Bonus to Build Shorter Than Allowed Slated for Approval 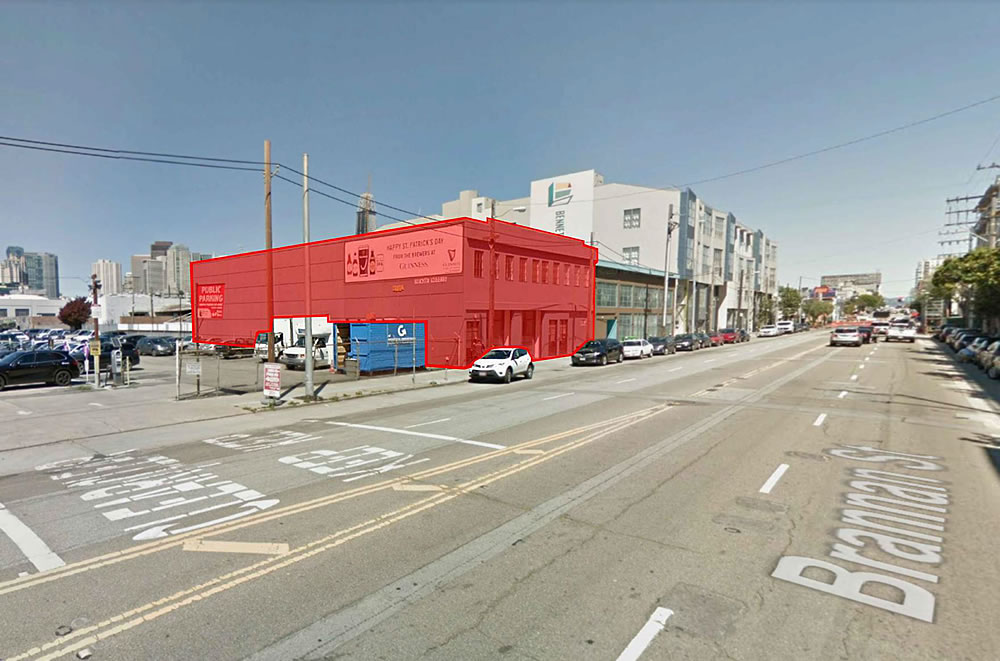 As we outlined back in 2019 when the plans were being drawn:

Buildings in which their highest occupied floor is over 75 feet in height must be designed to meet high-rise construction standards, which are more expensive to construct. And as such, Aralon is planning build up to 85 feet in height across the entire the Brannan Street site in order to reduce its project costs…

And as since refined and newly rendered by Iwamoto Scott Architecture below, in context with a placeholder for the million-square-foot development to rise on the corner, the proposed 85-foot-tall, 9-story building to rise across the lot at 560 Brannan Street would, in fact, yield 120 units, with 65 studios, 7 one-bedrooms and 48 twos, over 5,333 square feet of replacement Production Distribution and Repair (PDR) space, with a loading space but without a garage, assuming the approach is approved by Planning later this month, as is calendared. 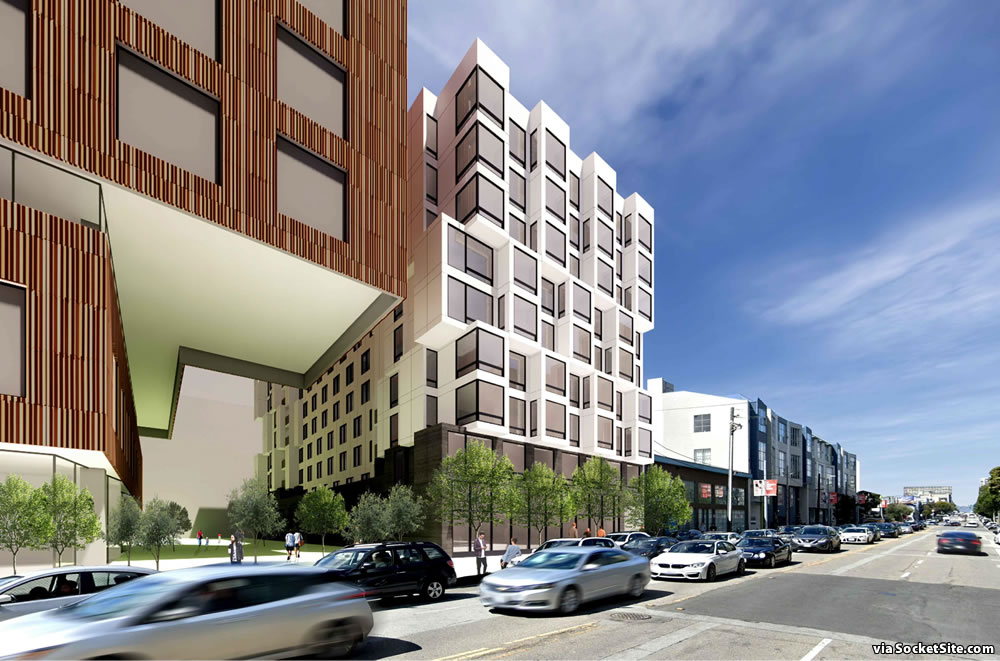 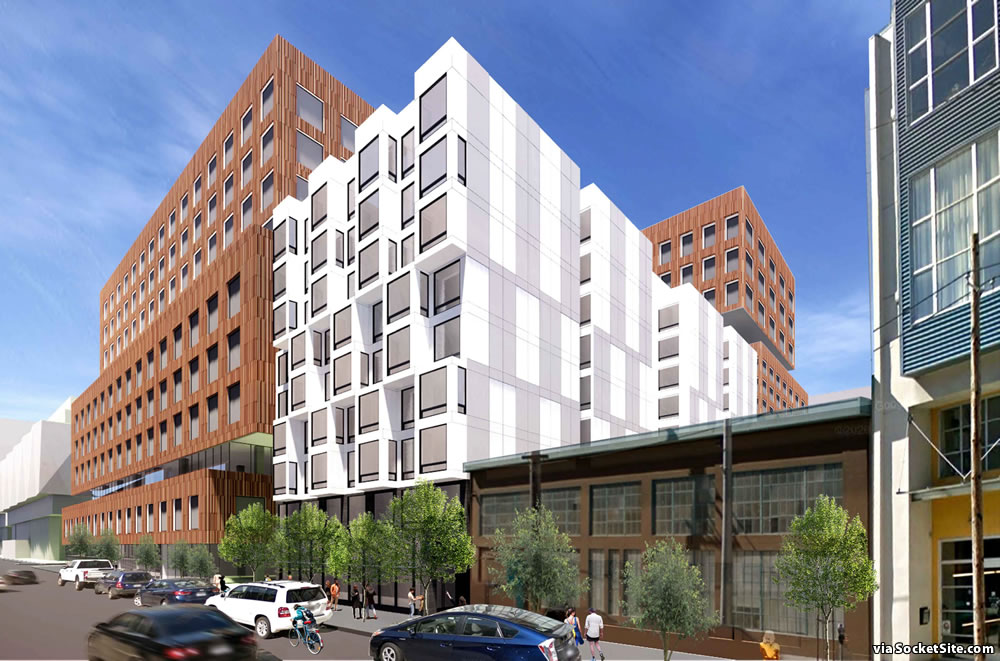 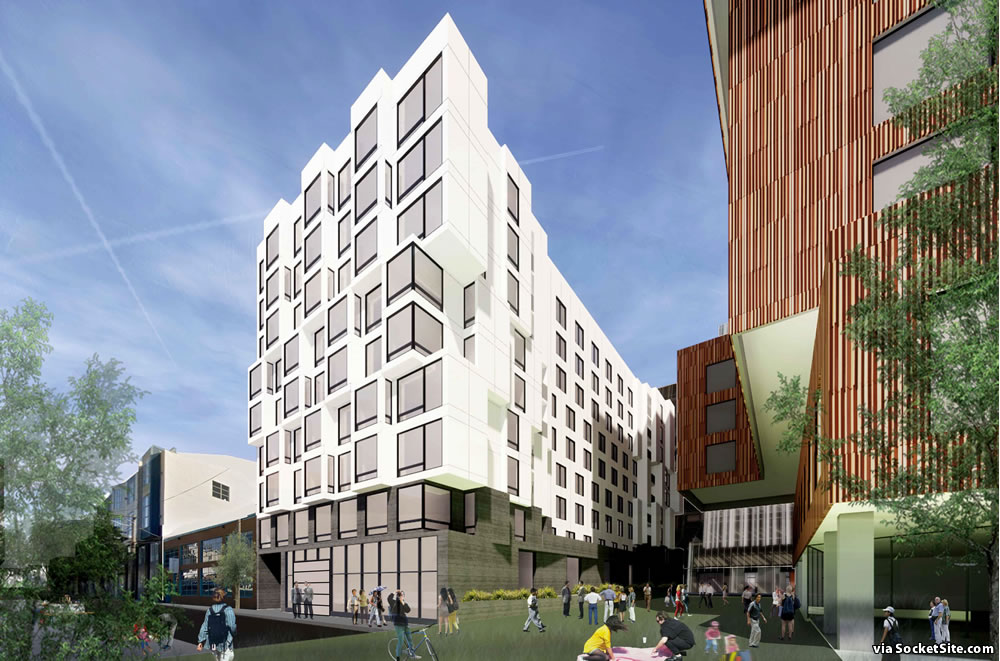 But we’ll note, neither demolition nor building permits for the proposed project, 18 units of which would need to be offered at below market rates (BMR), have yet to be requested. We’ll keep you posted and plugged-in.