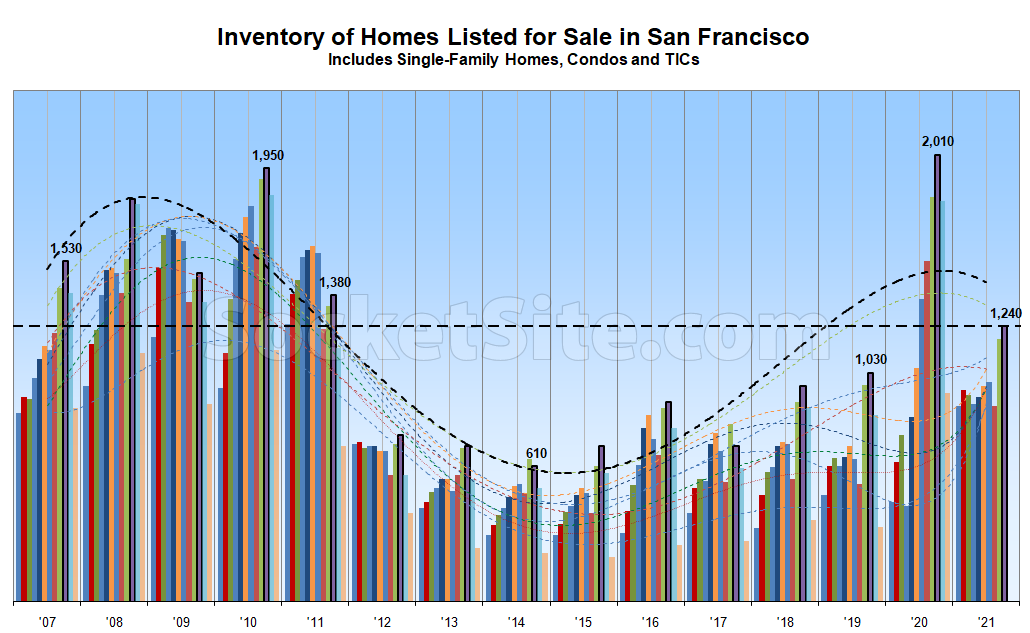 Having inched down a percent over the past week to 1,240, the number of homes on the market in San Francisco, net of new sales, appears to have hit its peak for the year, a move which shouldn’t catch any plugged-in reader’s by surprise.

Expect inventory levels to tick down over the next couple of weeks and then drop through the end of the year, with unsold inventory either withdrawn from the market and then re-listed as “new” in the spring or reduced. Speaking of which, 25 percent of all active listings have been reduced at least once, which is up from 22 percent last week and is on track to tick over 30 percent in November.