Number of Homes on the Market in S.F. Down 44 Percent, But… 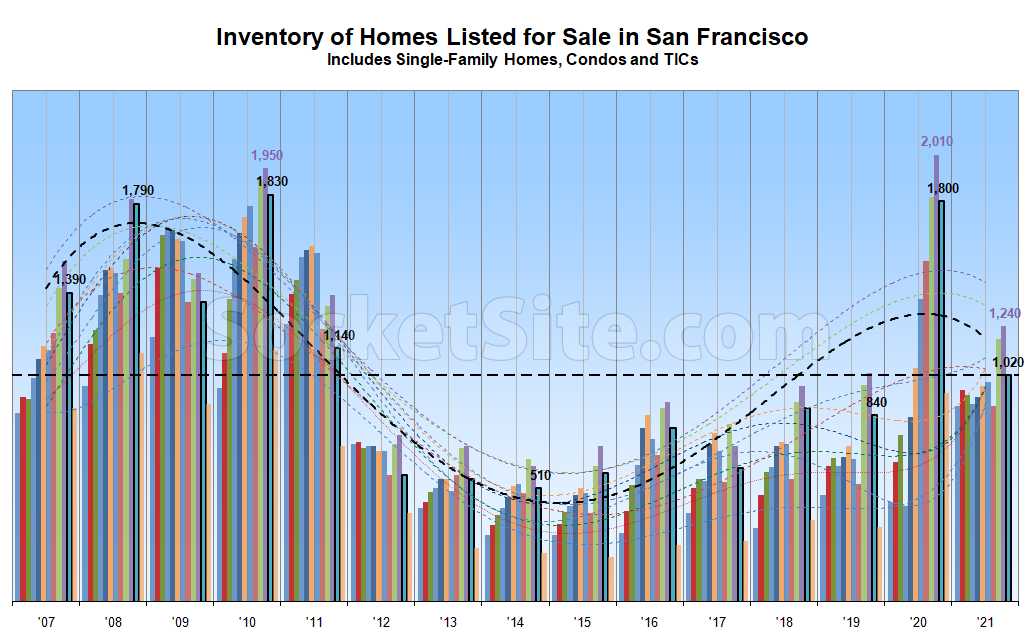 Having peaked last month, the net number of homes on the market in San Francisco has since dropped 19 percent to 1,020 and listed inventory levels are now 44 percent lower than they were at the same time last year.

Expect inventory levels to continue to drop through the end of the year, driven by unsold listings being reduced to spur a sale or withdrawn from the market and then re-listed as “new” in the spring, with 29 percent of the homes currently on the market having been reduced at least once and the average asking price per square foot, which slipped back under $1,000 per square foot two weeks ago, down 4 percent, year-over-year.

Bonus Plans for Building Up on Clement Closer to Reality