Landmark Bank and Former MOIC Building on the Market 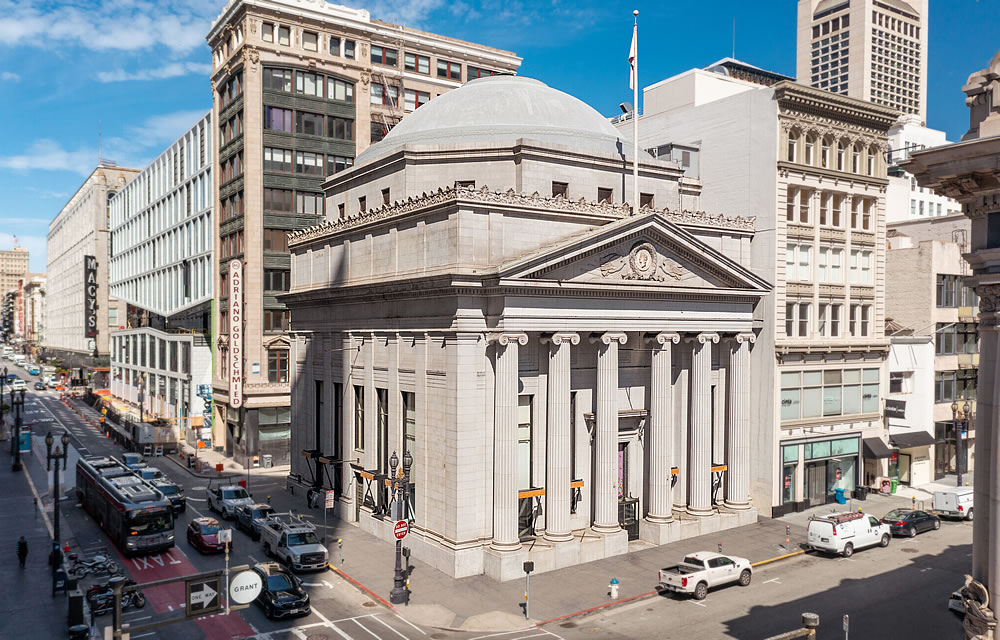 Designed by Bliss and Faville and built on the northwest corner of Grant and O’Farrell in 1910, the historic Savings Union Bank building at 1 Grant Avenue, a.k.a. the Security Pacific Bank building, is on the market.

Most recently home to the since shuttered Museum of Ice Cream (MOIC), prior to which it was home to Emporio Armani and the Armani Cafe, the Pantheon-derived building, which was landmarked by the City in 1981, measures over 28,000 square feet, with oversized bronze doors opening to a nearly 5,000-square-foot main room with ornate detailing and a 60-foot-tall ceiling.

And while an asking price hasn’t been advertised, the building, “an outstanding monument to the idealism of the American renaissance and the attempted urban harmony of the City Beautiful movement,” last traded for $16.3 million in 2015.