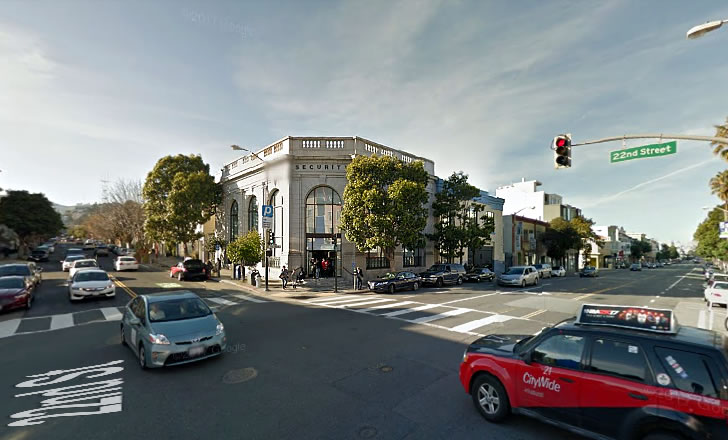 Having hit the market last month touting its excellent redevelopment potential, as we first reported at the time, the sale of the historic Hibernia Bank building at 1098 Valencia Street has closed escrow with a $11.898 million contract price.

Designed by Arthur Brown Jr. of Bakewell & Brown and City Hall fame and built for Hibernia Bank in 1924, an addition to the concrete and steel reinforced building on the northwest corner of Valencia and 22nd Street was added along the bank parcel’s Valencia Street frontage in 1995 and the now 12,700-square-foot structure was leased to the government for use by the Social Security Administration which has occupied the building(s) ever since.

Once again, while the GSA’s lease runs through July of 2022, the government doesn’t have an option to renew and the corner site is zoned for development up to 55 feet in height, with housing encouraged above the ground story and no hard limits on the number of units allowed to be constructed based on the size of the lot.

And yes, while original building has been identified as a historic resource, said designation wouldn’t prevent a new building from rising behind its façade.