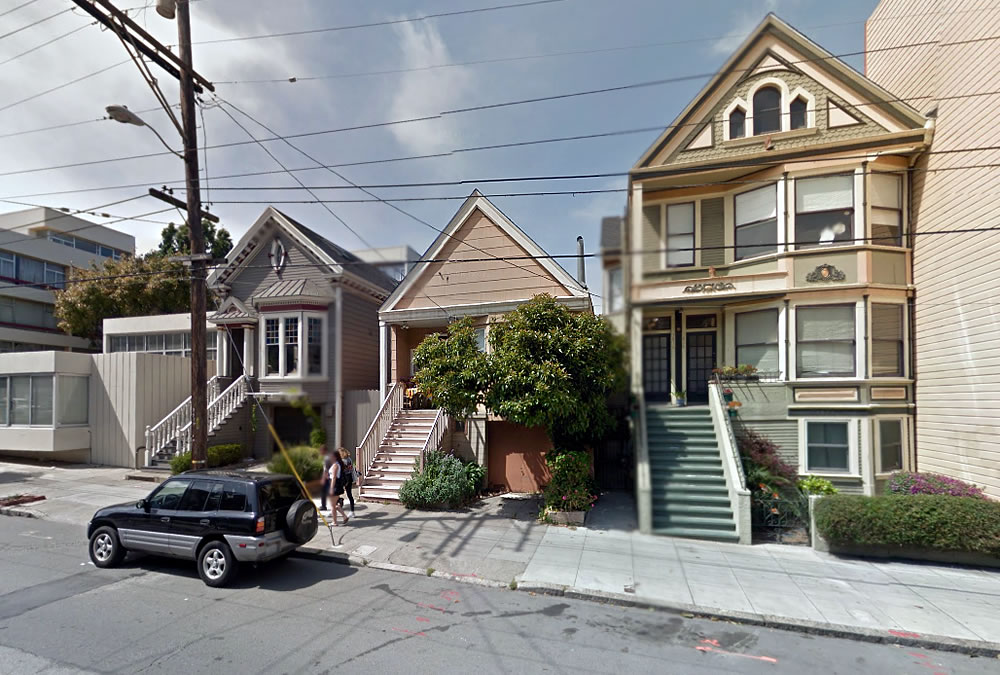 Speaking of infill projects, the plans for a proposed six-story, 60-foot-tall building to rise on 18th Street, between Church and Sanchez, could be approved by San Francisco’s Planning Commission this afternoon, as newly rendered by SIA Consulting (yes, that SIA Consulting) below. 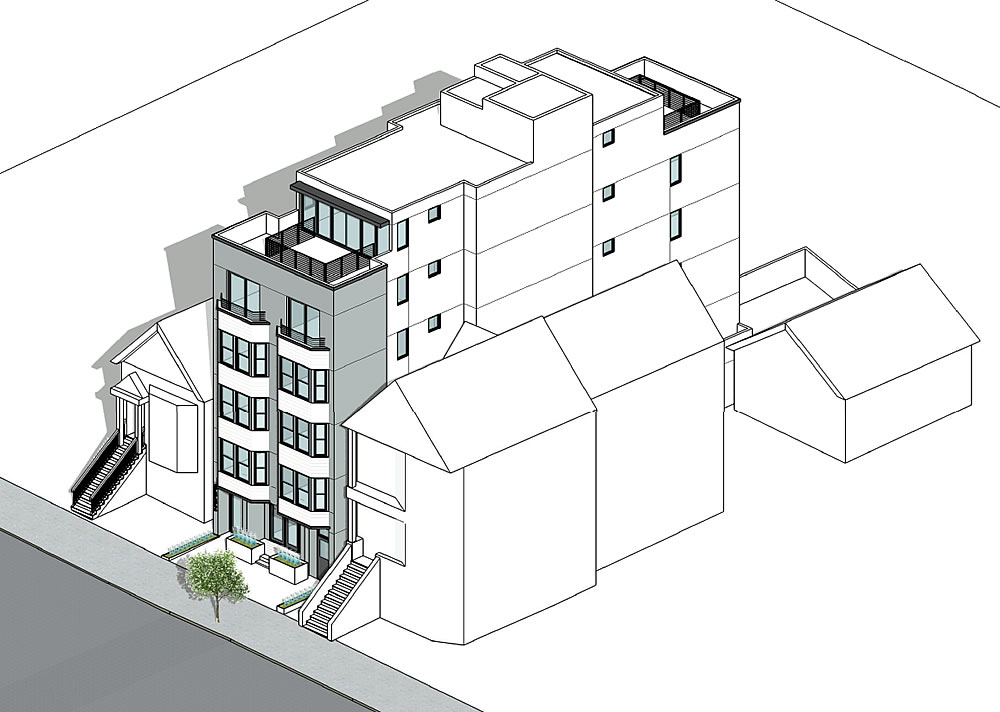 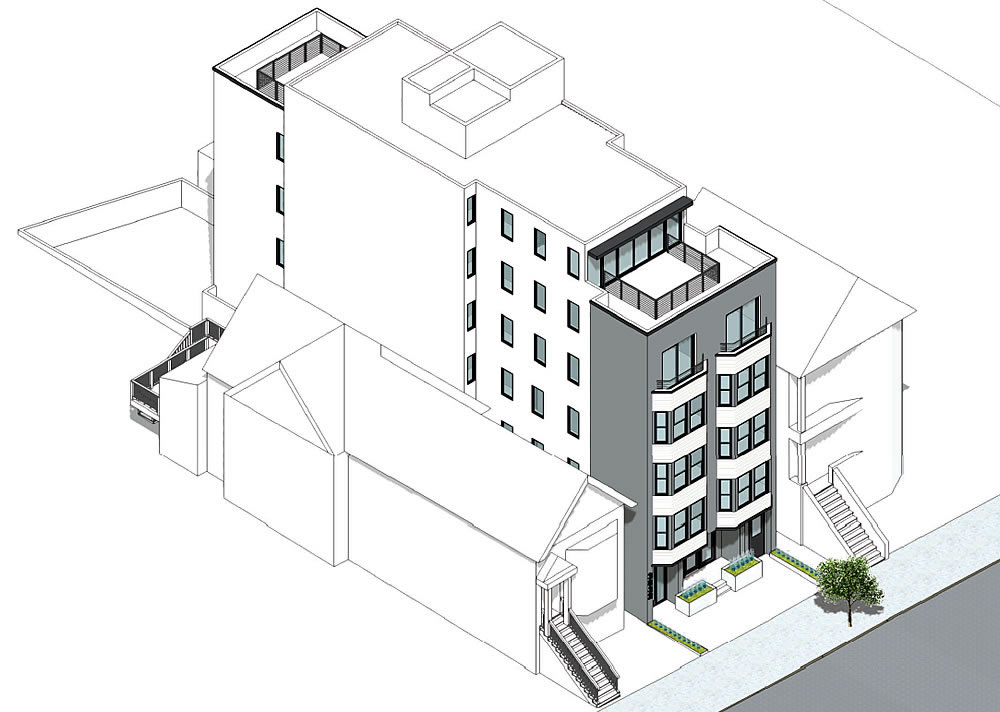 And while opposed by neighbors, who have sought to have the height reduced and the building redesigned, with interior-facing units, a basement level and smaller units in order to maintain the unit count, but will less mass, suggestions which have been rejected by the project team, San Francisco’s Planning Department Staff is recommending the project be approved as proposed, finding the project “to be necessary, desirable, and compatible with the surrounding neighborhood, and not to be detrimental to persons or adjacent properties in the vicinity.” 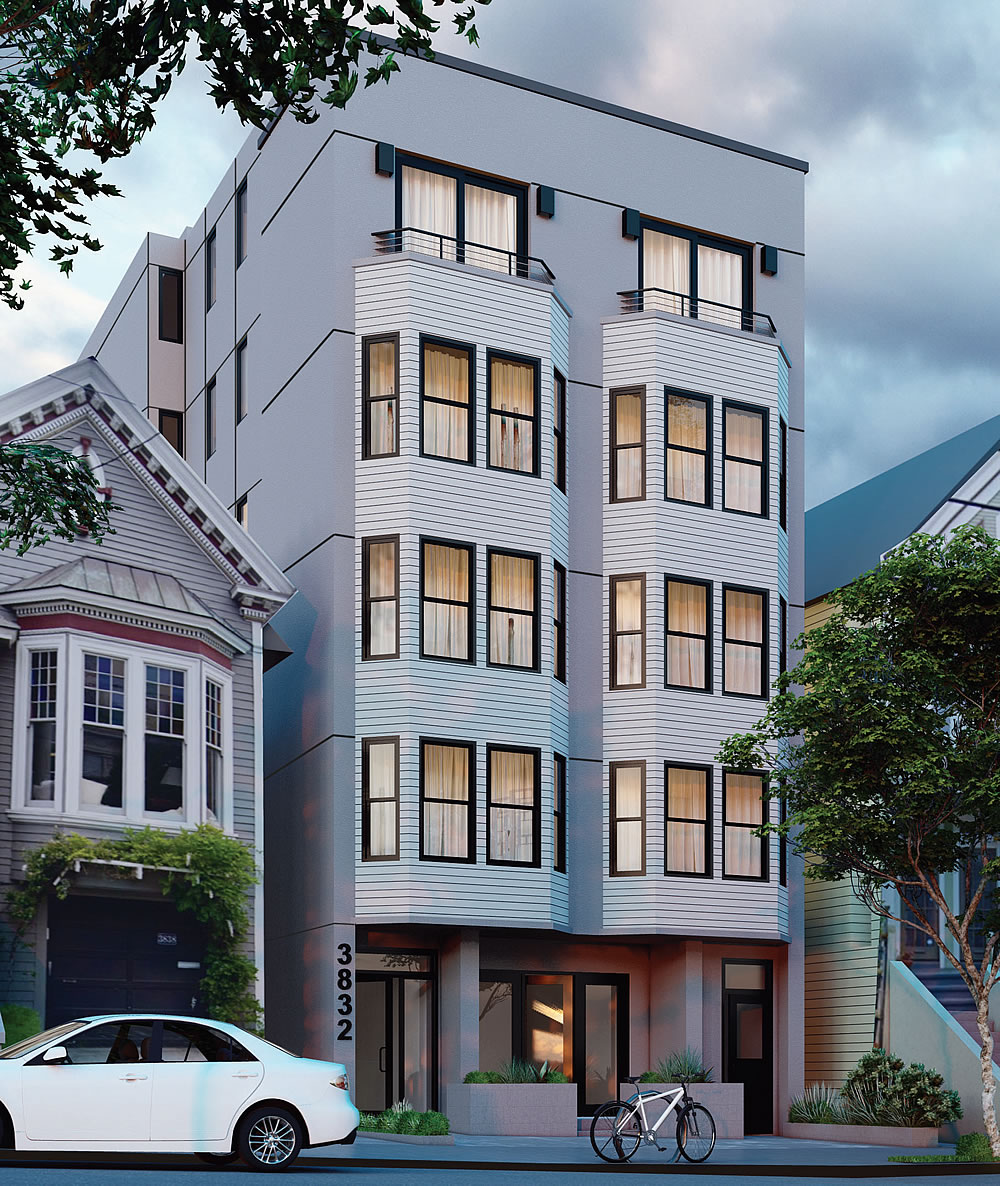