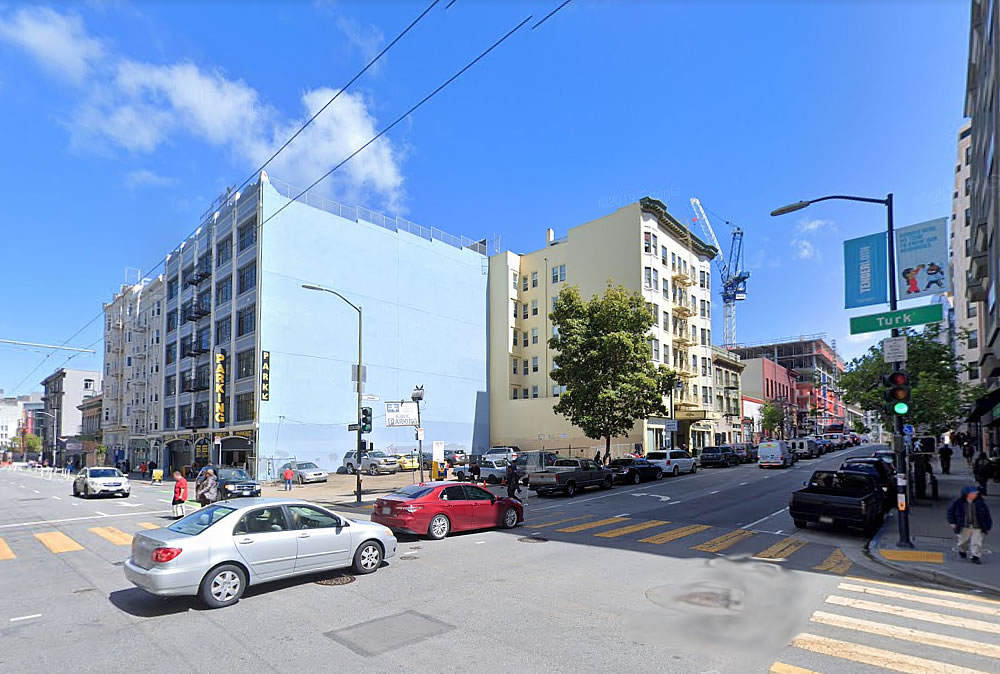 Having been forced to abandoned its plans to open a temporary drug sobering center on the parking lot parcel on the southeast corner of Jones and Turk, the City is now moving forward to fund the development of a 9-story below market rate (BMR) building on the Tenderloin site, the waylaid redevelopment of which has been in the works since 2005. 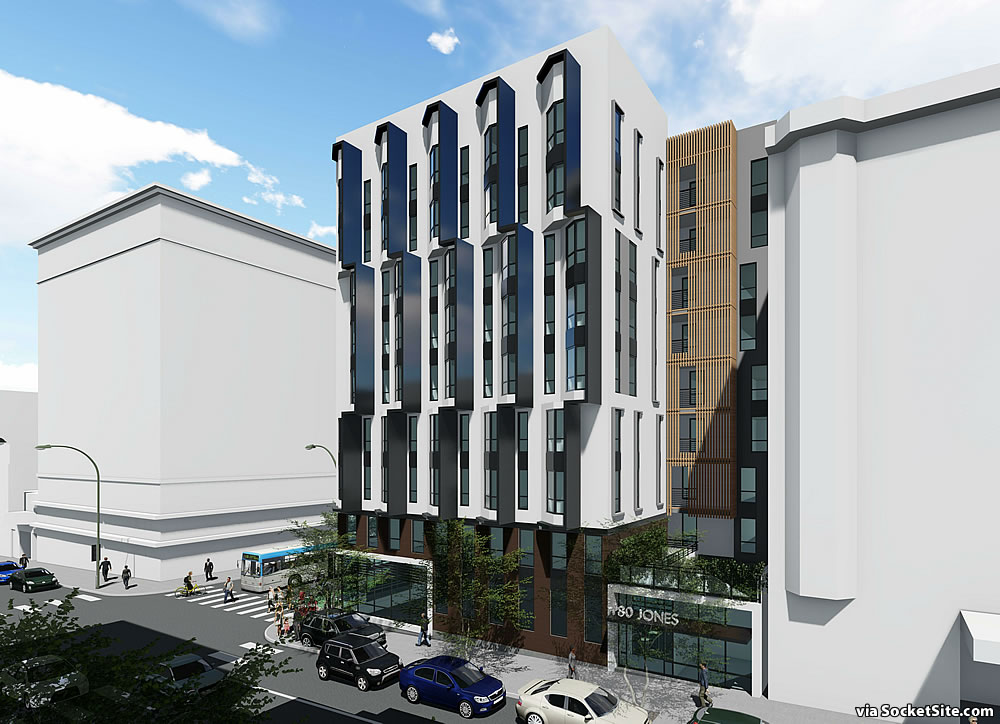 As designed by Van Meter Williams Pollack for the Tenderloin Neighborhood Development Corporation (TNDC), the development as envisioned would rise up to 85 feet in height and yield 70, 340-square-foot studio apartments, a community room and space for a building manager and social workers. 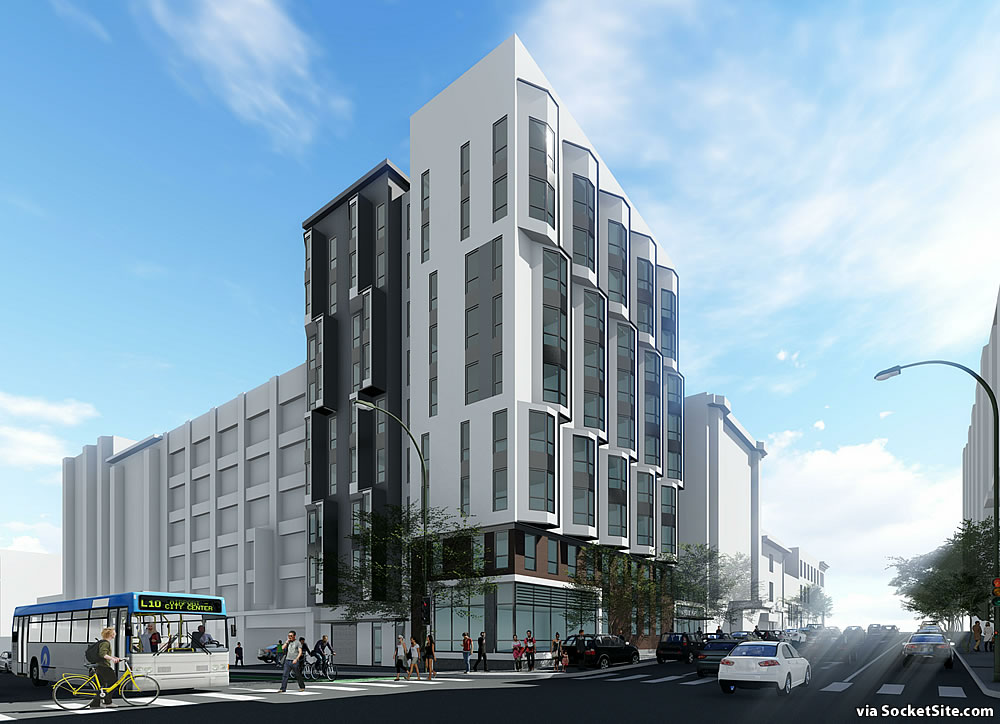 And with the Mayor’s Office of Housing and Community Development about to request the release of a Home Investment Partnership Program (HOME) grant from the United States Department of Housing and Urban Development’s (HUD) in order to kickstart the development, the ground at 180 Jones is now expected to be broken in the first quarter of 2022.