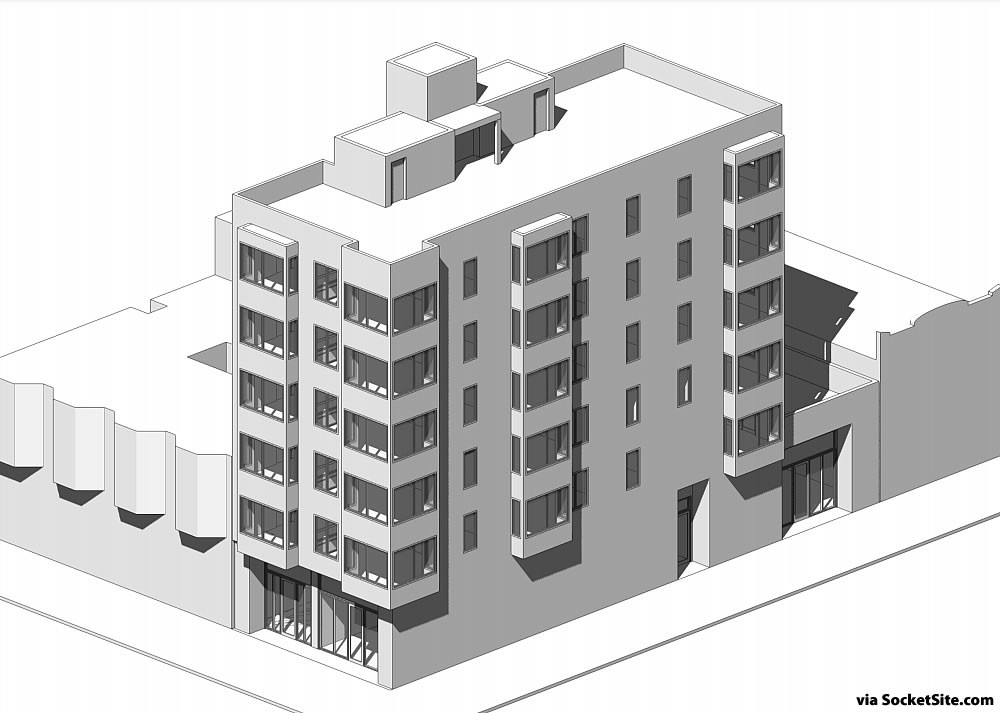 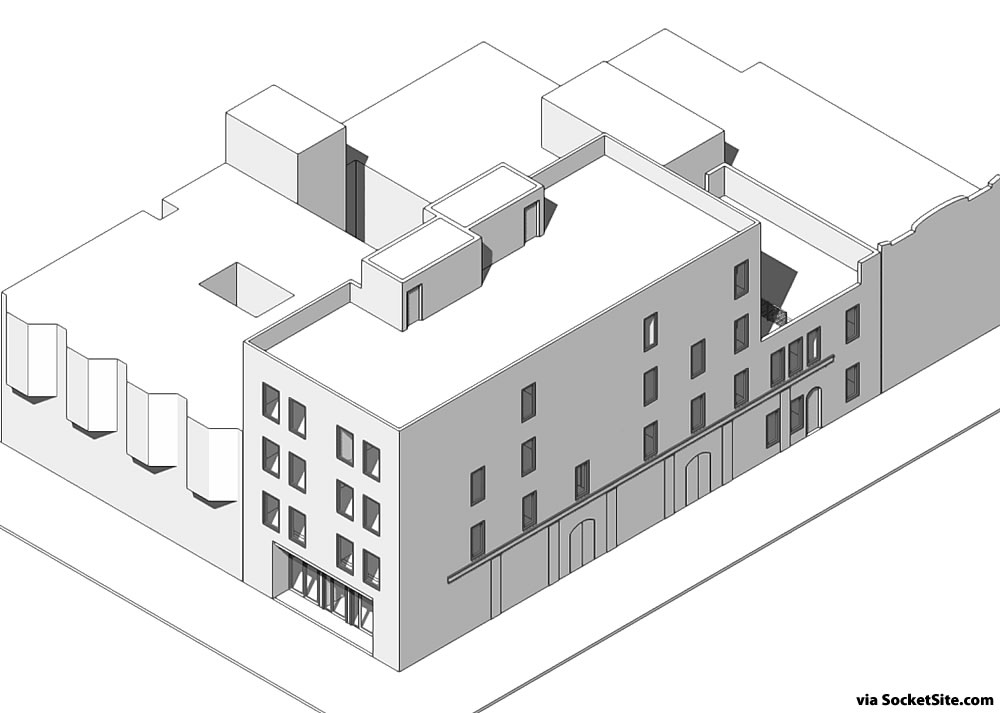 While plans for redeveloping the northwest corner of Clement Street and 23rd Avenue, upon which the historic 4-Star Theater sits at 2200 Clement, have been drafted by SIA Consulting, including a set of plans which envision a 6-story building rising up to 60 feet in height upon the site, with 16 residential units over a ground floor of new retail/commercial space, and building permits for a less ambitious two-story addition and conversion of the building into 5 residential units, with a ground floor retail space, were requested late last year, a project has yet to be approved and the permit request appears to have been abandoned. 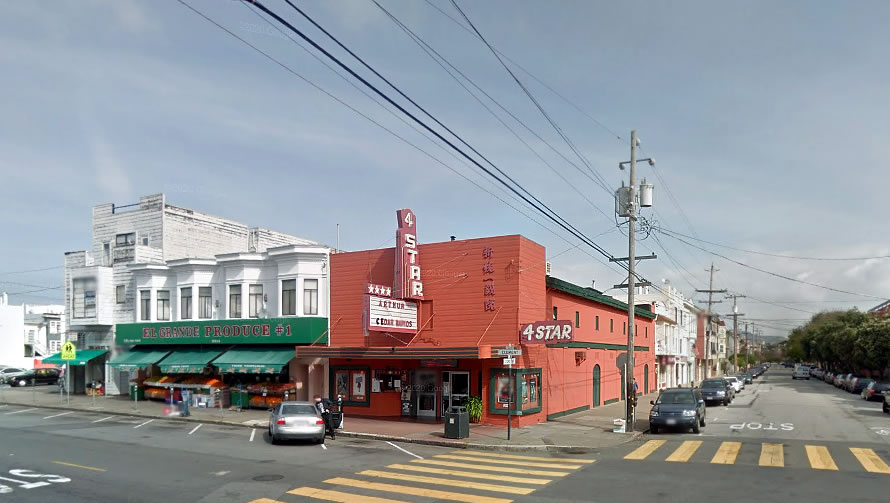 And the 109-year-old Richmond District building, which was purchased for $1.45 million in December of 2006 and has been marked as a contributor to the (discontiguous) San Francisco Neighborhood Movie Theater Historic District, is now back on the market with a $1.8 million price tag.