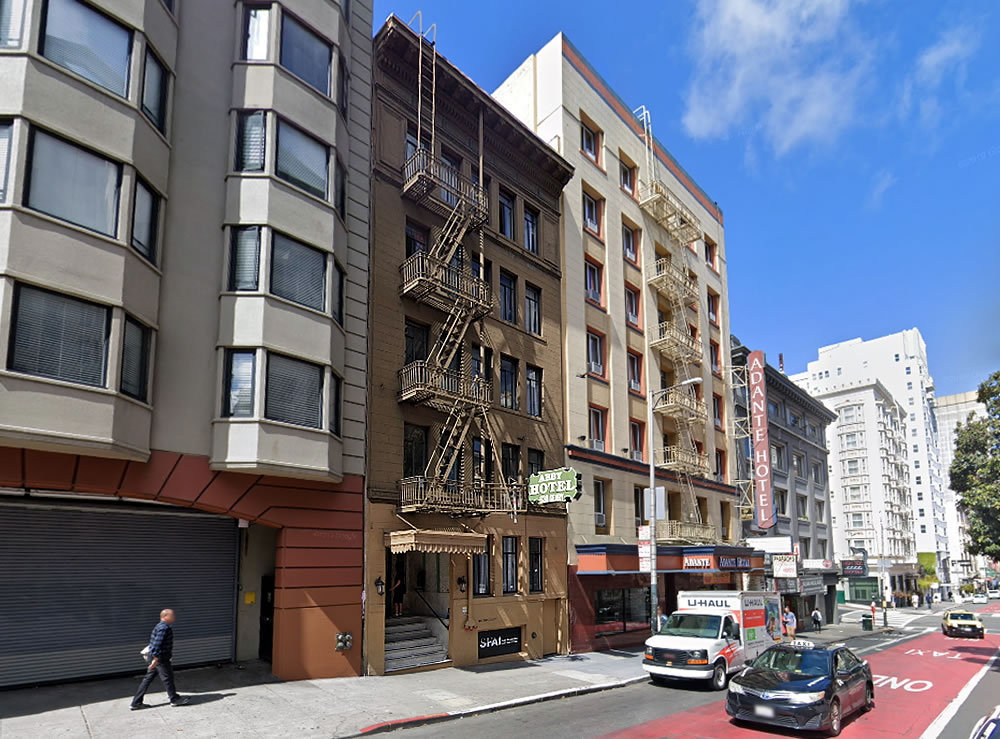 With the master lease to the San Francisco Art Institute, which had been using the building for student housing, having expired last year, and 52 of the 54 units, 27 of which had private bathrooms, having been delivered vacant, the former Abby Hotel at 630 Geary Street traded for $8 million last June with “plans [having] been drawn up to add private bathrooms to the remaining units.”

And in July, an Over the Counter (OTC) permit for an “in kind [and] cosmetic” remodel, including new “paint, flooring [and patching],” was requested, approved and issued for the building, which then returned to the market as a newly remodeled “Abby Hall.”

But with a field inspection having noticed 36 new showers, 30 new toilets and a new communal kitchen having been installed, along with the split of the former manager’s unit into two new units and the construction of a new manager’s suite in the basement, which was a bit beyond the “cosmetic” remodeled that had been permitted, an enforcement action is now underway along with a request to retroactively approve the premeditated approach and allow the building to operate as a 58-room Residential Hotel.