The Numbers Behind the Lease Up of New Below Market Units 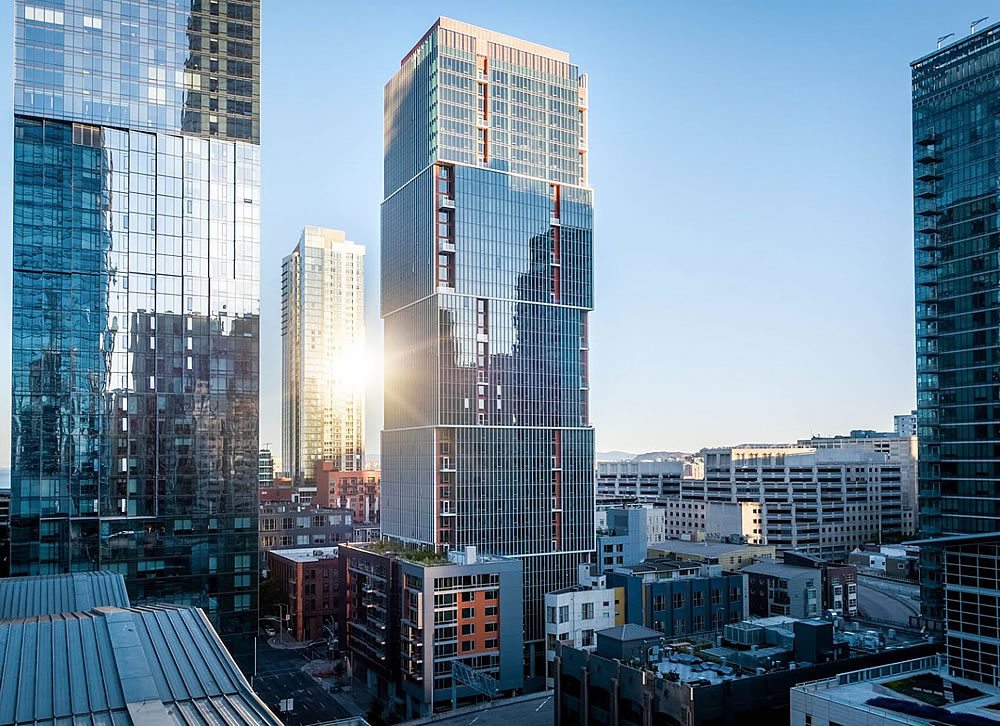 Nearly 7,000 applications (6,849) were received for the 108 Below Market Rate (“BMR”) rental units in the new 537-unit development at 500 Folsom Street, on Transbay Block 9, which was completed at the end of 2019. And while waylaid by the pandemic, BRIDGE Housing was able to have 100 percent of the BMR units leased up and occupied by the end of last August.

A mix of 34 studios, 61 one-bedrooms and 13 twos, including one (1) managers unit, the 108 units are now home to 234 individuals, including 65 children and 30 seniors, with 57 of the parking spaces in the building’s new six-level garage having been allocated to the BMR units by way of a lottery.

While priced at 50 percent of the Area Median Income (AMI), with monthly rents ranging from $1,026 to $1,302, the average income of the applicants was only 35 percent of AMI.

And while 102 of the households originated in San Francisco, as mapped below, six (6) of the new occupants, who work in the San Francisco, came from Daly City, Oakland, Pacifica, Sacramento, San Leandro, and San Pablo and no longer have to commute into the city for work. 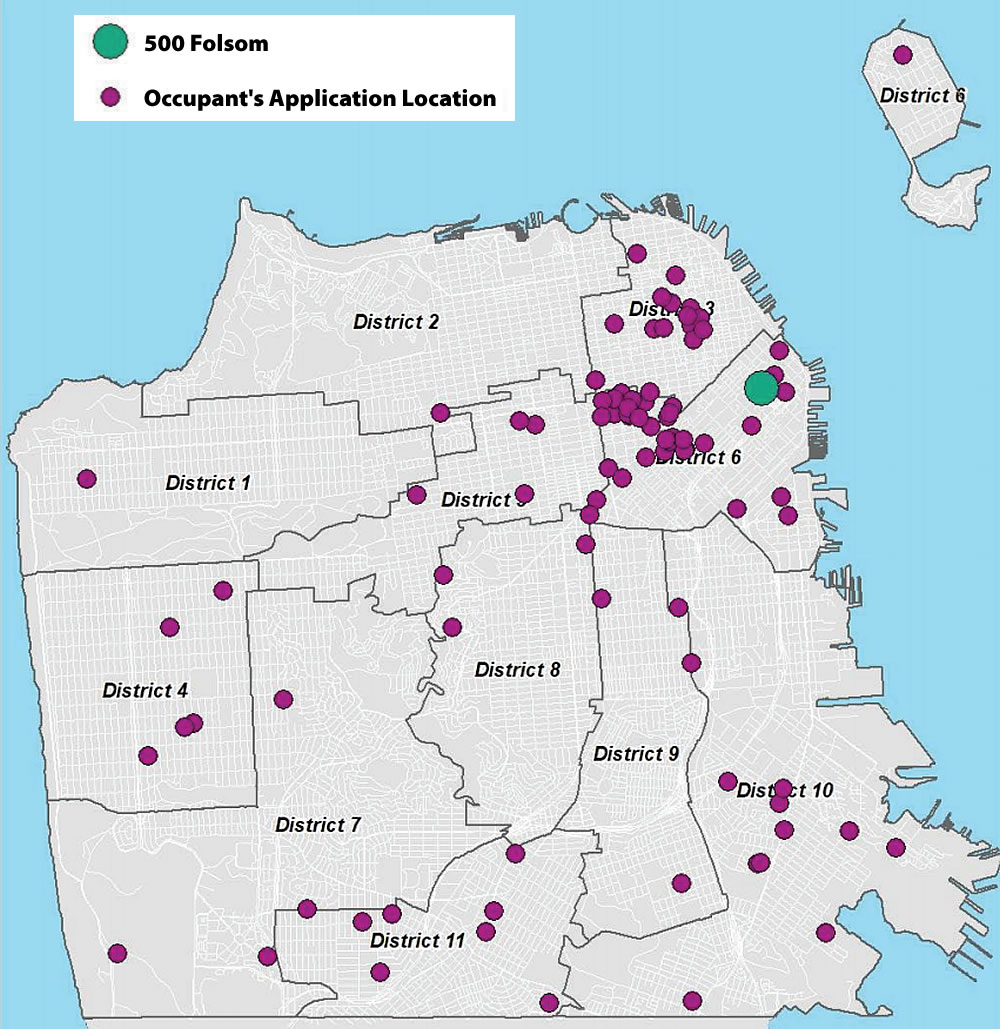 Rents in San Francisco Are Not on the Rise, at Least Not Yet

Number of Homes for Sale in San Francisco Drops, But...