Number of Homes for Sale in San Francisco Drops, But… 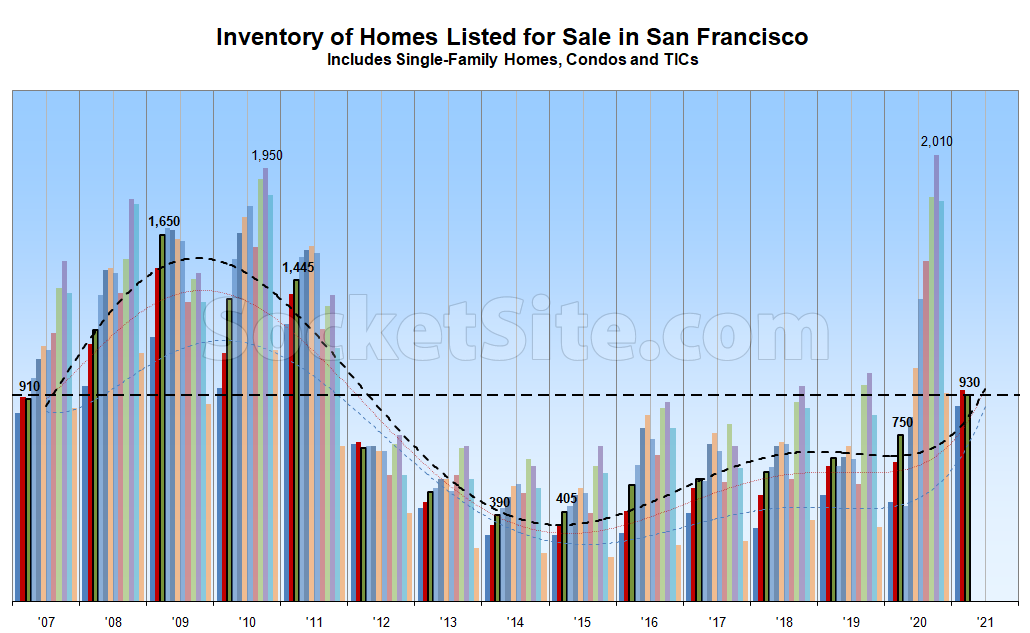 Having inched up a percent last week, the net number of homes on the market in San Francisco has since dropped 5 percent driven by an uptick in contract activity.

And in fact, while there are still 22 percent more homes on the market (930) than at the same time last year, versus nearly 30 percent fewer nationwide, single-family home inventory (230) is now down 11 percent, year-over-year, in San Francisco while the number of condos on the market (700) is still up 40 percent.

All that being said, the percentage of homes on the market with a reduced list price is still hovering around 20 percent, which is 3 percentage points higher than at the same time last year, with 40 percent more reduced listings in the absolute.

Expect inventory levels to climb over the next quarter and through the middle of the year, with a big year-over-year jump next week driven by an exodus of listings last March.

The Numbers Behind the Lease Up of New Below Market Units