New Tower Tops Out, on Track for Delivery This Year 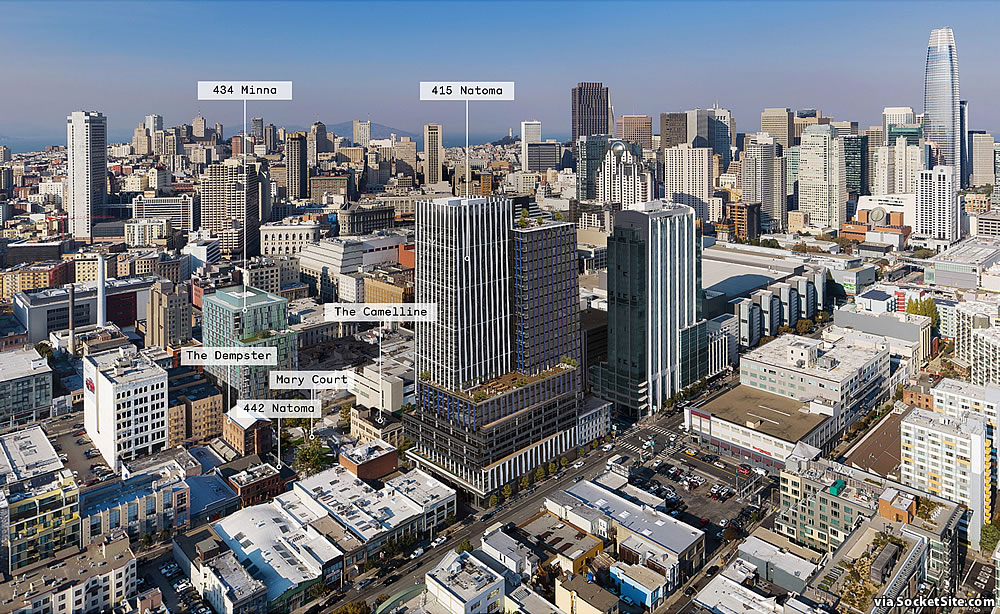 The 25-story tower rising at 415 Natoma Street, the first building of the massive 5M Project, which spans a 4-acre South of Market site stretching from Mission to Howard and Fifth to Mary, has officially “topped out.” 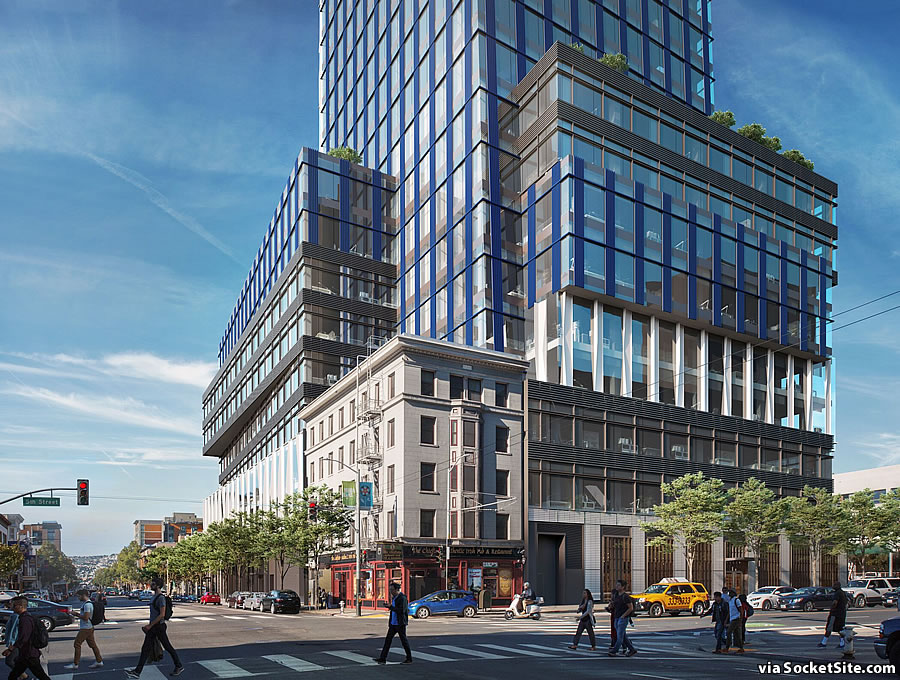 And with around 14 million square feet of vacant office space currently spread across San Francisco, the 640,000-square-foot office tower which wraps around The Chieftain at the corner of Fifth and Howard and was designed by Kohn Pederson Fox (KPF) and House & Robertson Architects to attract “modern HQs,” but has yet to ink a tenant, is on track to be ready for occupancy by the end of the year.

Construction on the 302-unit, Ankrom Moisan designed apartment building rising at 434 Minna Street, along Mary to Mission, is on track to be completed by the end of the year as well, along with with the renovation and repurposing of the historic Dempster building (with dedicated space for arts, cultural and educational uses) and a new Mary Court park between. 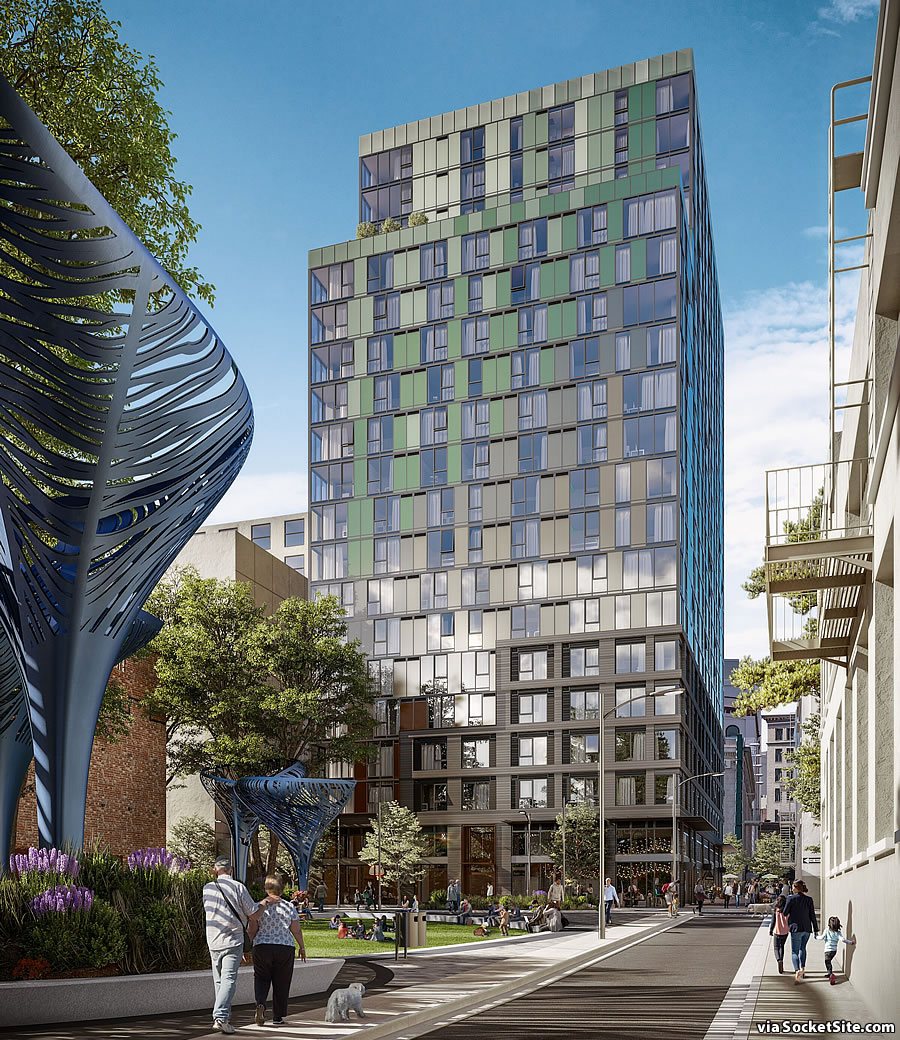 And while not rendered above nor under construction, plans for a modern 400-unit condo tower to rise up to 470 feet in height along Fifth, between the new 415 Natoma tower and Hearst’s historic Chronicle building at Fifth and Mission, which is to be renovated, with the addition of a 23,000-square-foot rooftop park, remain in place but have yet to be scheduled.