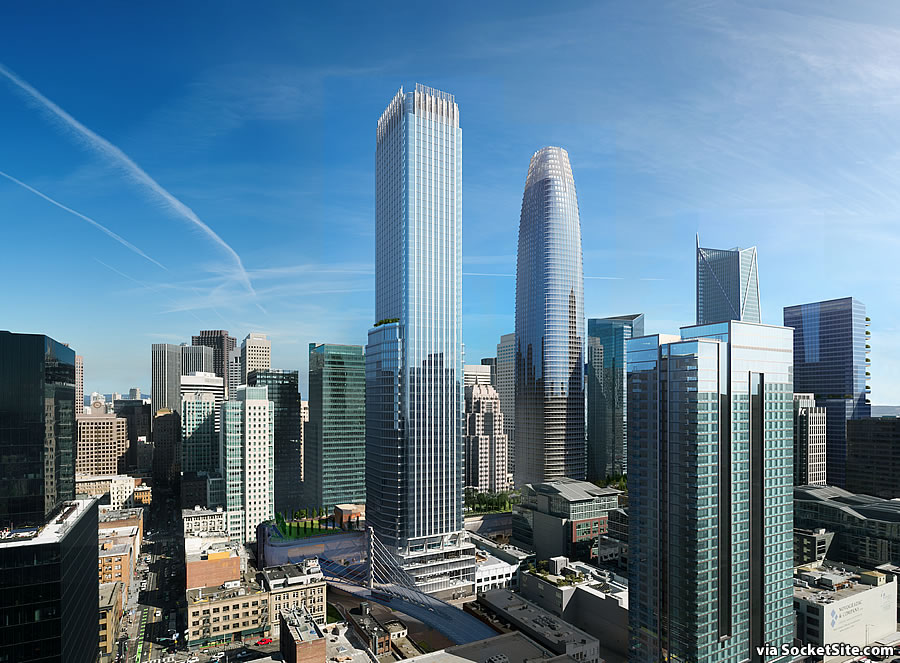 The refined plans for a 61-story tower to rise up to 800 feet in height at 542-550 Howard Street (a.k.a. Transbay Parcel F) were approved by San Francisco’s Planning Commission early last year, plans which could yield 165 condos, a 189-room hotel, 275,000 square feet of office space and 9,000 square feet of retail, with a basement garage for 183 cars and a pedestrian bridge connecting the tower to the park atop the Transbay/Salesforce Transit Center. 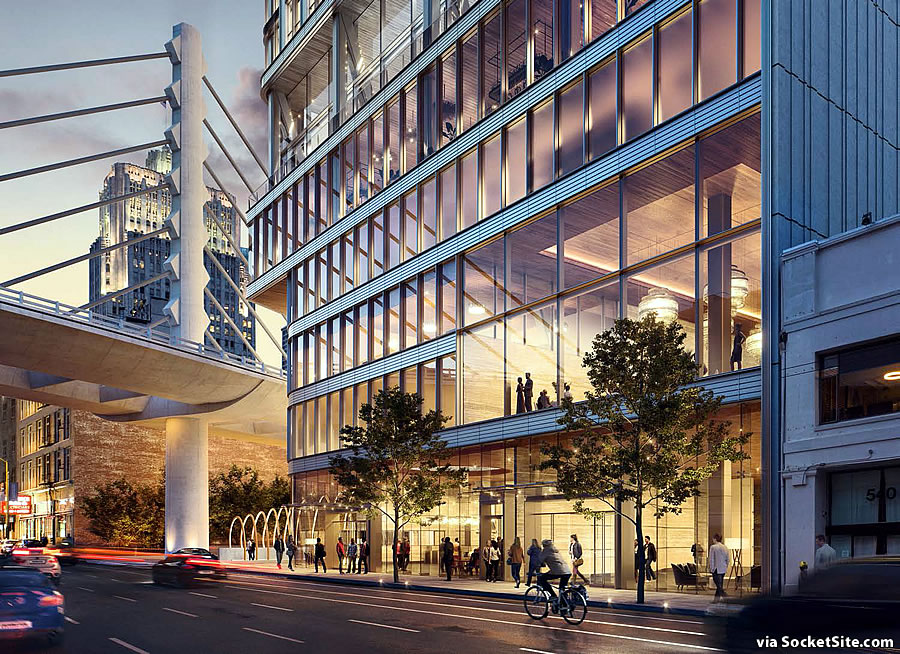 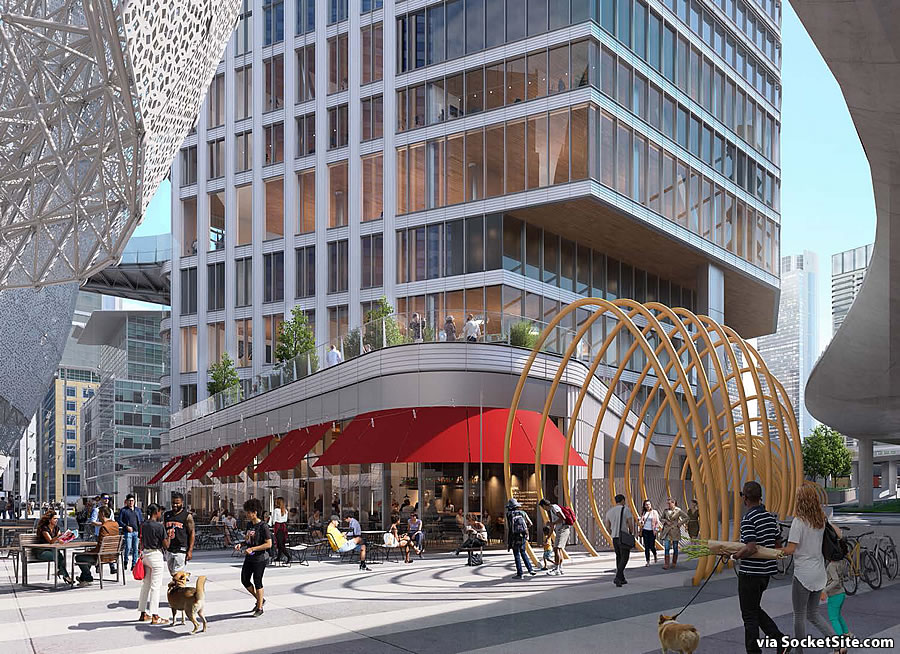 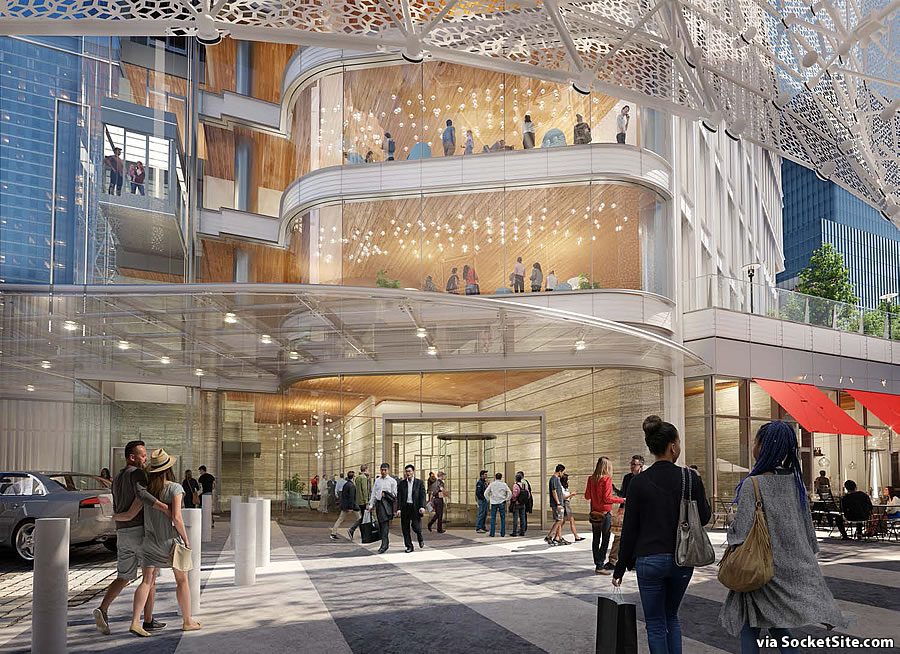 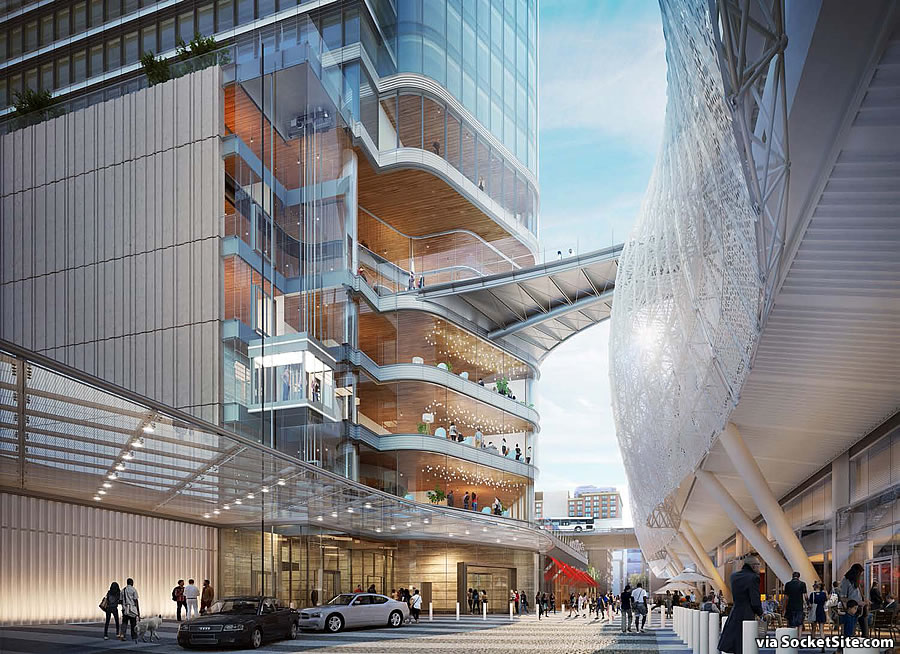 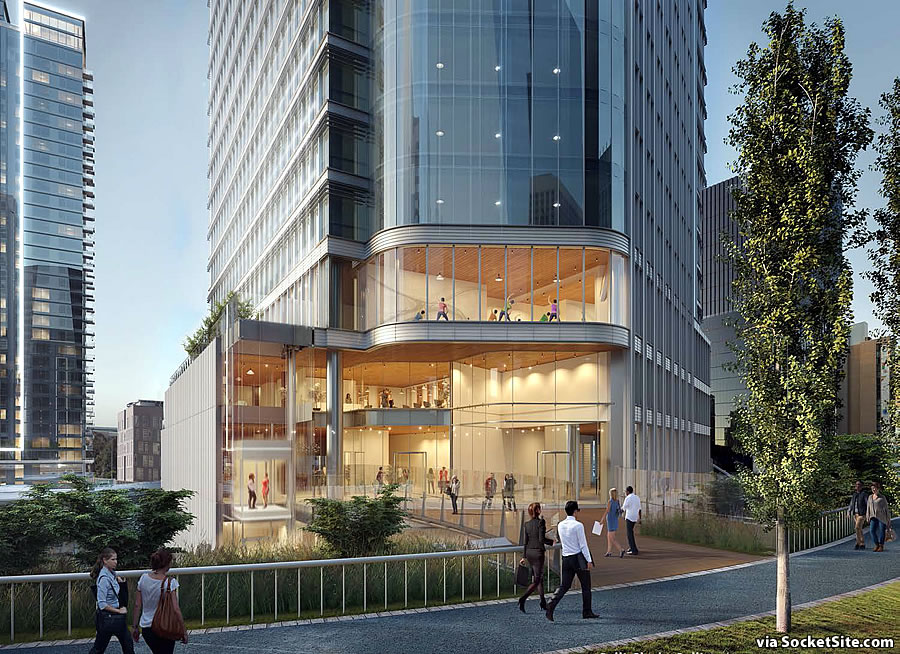 As we noted at the time, all 165 of the tower’s condos were designed to be sold at market rates, with the required inclusionary housing (BMR) component of the project to be fulfilled off-site, within a 713-unit building proposed to rise on the northern third of the temporary Transbay Terminal site, fronting Howard Street between Beale and Main (a.k.a. Transbay Block 4).

But in order to receive an occupancy permit for the 165 market-rate condos atop the Parcel F tower, the 33 below-market rate units for the project would first have to be built on Block 4.

And citing “the practical challenges” and “financing risk” associated with conditioning the occupancy of the 165 tower units with the “timely completion of a separate, offsite project,” a structure which the development team, which is led by Hines, had actually proposed, F4 Transbay Partners is now seeking approval to pay an enhanced in lieu fee of around $45 million to the City’s Office of Community Investment and Infrastructure (OCII) to fund the development of affordable housing in the District rather than include any affordable housing for the tower either on or off-site, a proposal which is slated to be conditionally approved by the Commissioners of the OCII this afternoon.

At the same time, building permits for the Parcel F tower have been requested and are close to being approved.  We’ll keep you posted and plugged-in.