As proposed, seven Berkeley parcels fronting Blake Street and Dwight Way, between Shattuck Ave and Milvia Street, will be merged and two new residential buildings would rise up to 82 feet in height upon the 2015 Blake Street site, with a three-story building on the corner of Blake and Milvia and a seven-story building mid-block.

The development would yield a total of 161 residential units with a basement garage for 93 cars and a shared roof deck upon the mid-block building, as designed by Lowney Architecture for the Laconia Development team. 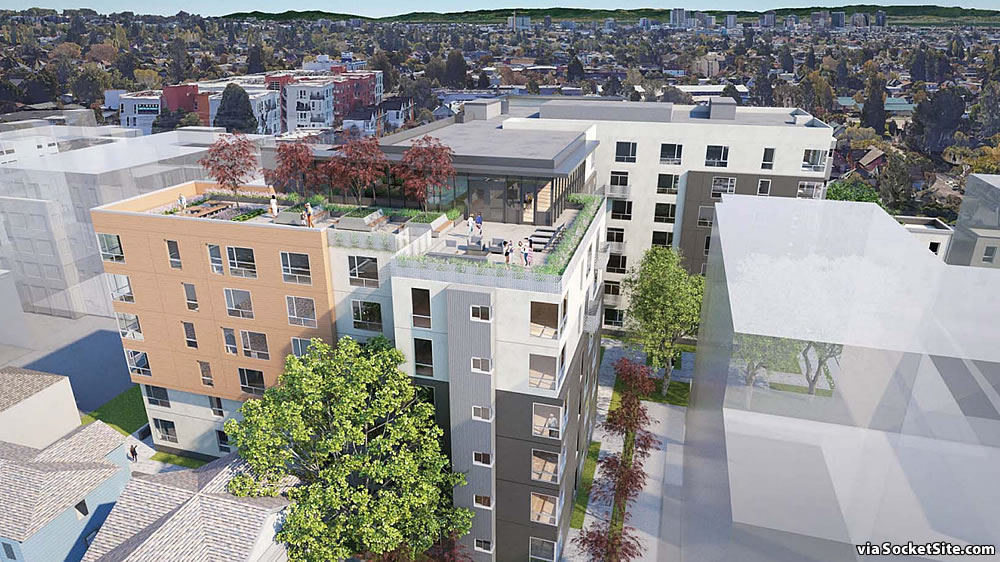 And while four of the existing buildings on the site would be demolished, two of the buildings, 2012 and 2020 Dwight, would be shifted towards the street and together, and restored, the plans for which will be presented to Berkeley’s Zoning Adjustments Board next week with an Environmental Impact Report (EIR) for the project in the works and a planned Density Bonus for building over 65 feet in height, which is the maximum height for which the site is zoned. 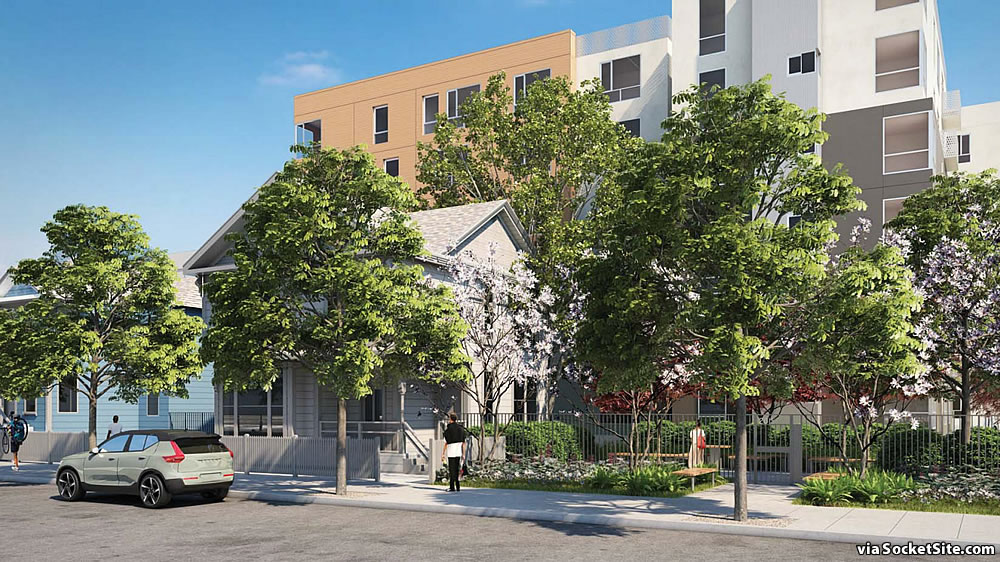