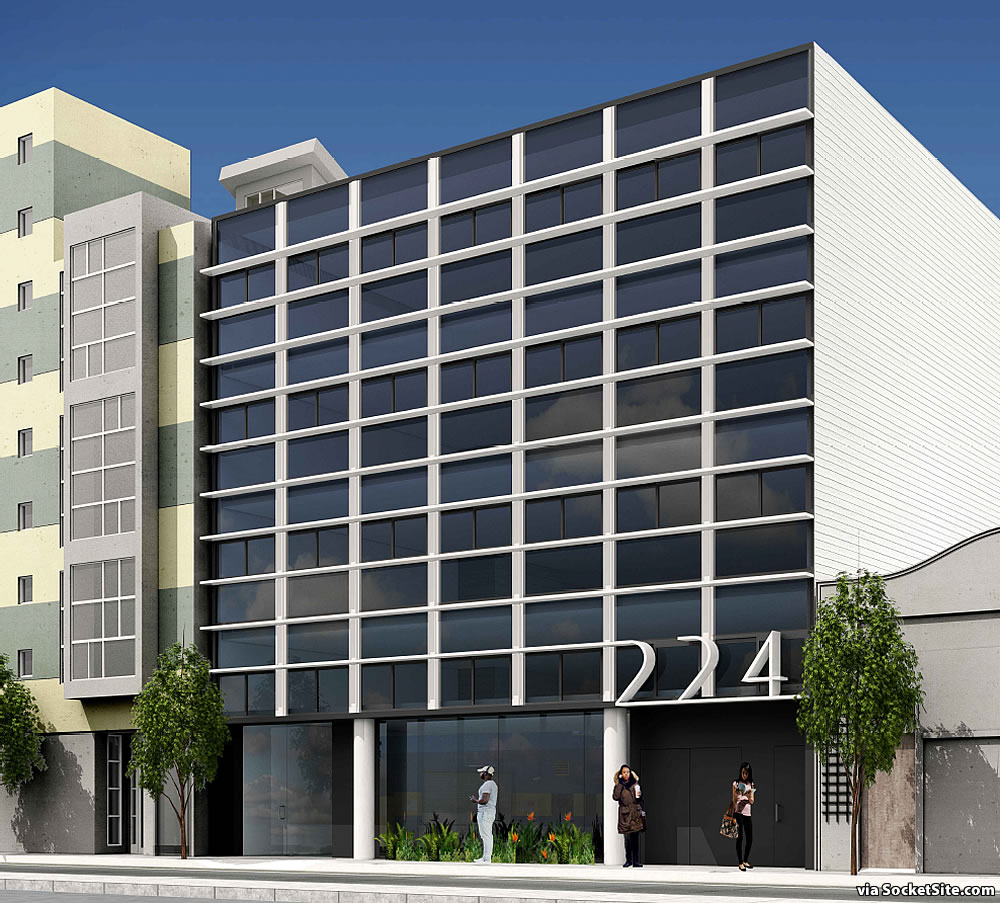 The plans for a modern five-story, nine-unit SoMa development to rise at “224 Clara,” between 5th and 6th Streets, could be approved by Planning this week. From the design team at STANLEY SAITOWITZ | NATOMA ARCHITECTS last year:

The grunge of SOMA San Francisco remains, but the demographics are new. It is now an international gathering of millennial techies that inhabit the streets in a babel of tongues. This new population have sophisticated urban tastes and money. These units are for them.

[The top four floors of the building are] divided into two units, each accessed directly from a two-sided elevator. The open floor is anchored by two circular elements which contain the bathrooms and establish the sleeping areas. A linear kitchen floats and becomes a desk. The space is both open and intricate, flowing around the objects and into the defined areas behind.

A full-height pocket door emanating from the curved wall of the secondary bathrooms in each of the eight two-bedroom units, which would measure around 1,180 square feet apiece, would allow for the full enclosure of the second bedrooms from the open living rooms (with a 840 square foot one-bedroom on the building’s second floor).

And while neither demolition or building permits have yet to be requested for the project, the proposed development would rise on the two-parcel site of the 800-square-foot, single-family home at 228 Clara Street which was purchased for $1.525 million in May of last year, following the tragic discovery of the decapitated torso of Brian Egg, who had owned and occupied the little home since the 1970’s, inside. 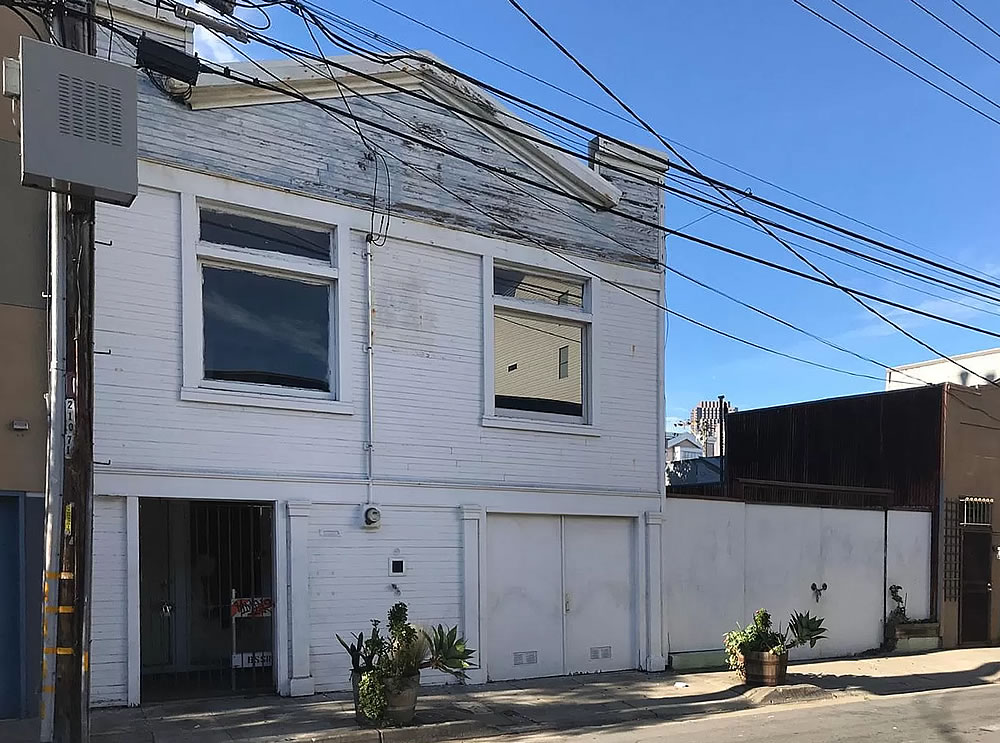