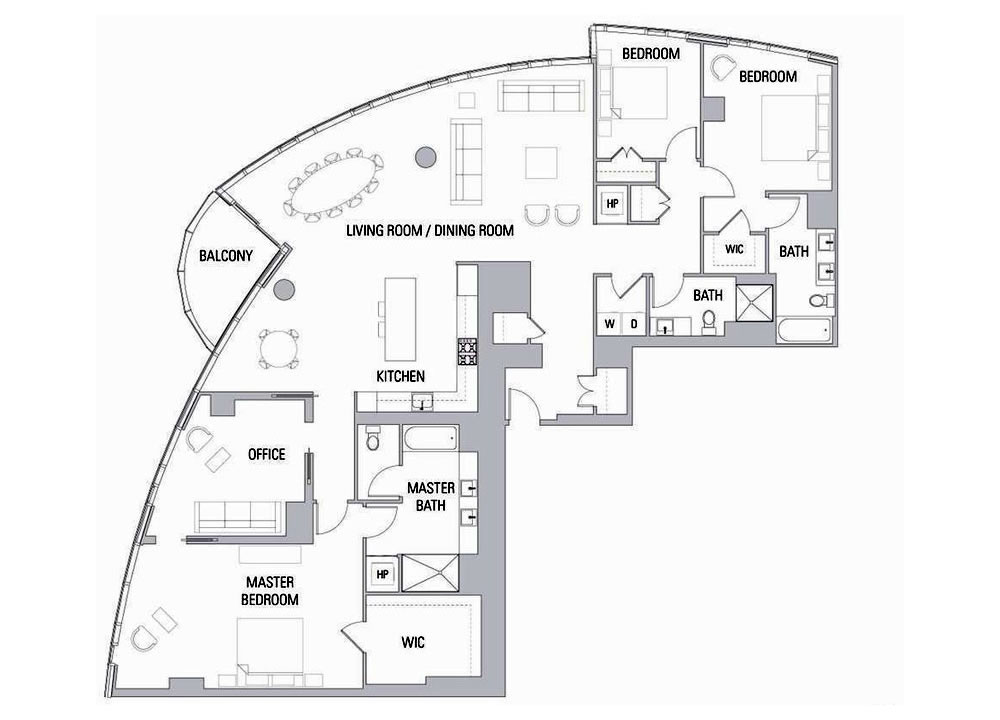 The “premier” unit – which is outfitted with a private view balcony, a fully enclosed den/office/fourth bedroom, three full baths and features “walls of glass framing N & E exposures of San Francisco’s Bay & skyline in South of Market’s most desirable, full service condo development,” according to its most recent listing – returned to the market this past May priced at $5.595 million, a sale at which would have represented total appreciation of 6.6 percent for the luxury unit since the third quarter of 2018.

For those running the numbers at home, the unit’s HOA dues, which include valet parking in the building’s garage, are currently running $1,461 per month.

And while $1,565 per square foot certainly isn’t “cheap,” it was 20 percent cheaper on an apples-to-apples basis than in August of 2018 (while the index for Bay Area condo values is only down 2.7 percent over the same period of time and “median sale prices” are up).