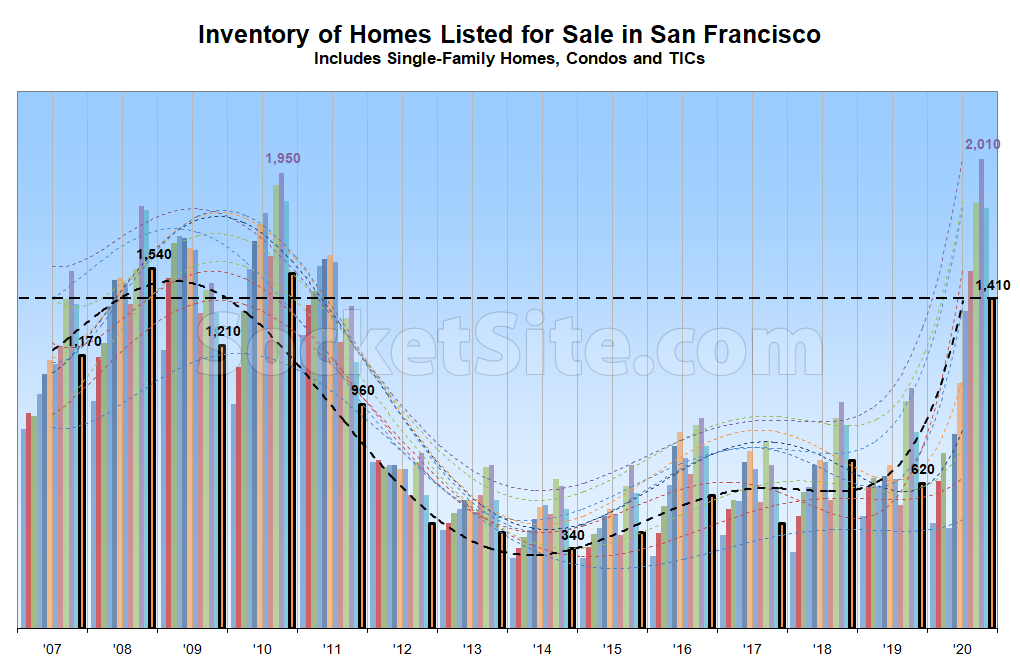 With a typical slowdown in new listing activity and seasonal culling of unsold listings, which are likely return to the market as “new” in the New Year, underway, the net number of homes listed for sale in San Francisco dropped another 7 percent over the past week to 1,410, a number which should continue to drop by up to 50 percent through the end of the year.

That being said, inventory levels are still running 130 percent higher than they were at the same time last year, with 150 percent more condos on the market and 77 percent more single-family homes.