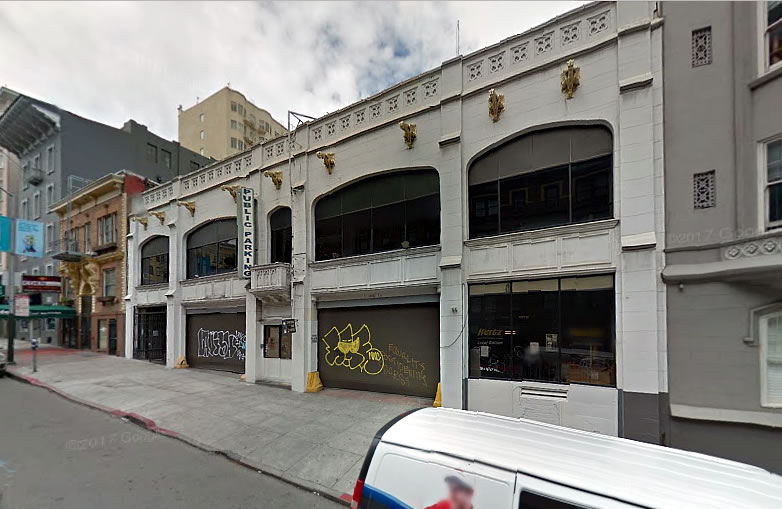 Having been redesigned by Brick to retain and incorporate the existing garage’s façade on the O’Farrell Street site, a façade which was known to be a contributor to San Francisco’s Uptown Tenderloin Historic District and had raised preservation related concerns, the refined plans for a 111-unit residential building to rise up to 130-feet in height at 550 O’Farrell Street are slated to be approved by Planning next week (versus as originally envisioned). 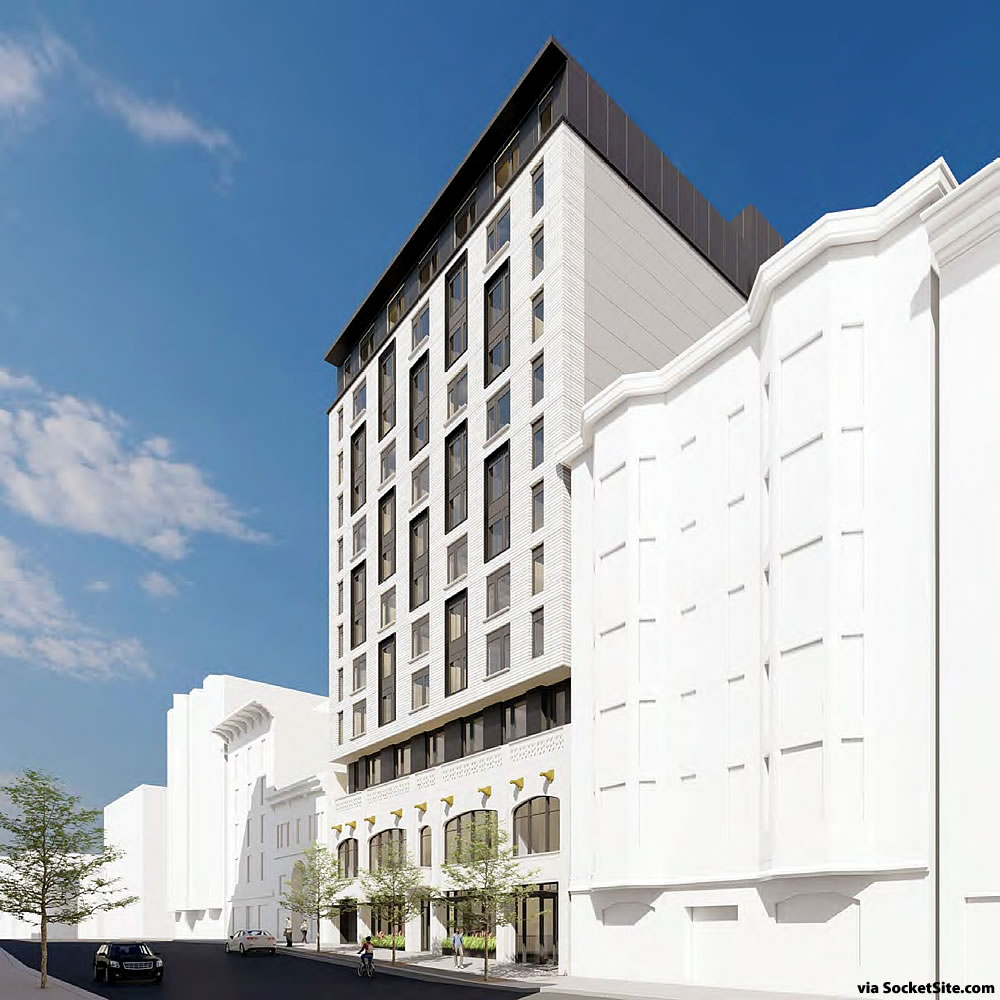 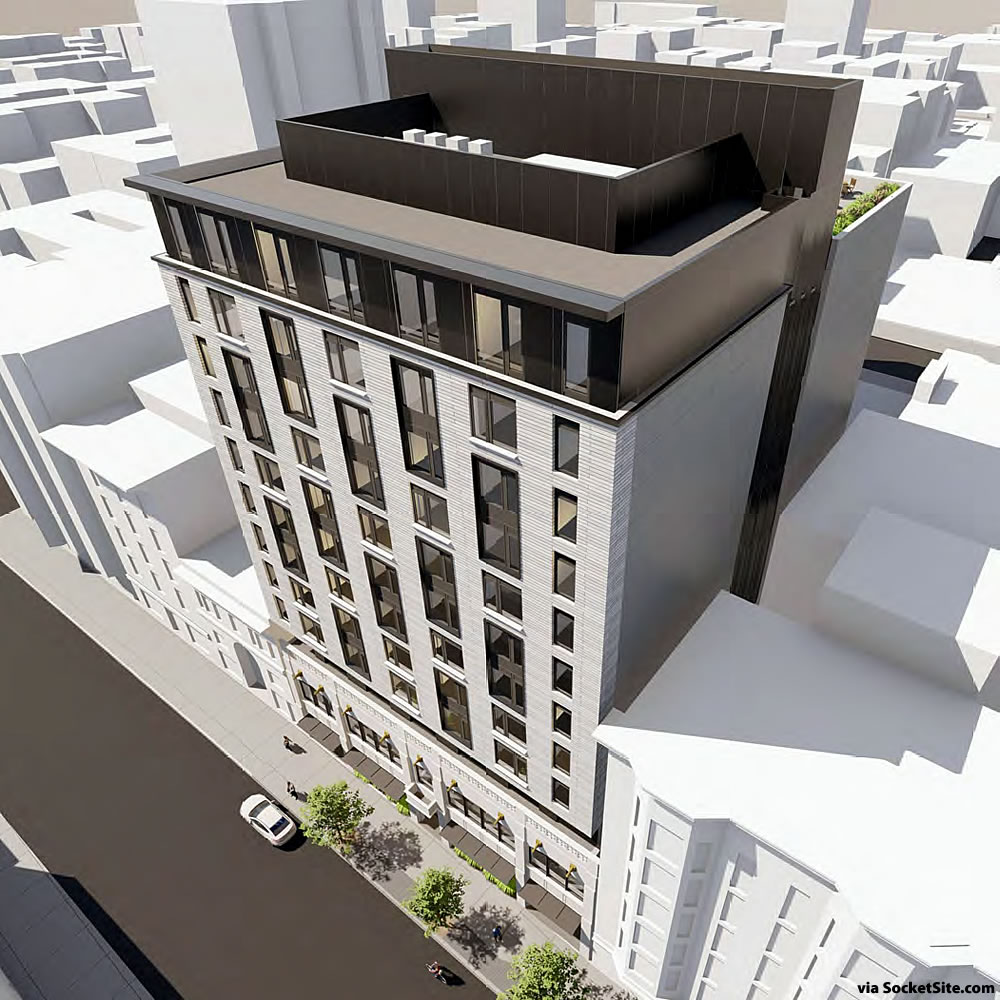 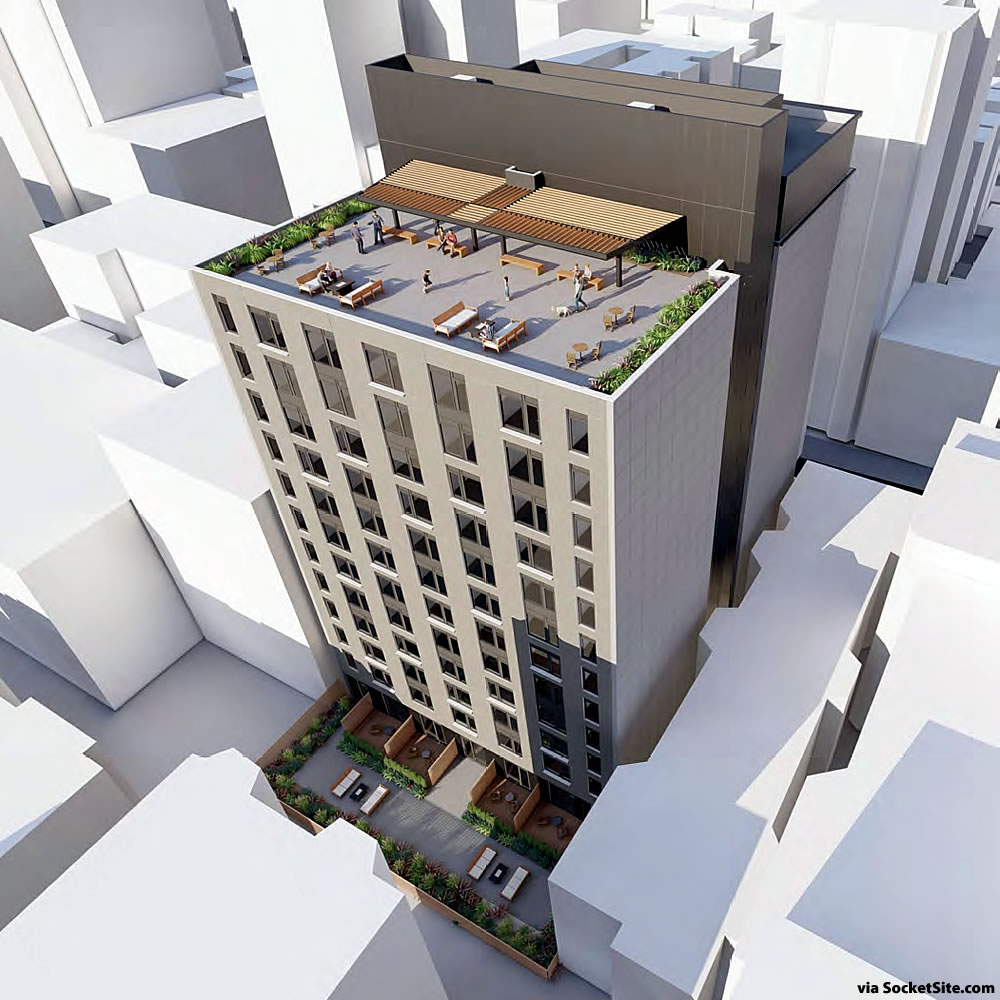 At the same time, the project’s previously proposed parking garage for 21 cars and ground floor retail space have been eliminated from the project plans to address transit and impact mitigation concerns. And with the project slated to be entitled, building permits for the project have now been requested as well and are working their way through Planning.