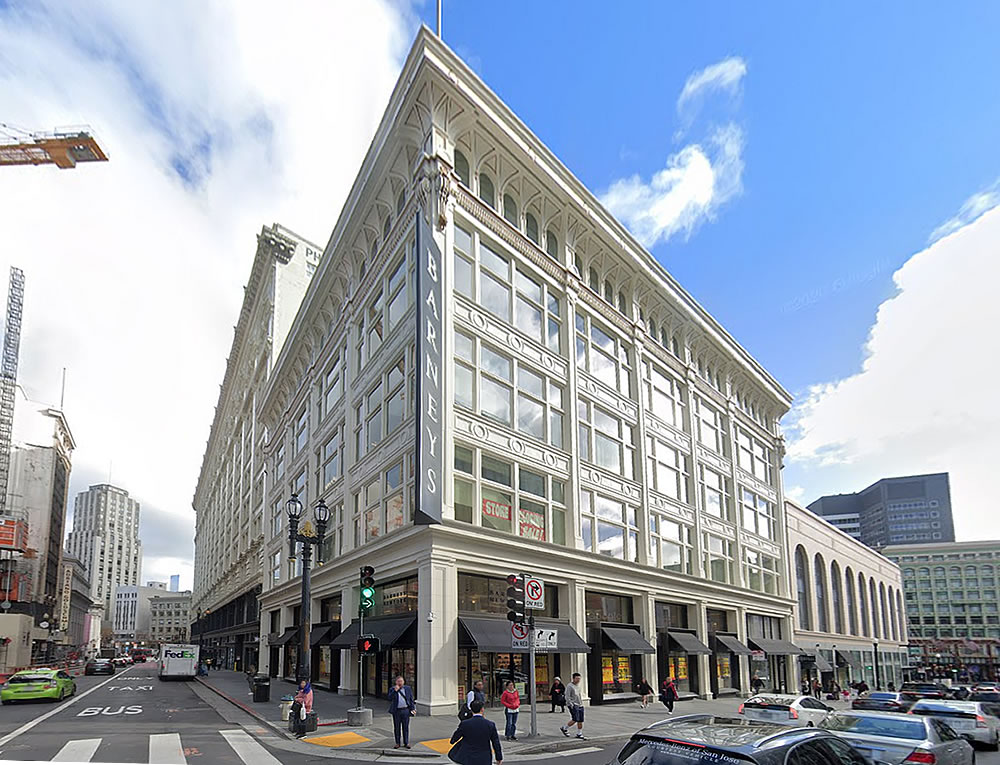 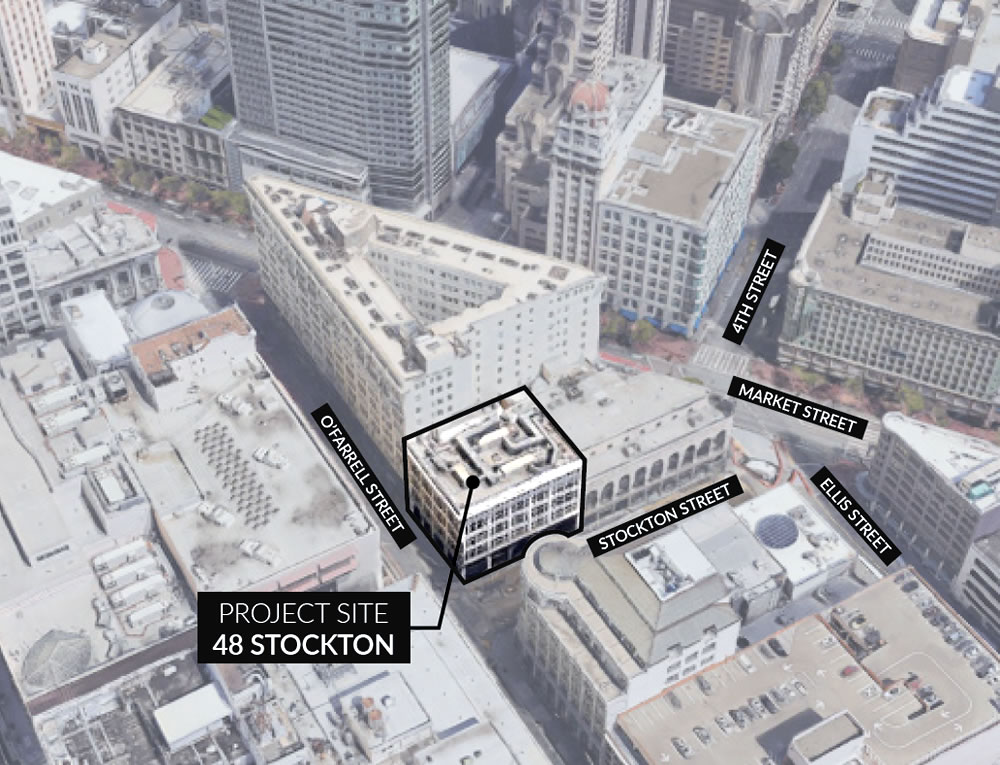 With Barneys New York having declared bankruptcy and shuttered its flagship Union Square store at 77 O’Farrell Street (a.k.a. 48 Stockton) that it had occupied since 2006, plans to redevelop the historic 60,000-square-foot building are in the works.

Designed by Lansburgh & Joseph and built for the Newman & Levinson Dry Goods company in 1909, the six-story building on the southeast corner of Stockton and O’Farrell has served as a department store since it was constructed, including having been Joseph Magnin’s flagship store from the 1920s through 1984.

But unlike with the redevelopment of the Macy’s building across the street that’s underway, the original façade of the 48 Stockton Street building would be preserved with a minor modification to the existing employee entrance on O’Farrell Street which would become the entrance to the upper floor office space as well while the corner entrance to the retail space would remain. 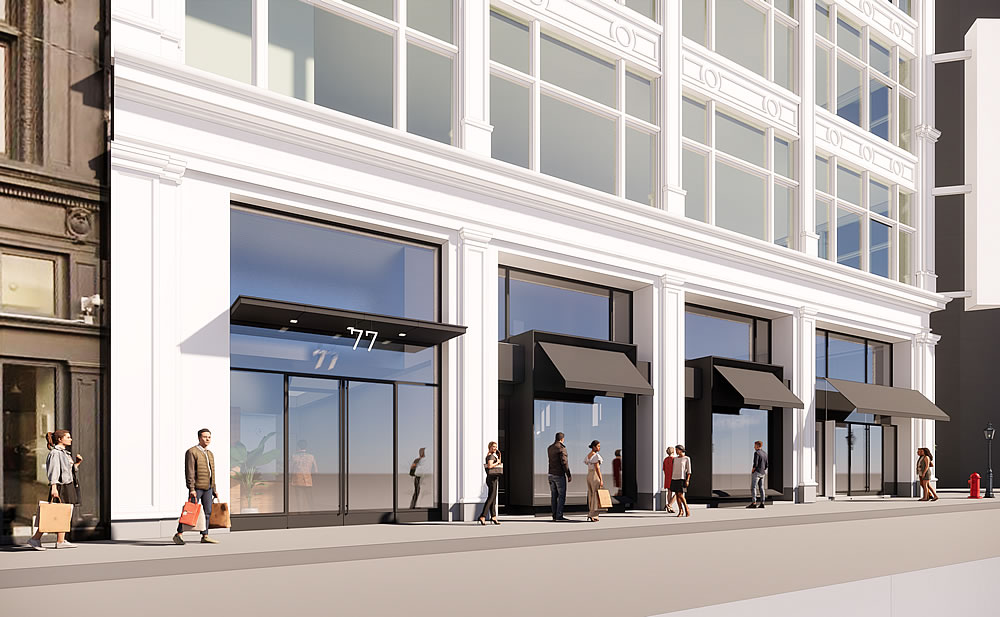