Number of Homes for Sale in S.F. Has Likely Peaked, for Now 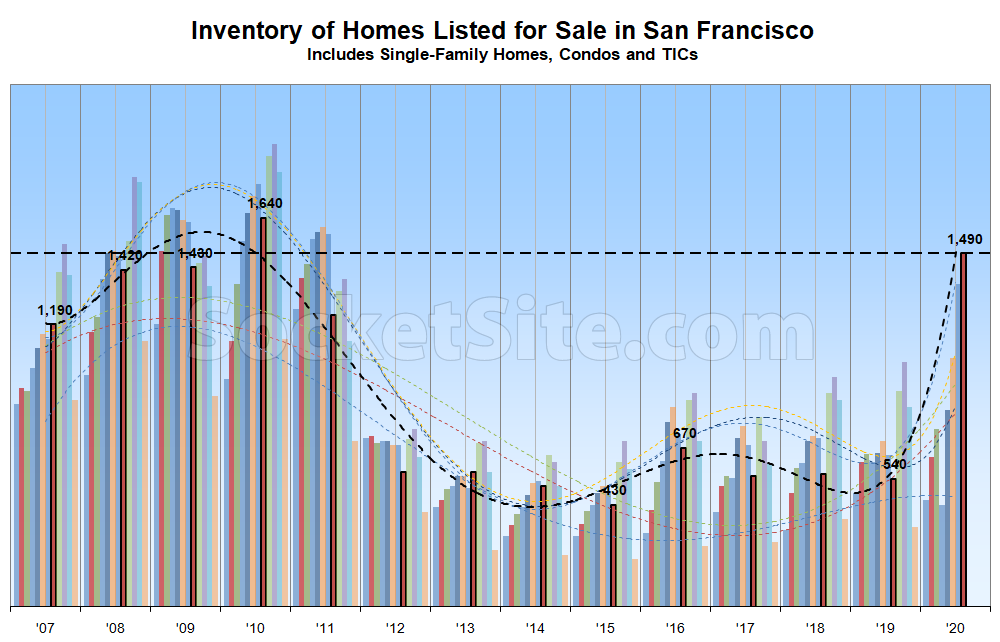 That being said, inventory levels appear to have reached a seasonal peak and will likely start ticking down through the end of August, at least in the absolute, before jumping again in September.  At the same time, vacancy rates continue to tick up in the city and rents are on the decline, none of which should catch any plugged-in readers by surprised.