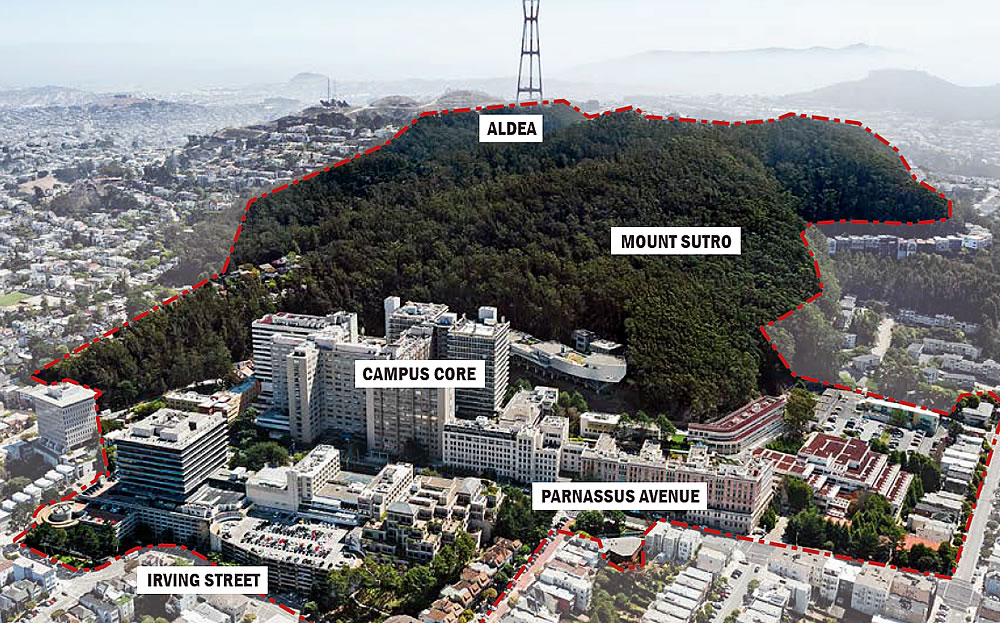 The growth and expansion of UCSF’s 107-acre Parnassus Heights Campus, which includes the 61-acre Mount Sutro Open Space Reserve, was limited to a total of 3.55 million square feet of developed, non-residential space back in 1976, a limit which it has slightly exceeded by around 150,000 square feet.

But faced with an aging campus; a need for more clinical, research and administrative space (particularly in light of having offloaded their Laurel Heights Campus); and a shortage of housing for its students and staff, UCSF is positioning to amend its Long Range Development Plan to allow for another 2.05 million square feet of space to be developed across the Parnassus Heights Campus as massed and rendered by Perkins Eastman below. 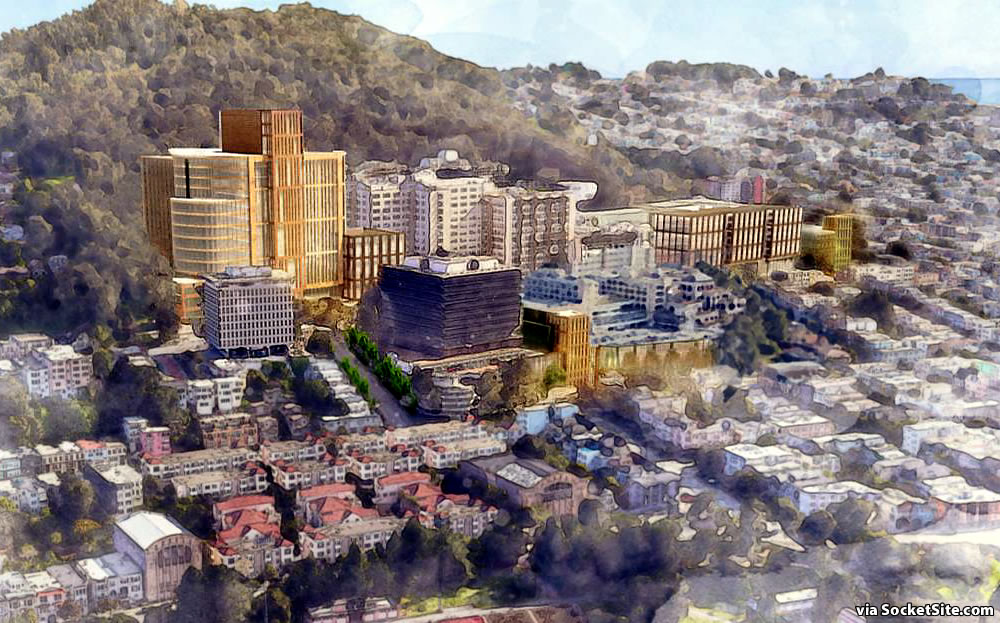 In addition to 1.37 million square feet of net new clinical and research space, including a new hospital on the eastern edge of the campus, the proposed plan includes the development of 750 new housing units for students and staff, split between the Aldea Housing area near the top of Mount Sutro and along a restored 4th Avenue at the western side of the campus between Parnassus and Kirkham. 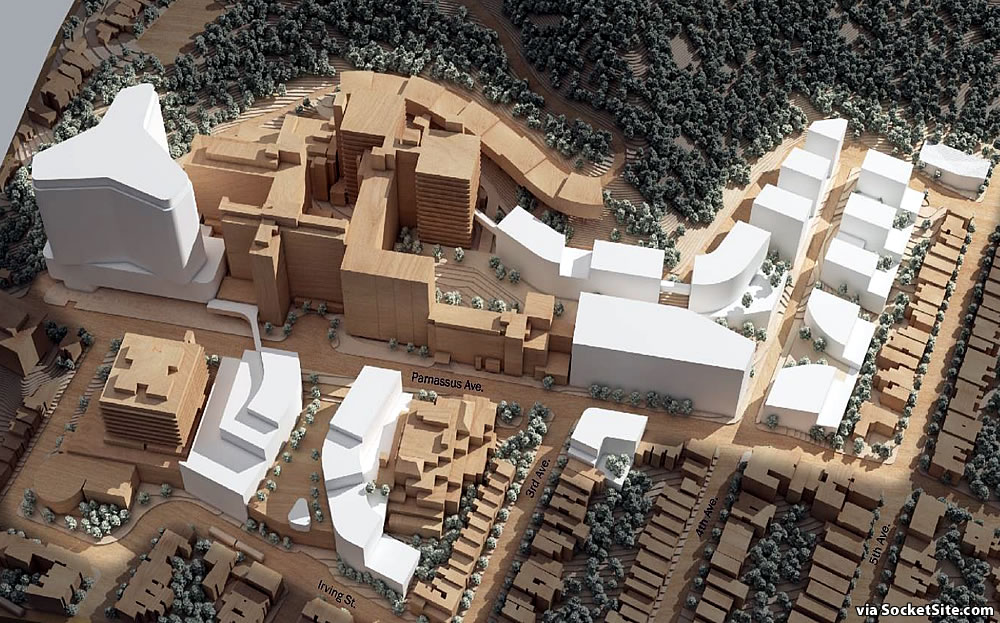 A Draft Environmental Impact Report (DEIR) for the Comprehensive Parnassus Heights Plan (CPHP) will soon be released and UCSF is positioning for Board of Regents approval and a formal amendment to its Long Range Development Plan and current space ceiling by the end of this year.

And if all goes as planned, the ground for the new hospital building will be broken in 2022 and be construction complete in 2029 (keep in mind that the existing Moffitt Hospital needs to be seismically retrofitted or decommissioned for inpatient care by 2030), followed by future building(s) to the north and west.