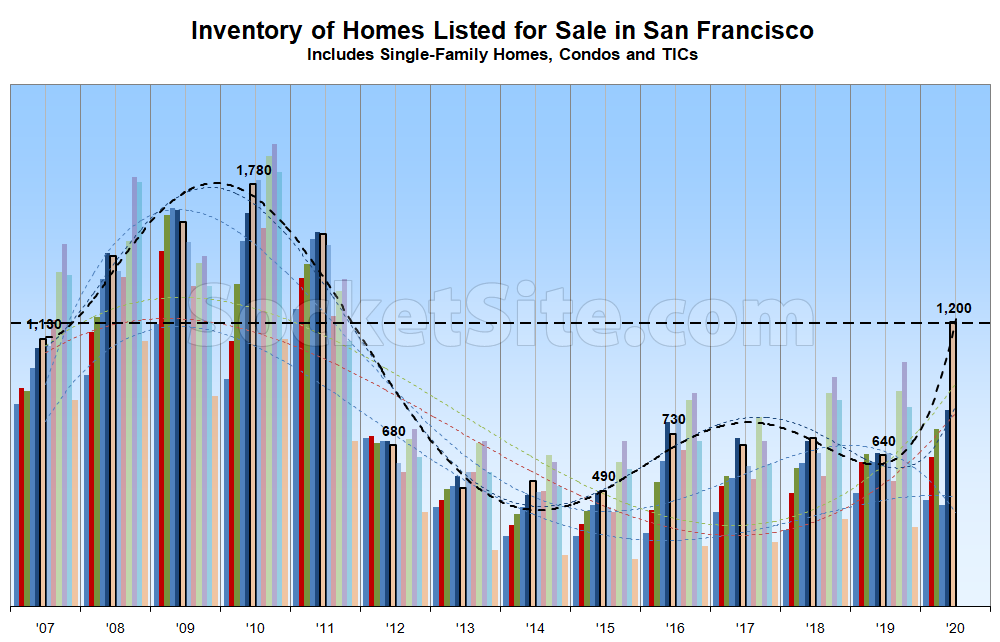 The number of homes on the market in San Francisco, net of new sales, continues to climb and just crossed the 1,200 mark for the first time in 9-years.

In fact, there are now 90 percent more homes on the market than at the same time last year and nearly 150 percent more inventory, in the aggregate, than in mid-2015. And the marked jump in inventory levels, which were already on the rise prior to the COVID-19 hit, shouldn’t catch any plugged-in readers by surprise.

At a more granular level, the number of single-family homes currently listed for sale in San Francisco (350) is now running 57 percent higher than at the same time last year while the number of condos (850), which tends to be a leading indicator for the market as a whole, has doubled.

And with roughly 30 percent of the homes on the market having been listed for under a million dollars, there are now 70 percent more sub-million dollar listings in San Francisco than there were at the same time last year and the most, in the absolute, since the fourth quarter of 2016.