Index for Bay Area Home Values Inches up to a New High, But… 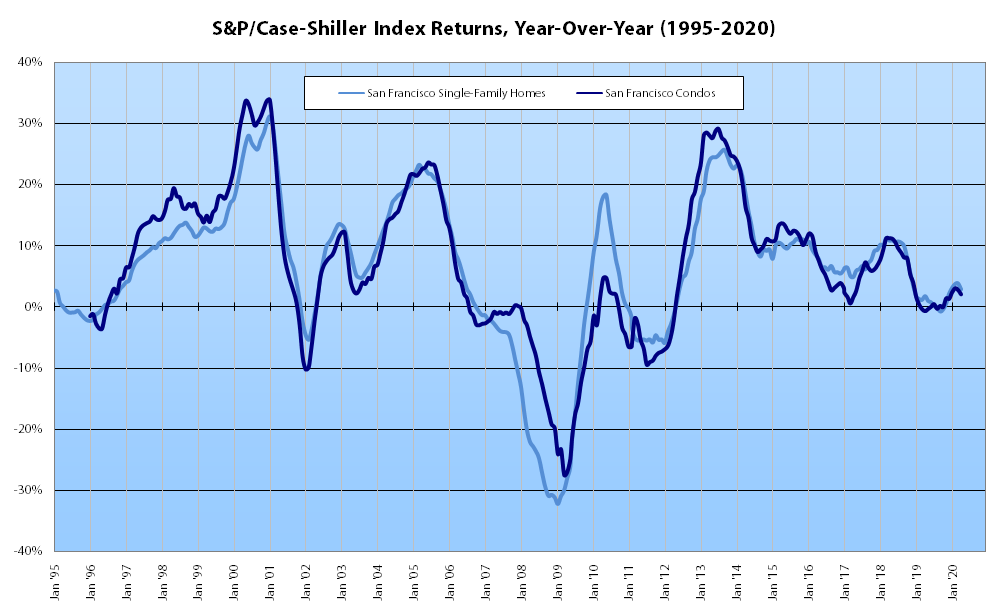 Having ticked up an upwardly revised 2.1 percent in March, the S&P CoreLogic Case-Shiller Index for single-family home values within the San Francisco Metropolitan Area – which includes the East Bay, North Bay and Peninsula – inched up another 0.7 percent in April to a new all-time high, but the year-over-year gain for the index ticked down a (1) percentage point to 2.8 percent. 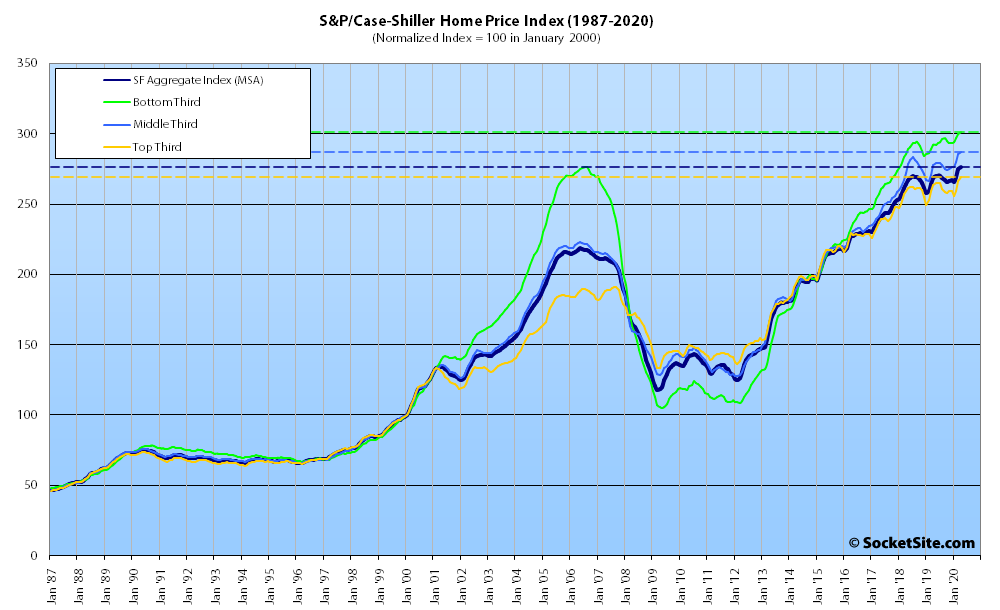 At the same time, the index for Bay Area condo values inched up 0.8 percent in April and is back above the peak it hit in July of last year by 0.2 percent. 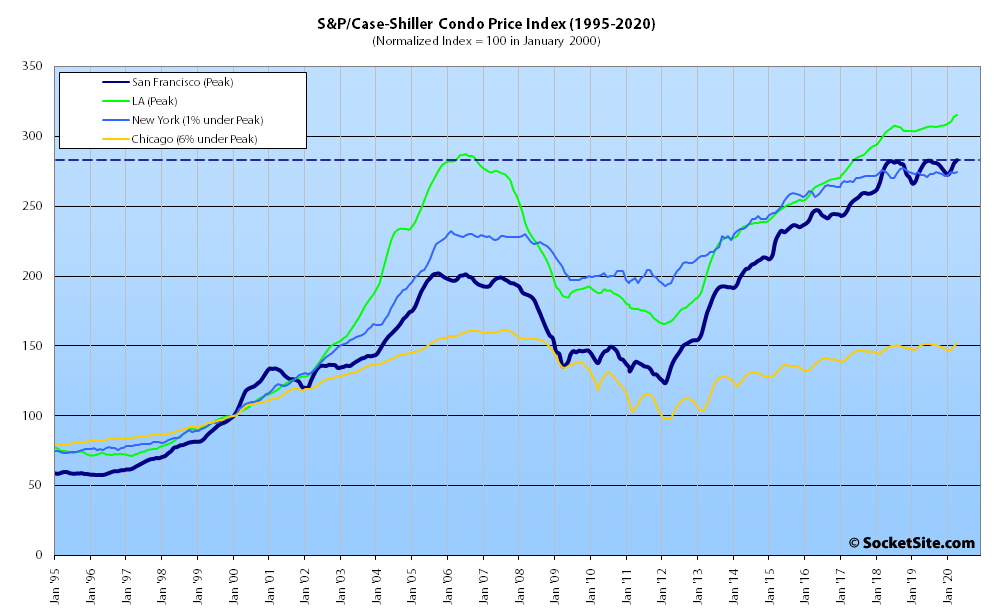 Nationally, Phoenix still leads the way in terms of indexed home price gains (up 8.8 percent on a year-over-year basis), followed by Seattle (up 7.3 percent) and now Minneapolis (up 6.4 percent), with the year-over-year gain for Las Vegas matching the national average of 4.7 percent and only Chicago (up 1.4 percent) and New York (up 2.5 percent) lagging San Francisco’s 2.8 percent gain.

All that being said, keep in mind that while the April index does include sales through the end of April, along with sales which closed in February and March, April sales are typically the result of contracts that were written in March and the impact of the “governmental suppression of economic activity in response to the COVID-19 pandemic” really didn’t take hold until halfway through the month.