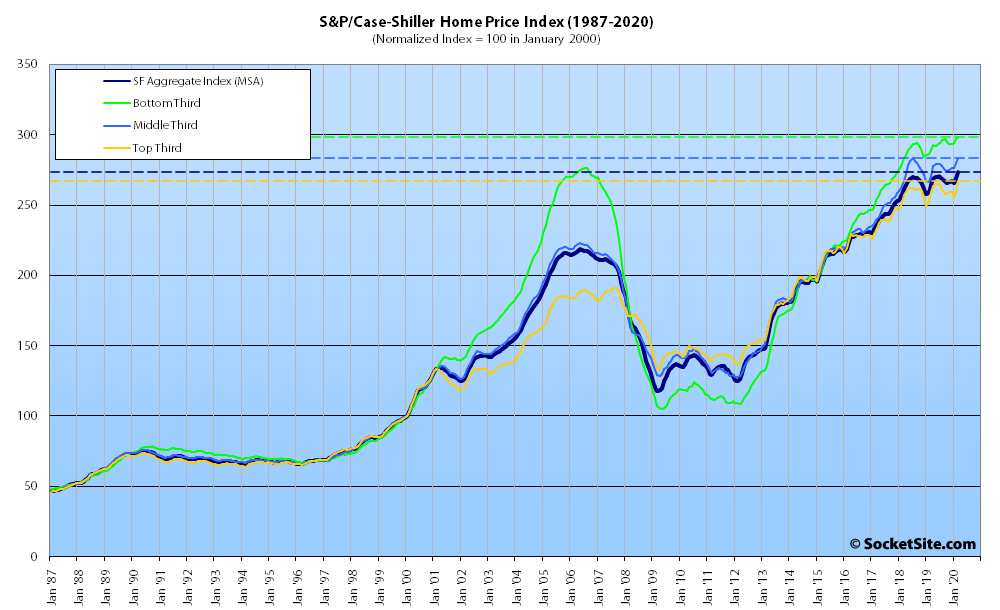 Having ticked up an upwardly revised 1.2 percent in February, the S&P CoreLogic Case-Shiller Index for single-family home values within the San Francisco Metropolitan Area – which includes the East Bay, North Bay and Peninsula – ticked up nearly two (1.8) percent in March to a new all-time high.

All that being said, keep in mind that while the March index does include sales through the end of March, along with sales which closed in January and February, March sales are typically the result of contracts that were written in February.  And in fact, the impact of the “governmental suppression of economic activity in response to the COVID-19 pandemic,” which didn’t take hold until mid-March, really won’t start to be reflected in the index for another month.

Home Sales in San Francisco Rebounding but Still Down