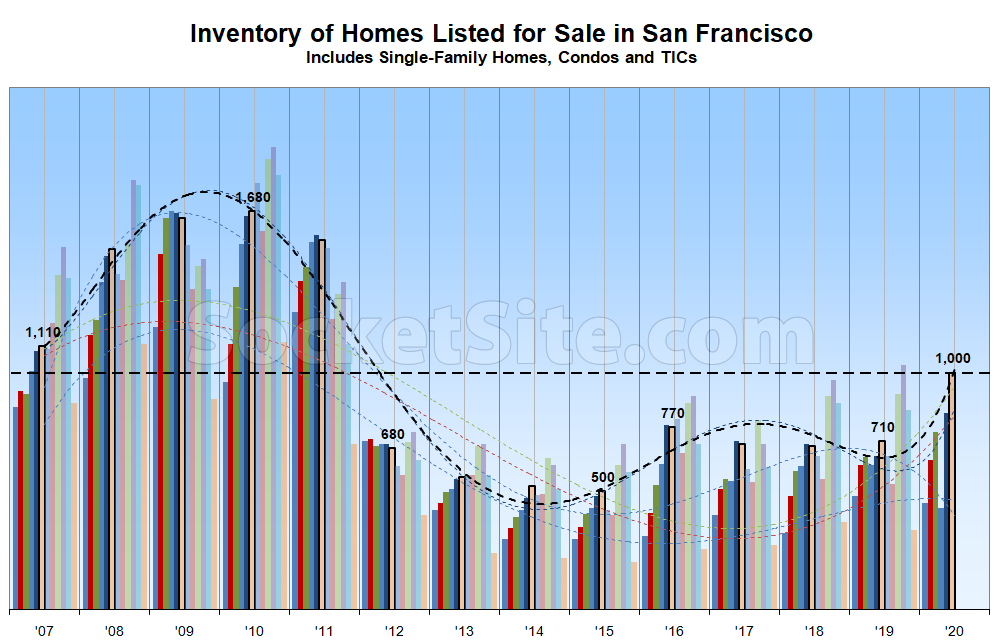 That’s 40 percent more inventory than at the same time last year, another 9-year seasonal high, and within 4 percent of hitting a 9-year high in the absolute (keep in mind that inventory levels typically don’t peak until October), a jump which shouldn’t catch any plugged-in readers by surprise.