Most Homes on the Market in San Francisco in Nine Years 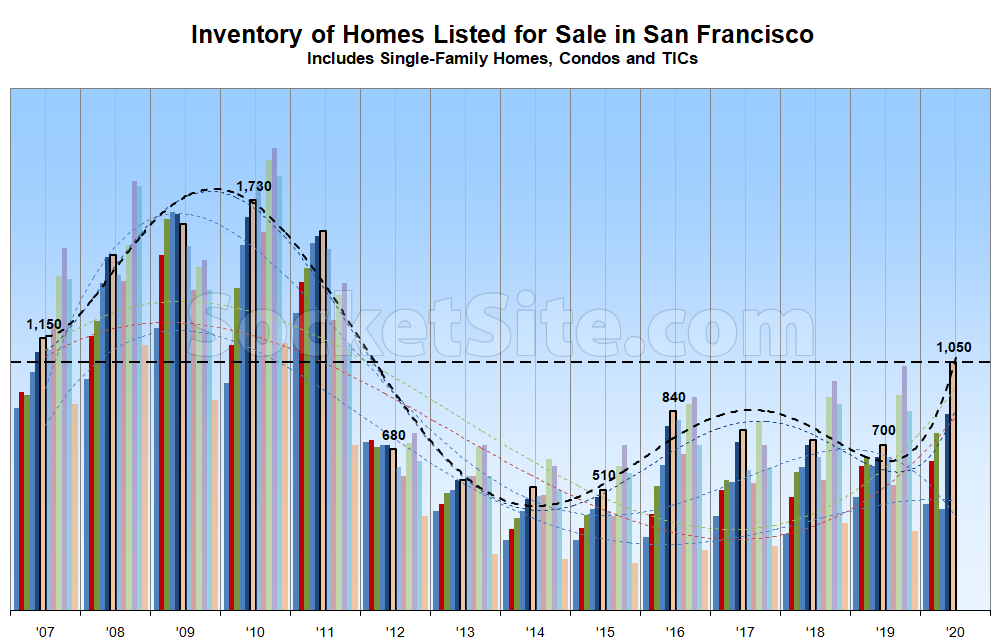 That’s not only a 9-year seasonal high but a new 9-year high in the absolute and 50 percent more inventory than at the same time last year, a marked jump which shouldn’t catch any plugged-in readers by surprise and despite the fact that inventory levels typically don’t peak until October.

At a more granular level, the number of single-family homes currently listed for sale across the city (310) is currently running 31 percent higher than at the same time last year while the number of condos (740), which tends to be a leading indicator for the market as a whole, is up by 60 percent.

And the percentage of listings which have undergone at least one official price reduction has been ticked up another two percentage points to 22 percent, which is five (5) percentage points higher than at the same time last year, for twice as many reduced listings on the market in the absolute on account of the jump in inventory levels.

Another Prominent Gas Station Site in Play, But...