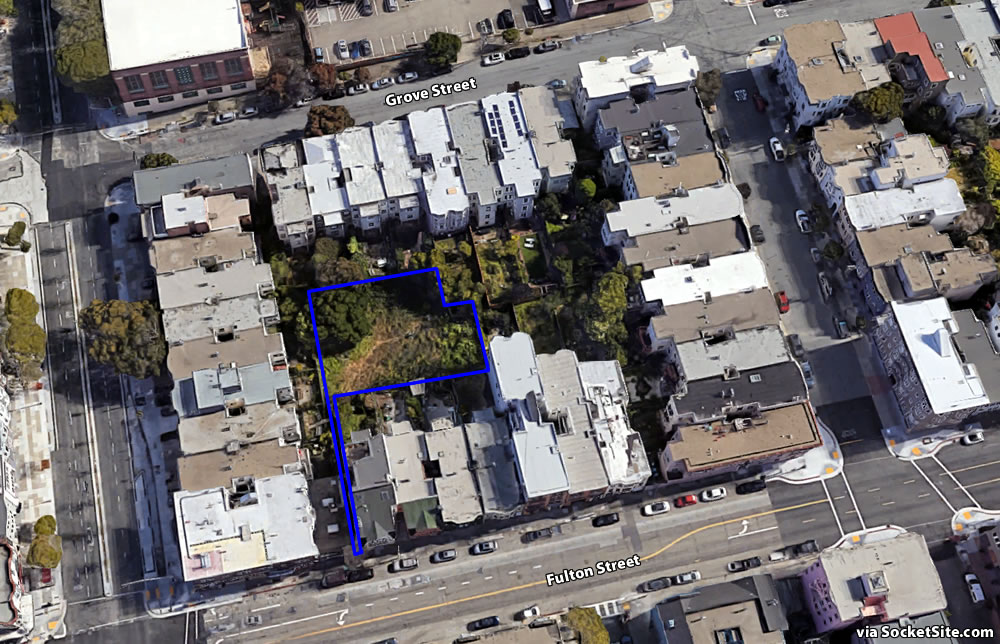 Slated to be heard last month but then waylaid (anew) by the City’s Stay-at-Home order, San Francisco’s Planning Commission is now expected to virtually render its judgment on the refined plans for a decidedly modern infill development of four single-family dwellings on the undeveloped, mid-block “flag lot” at 1846 Grove Street (which is effectively bounded by the back yards of the homes fronting Grove, Ashbury, Fulton and Masonic and can only be accessed by way of a three and one-half foot wide path to Fulton) tomorrow afternoon. 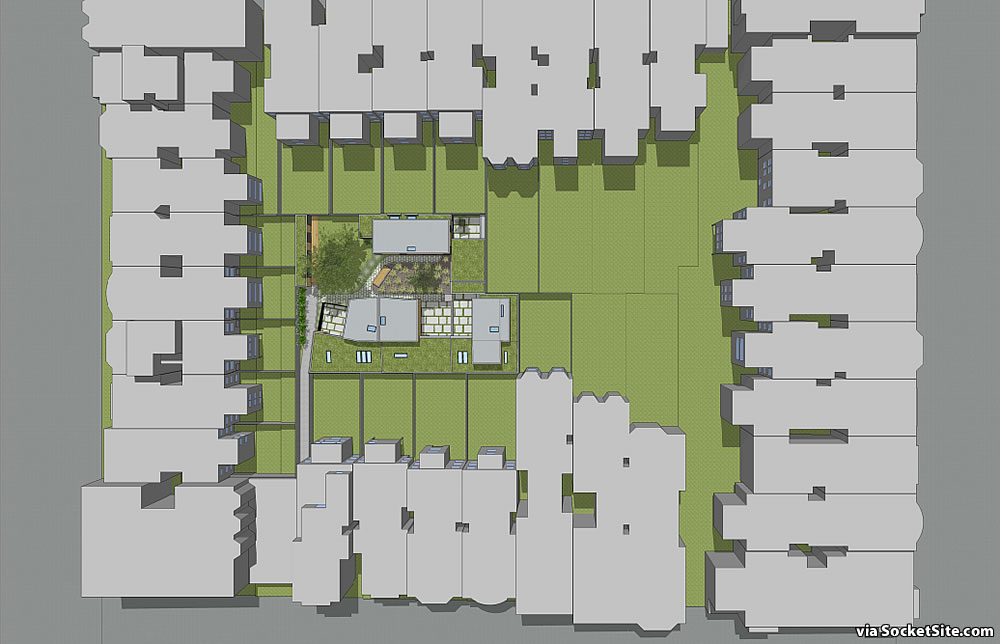 First envisioned back in 2016, when the parcel was purchased for $375,000, the proposed project has since been refined by Troy Kashanipour Architecture to minimize the development’s impact on the 17 properties which share a rear property line with the parcel, with additional setbacks and buffers, mostly inward facing windows, sloped living roofs and an effective maximum height of 20 feet above grade (despite being zoned for 40), all designed to reduce any new shadows, minimize any impacted views and maximize everyone’s privacy. 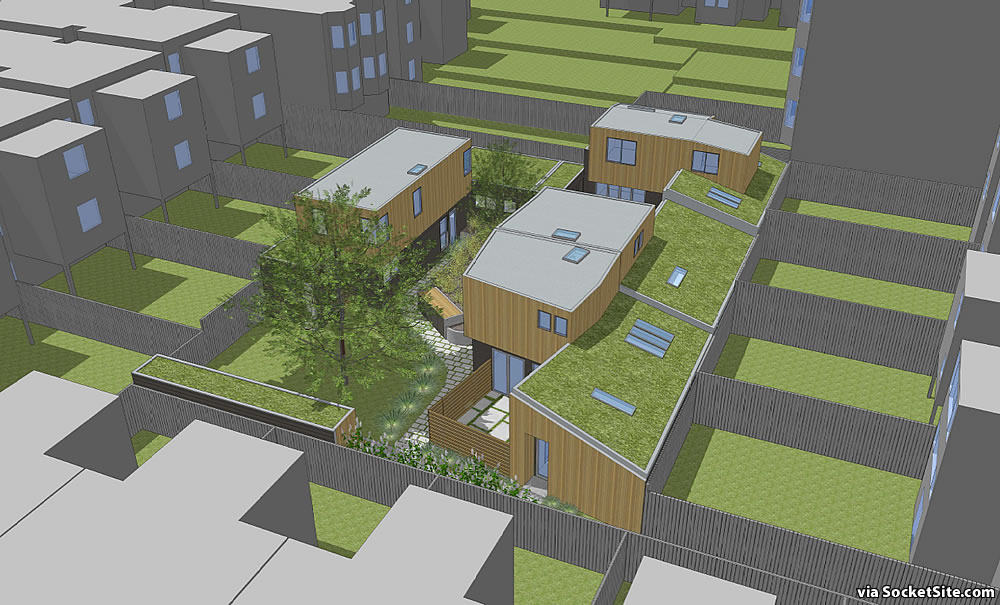 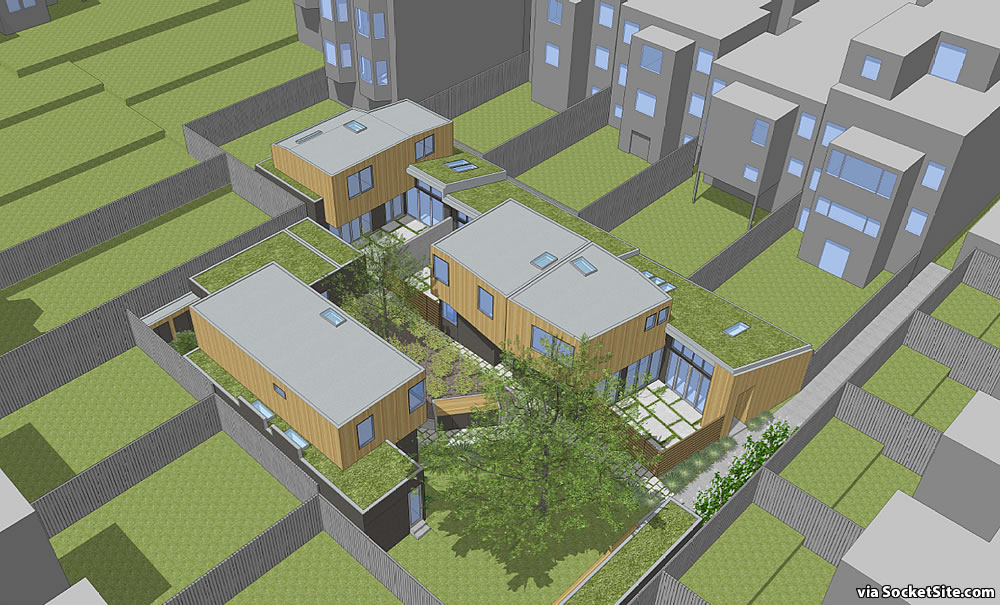 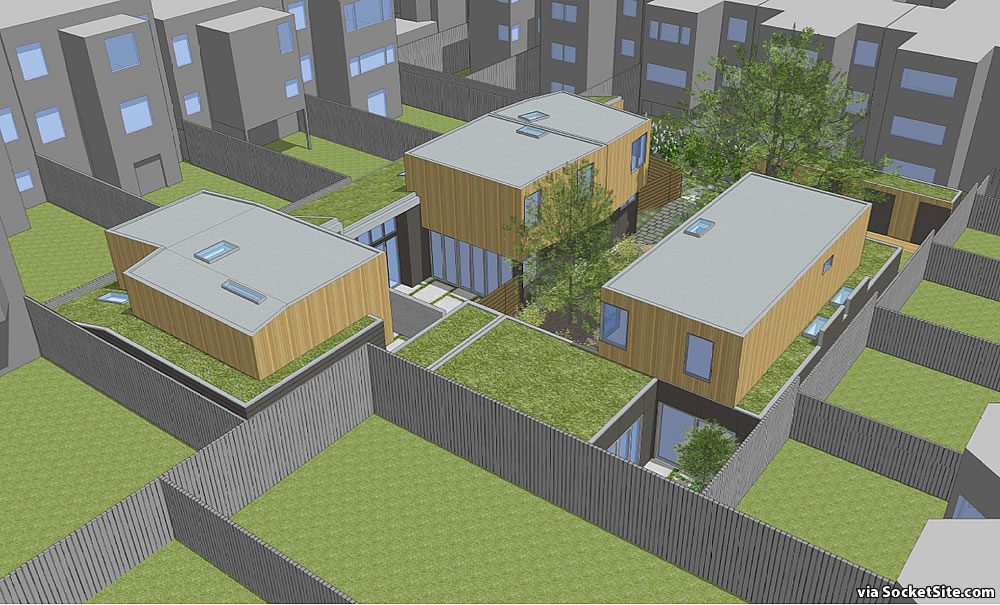 And once again, while the City has received one letter in outright opposition to the project, along with some “expressed concerns,” San Francisco’s Planning Department is recommending that the project be approved, noting a refined design “that is sensitive to the surrounding properties” and deeming the project “necessary, desirable, and compatible.”