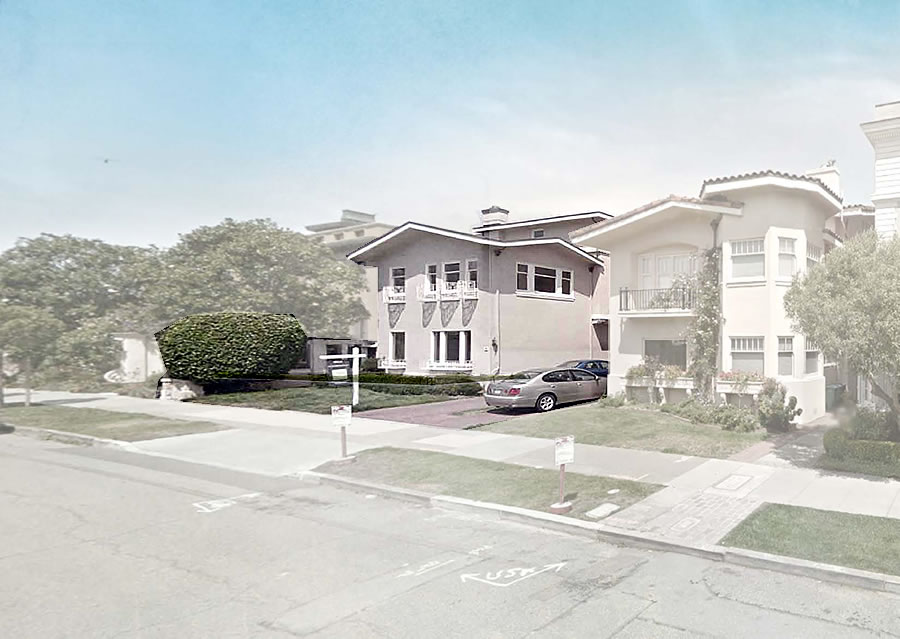 As we first revealed back in November of 2017: 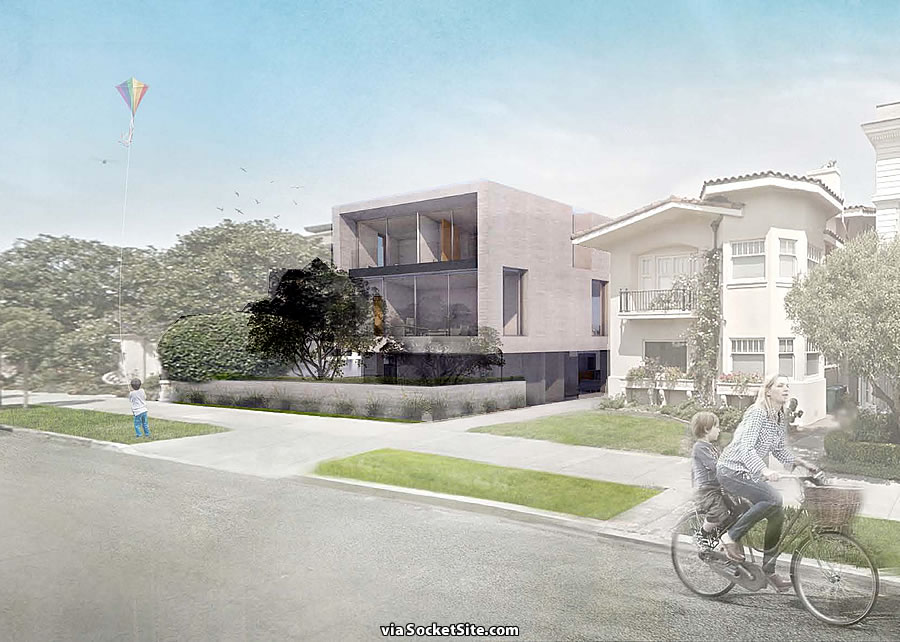 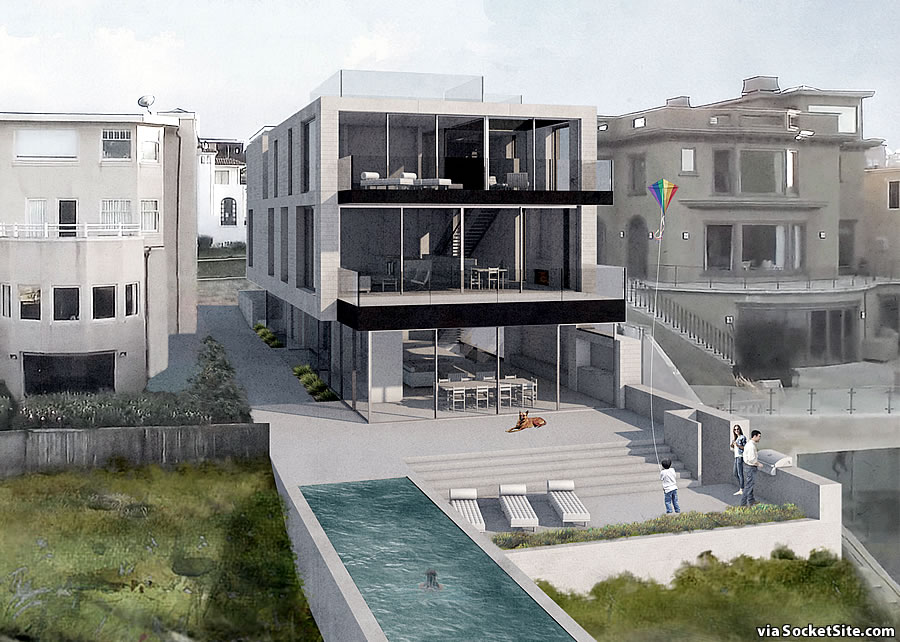 With the plans having since been refined and granted an environmental clearance to proceed, demolition and building permits for the project have been requested and triaged.  And the project, as newly rendered below, has now been formally challenged as well. 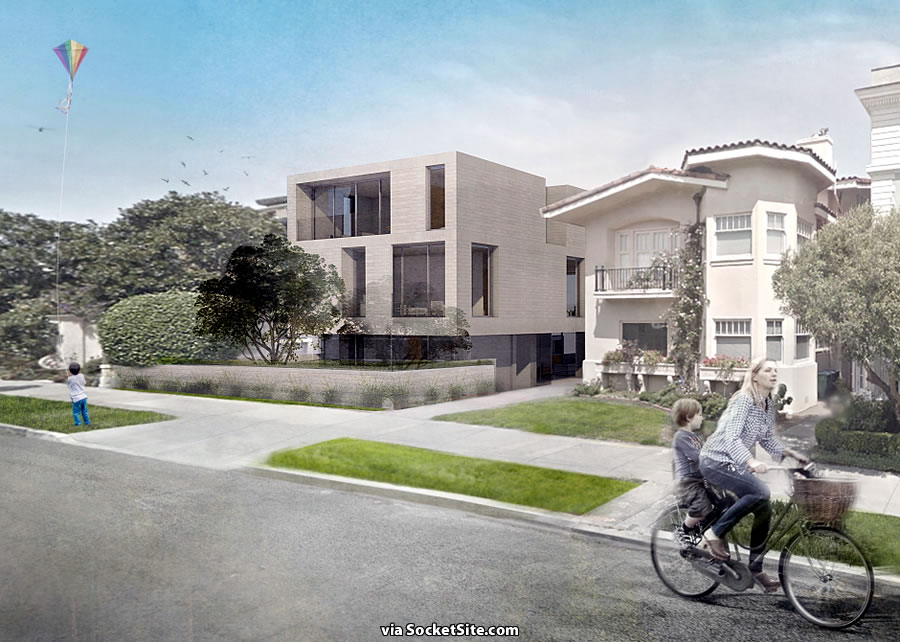 From a requested Discretionary Review (DR) which is now seeking to block the project as proposed:

“The proposed design of the new structure will result in an exceptional departure from the design elements of neighboring homes which, taken together, form one of the City of San Francisco’s (the “City”) unique residential districts worthy of historic preservation.”

“Based on our review, the new home incorporates modern and minimalist elements better suited for some of the City’s newer communities, but not for an existing eclectic neighborhood. The architect has proposed a gray three-story cube seated upon a recessed, one-story pedestal according to renderings of the new building.

Windows and balconies are of irregular shapes and are placed asymmetrically across the structure. As proposed, the new residence is incompatible with the Seacliff (sic) neighborhood, which boasts homes of similar, yet more traditional, materials, style, massing and scale. Thus, a concrete cube does not conserve the more traditional design of the existing neighborhood.”

“As provided in the City’s Historical Resource Evaluation Response concerning the new building at 178 Seacliff (sic), the Sea Cliff neighborhood is comprised of large single-family homes in the “French/Mediterranean, Spanish Revival, Edwardian, and hybrid Arts & Crafts/Tudor styles.” The original Sea Cliff design guidelines provide a “high level of architectural consistency” throughout the neighborhood.

[And] although Planning Department staff did not conclude the existing structure at 178 Seacliff (sic) Avenue to be of individual historic import, the building is eligible for inclusion on the California Register as “a contributor to the potential Seacliff (sic) historic district.” Contributor homes embody the “massing, design, and materiality” characteristic of early Sea Cliff homes. Indeed, the Planning Department even concluded that the “overall design of” the Project proposal “is not compatible with the character of the eligible district.” That is, a three story cube does not look anything like the smaller one and two story Mediterranean and Tudor style homes that line both sides of Seacliff (sic) Avenue.”

“Accordingly, my Client asks that the Planning Department find that discretionary review of the proposed Project must be conducted by the Planning Commission to determine revisions to the Project so that the new home will be compatible with the architecture, design, massing and scale of the surrounding homes and the Seacliff (sic) Historic District.”

Also noted, “the Project also blocks views for my Client at 164 Seacliff (sic) and its neighbors immediately adjacent.”