Two Modern Mansions and a Driveway with Hidden Parking 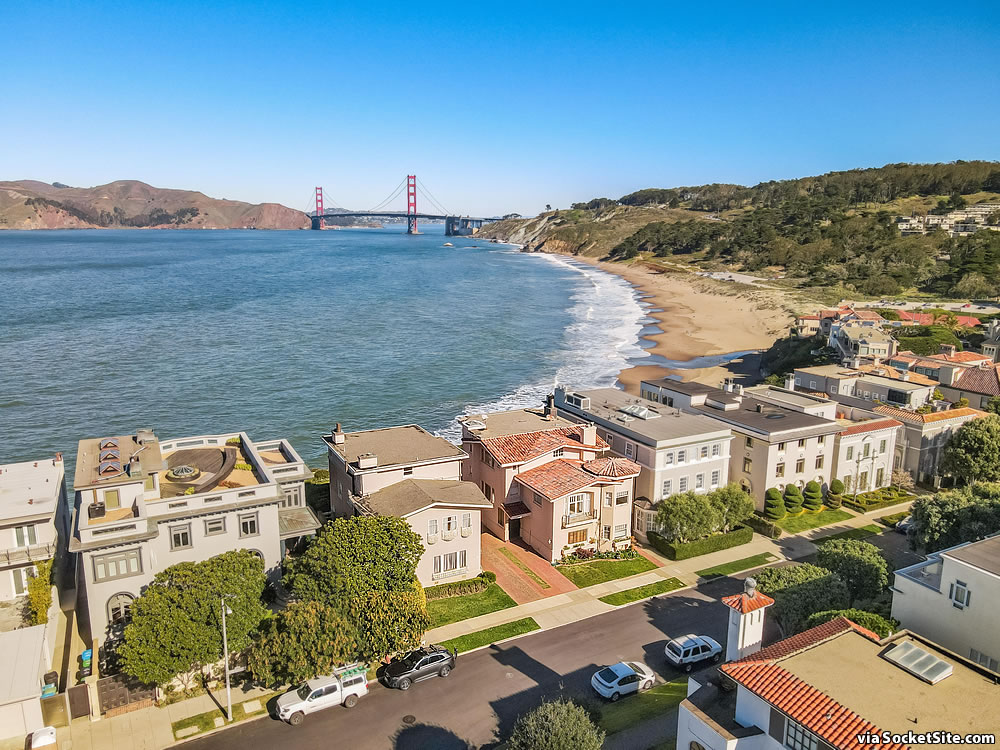 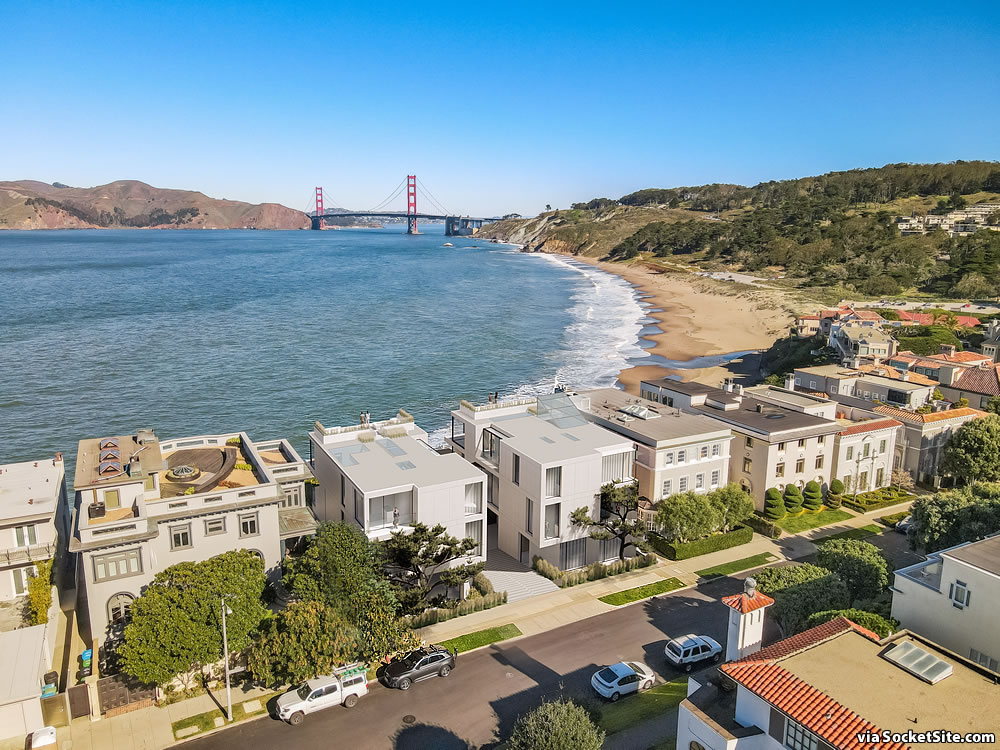 As designed by Mark Cavagnero Associates, the proposed three-level home to rise up to 40 feet in height on the 170 Sea Cliff parcel, which doesn’t include a new basement level, would yield around 8,500 square feet of conditioned space, with another 2,500 square feet of storage, parking and other unconditioned space, including an enclosed pool but not the expansive rear deck, roof deck and multiple balconies. 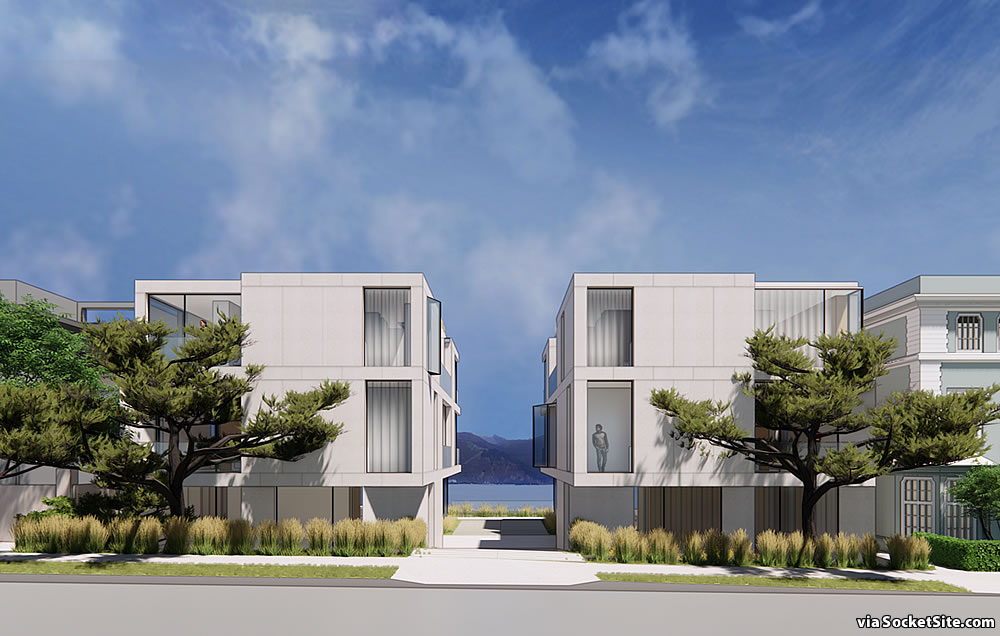 As with the now fully permitted home to rise next door, access to the underground garage for 170 Sea Cliff would be accessed by way of a hidden lift at the end of the shared curb cut/driveway. 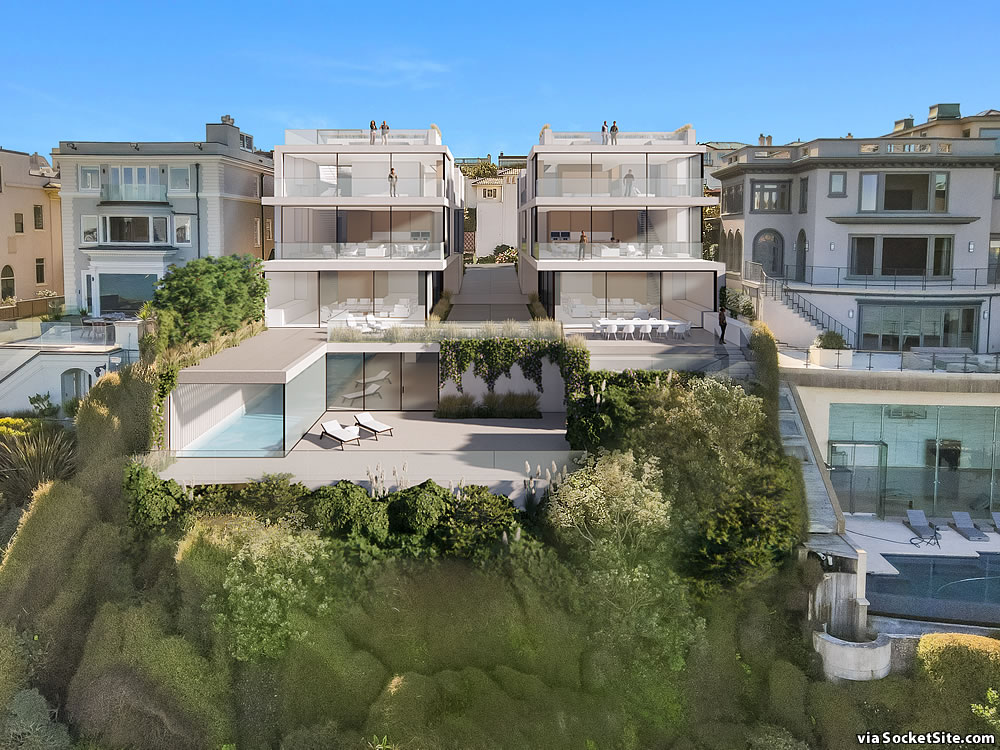 And yes, the two homes would make for a rather spectacular compound, particularly as rendered. So be extra nice over the next couple of years, we’ll keep you posted and plugged-in.

Index for Bay Area Homes Has Dropped 13%, Headed Down

Pace of New Home Sales Ticks Up, But…