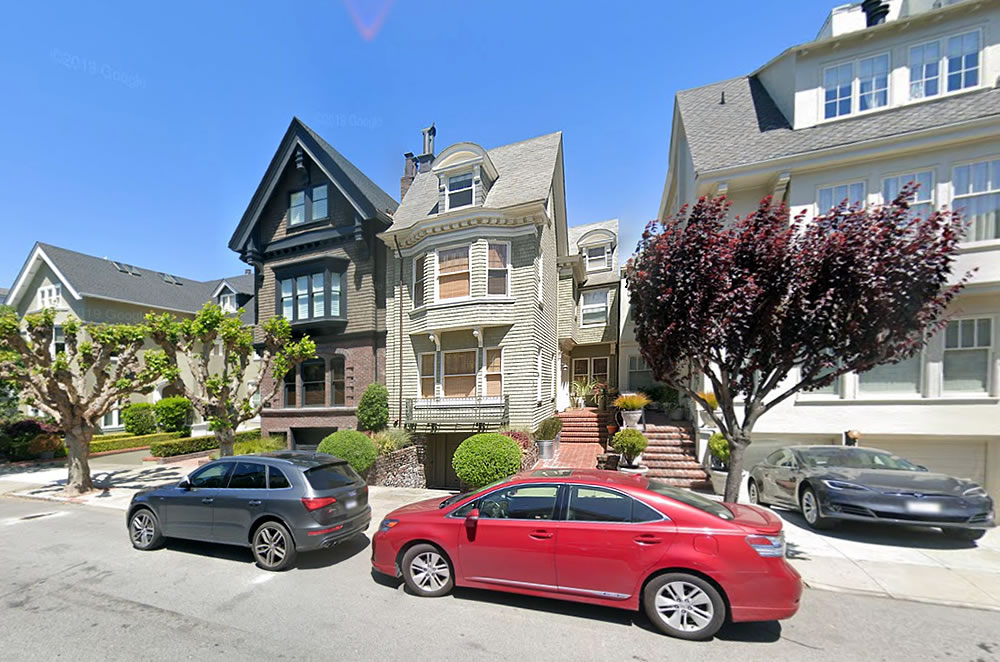 The remodeled 6,245-square-foot home at 3530 Washington Street, “on one of the finest blocks in Presidio Heights,” appears to have been priced in late 2018 and was officially listed for $10.25 million in May of last year.

The five-floor home features “Bay and Golden Gate views” from its rear-facing rooms and is outfitted with five bedrooms, four and a half baths, a 1000+ bottle wine room and a tandem two car garage.

Having been reduced to $9.65 million and then removed from the MLS at the end of last year, the sale of 3530 Washington Street has now closed escrow with a contract price of $8.3 million or $1,329 per square foot.

And having been relisted at $8.6 million on the day the sale was finally recorded, the sale was “within 4 percent of asking,” and with an official “1” day on the market, according to all MLS-based stats and aggregate market reports.

The Framework for a Modern Addition (And Neighbor's Ire)