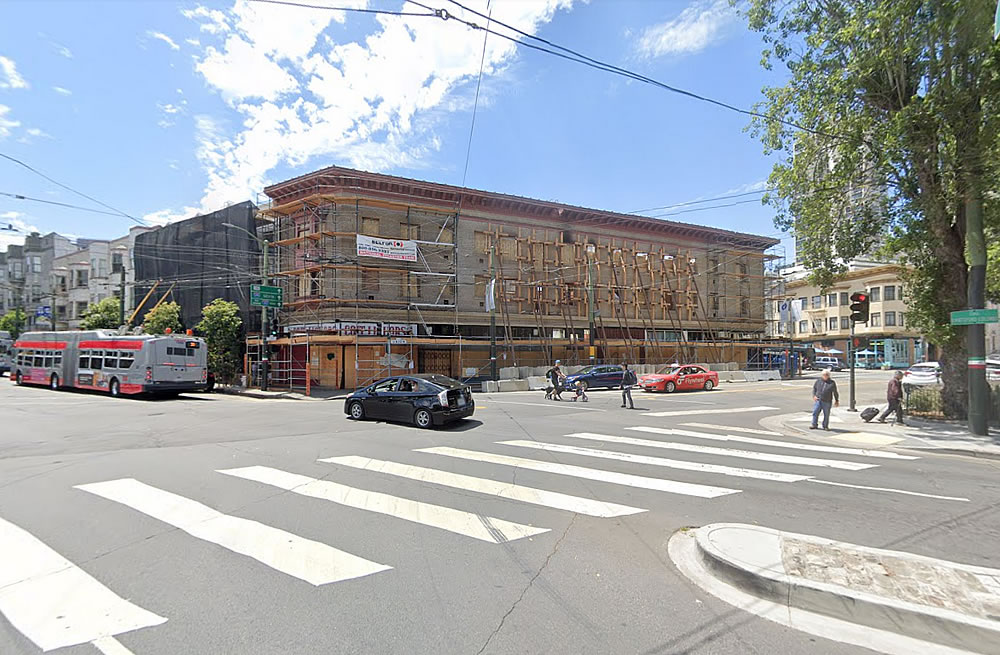 Having been gutted by a fire in March of last year, over a million dollars has been spent to keep the historic brick façade at 659 Union Street, between Columbus and Powell in the heart of North Beach, standing.

But a structural analysis has since determined that it is infeasible to continue to preserve the façade and extant structure (which has lost its historic integrity). And as such, a request for demolition permits will soon be made.

While the rather prominent site is only zoned for development up to 40 feet in height, plans for a seven-story building rising up to 85 feet in height, with 63 residential units over 15,000-square feet of ground floor retail/restaurant space, are being drawn, leveraging California’s Density Bonus program for the additional height (and density).

And an alternative set of plans, which would require a Special Use District (SUD) for the site to be granted and yield a 98-unit building, with a boutique 14-room hotel and ground floor restaurant/retail space, are being drafted as well, plans which would incorporate the adjacent parking garage parcel at 1636 Powell Street.

Mortgage Rates Hold, Probability of a Hike Back Under a Percent