Reductions Continue to Rise in SF as Inventory Levels Drop 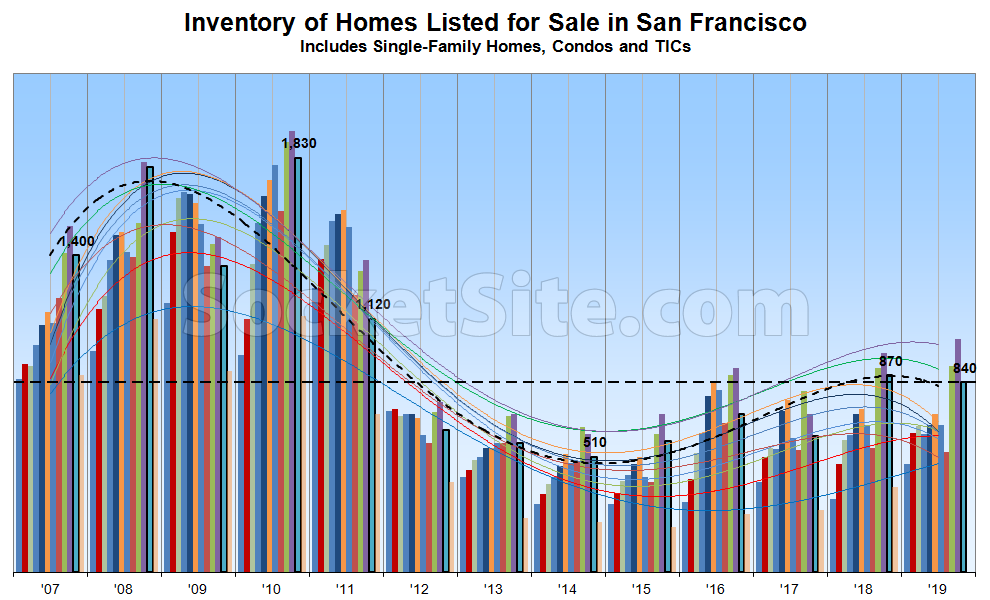 Having peaked last month at an 8-year high, as expected, the number of homes on the market in San Francisco has since dropped a seasonally driven 19 percent to 840 and is currently running 3 percent lower than at the same time last year.

At the same time, the percentage of active listings which have undergone at least one reduction has ticked up to 31 percent, which is up 3 points over the past week, 5 percentage points higher than at the same time last year and the highest percentage of listings with a price cut in San Francisco since the fourth quarter of 2016.

And once again, expect inventory levels to continue to drop through the end of the year and the prevalence of reductions to rise.