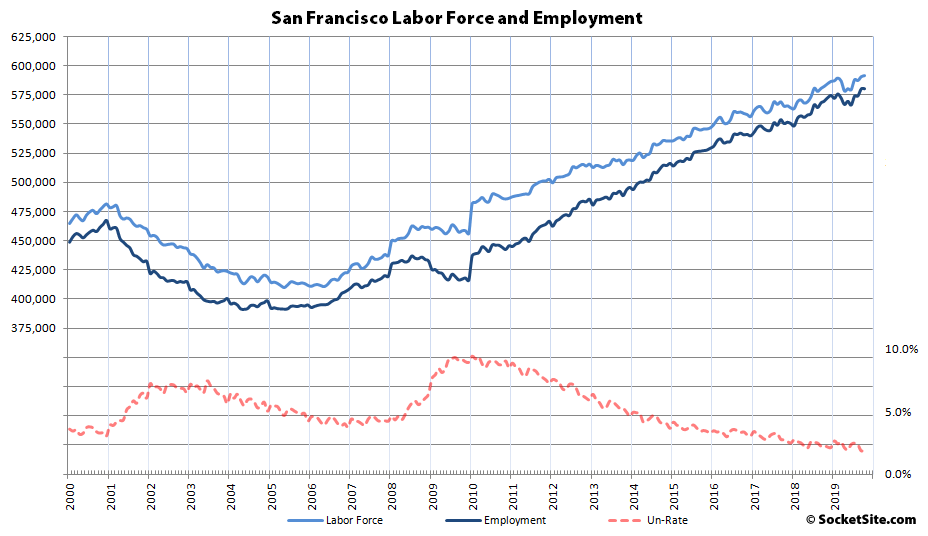 Having benefited from a seasonal bump in the onboarding of new graduates in September, the number of people living in San Francisco with a paycheck inched up by another 100 in October and now totals a record 579,900. But with a labor force that increased by 900 over the same period of time, to 591,500, the unemployment rate inched up from a record low of 1.8 to 2.0 percent as well.

At the same time, the estimated number of employed people living in Alameda County, which includes the City of Oakland, slipped by 100 to 837,600 but remains 8,400 above its mark at the same time last year while the unemployment rate inched up from 2.5 to 2.6 percent. 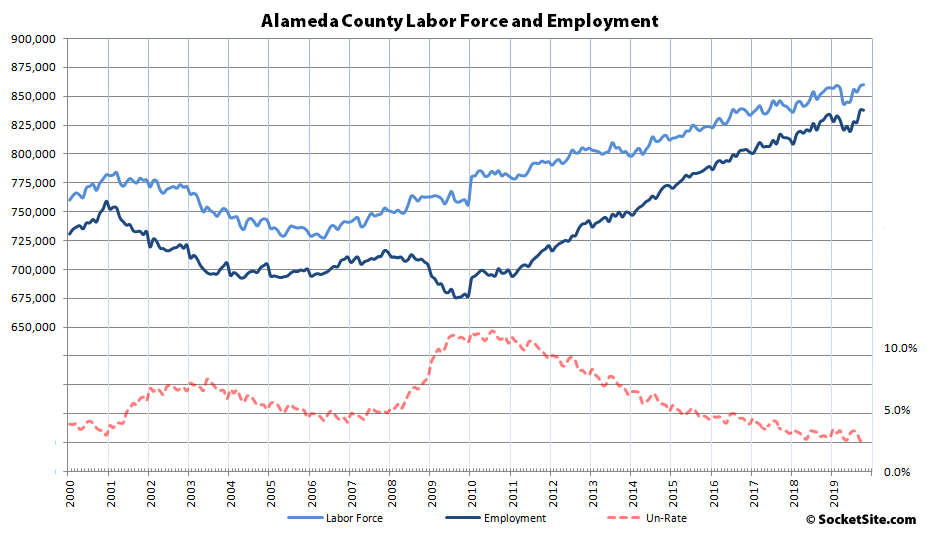 Across the greater East Bay, including Solano County, total employment inched up by 600 in October to 1,596,300, which is 12,700 higher than at the same time last year, while the unemployment rate inched up from 2.6 to 2.7 percent.