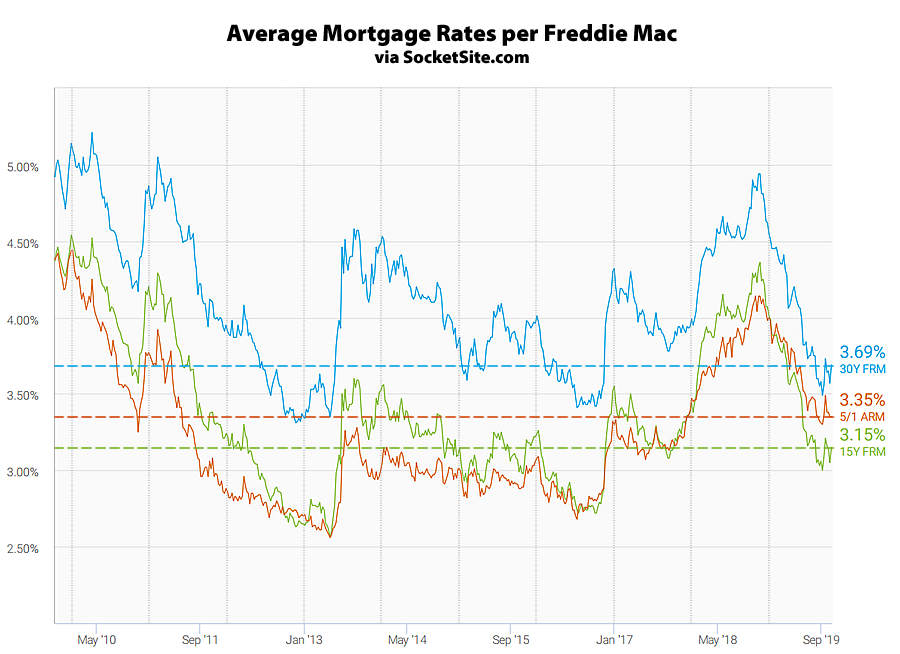 Having ticked down 16 basis points since mid-September, the average rate for a 30-year mortgage jumped 12 basis points over the past week and now measures 3.69 percent.

That being said, the average 30-year rate remains 116 basis points (1.16 percentage points) below its mark at the same time last year and within 28 basis points of a three/six-year low.

And according to an analysis of the futures market, the probability of the Fed instituting a third rate cut by the end of the year has ticked up to 90 percent.

Tower Under Construction Put on Hold