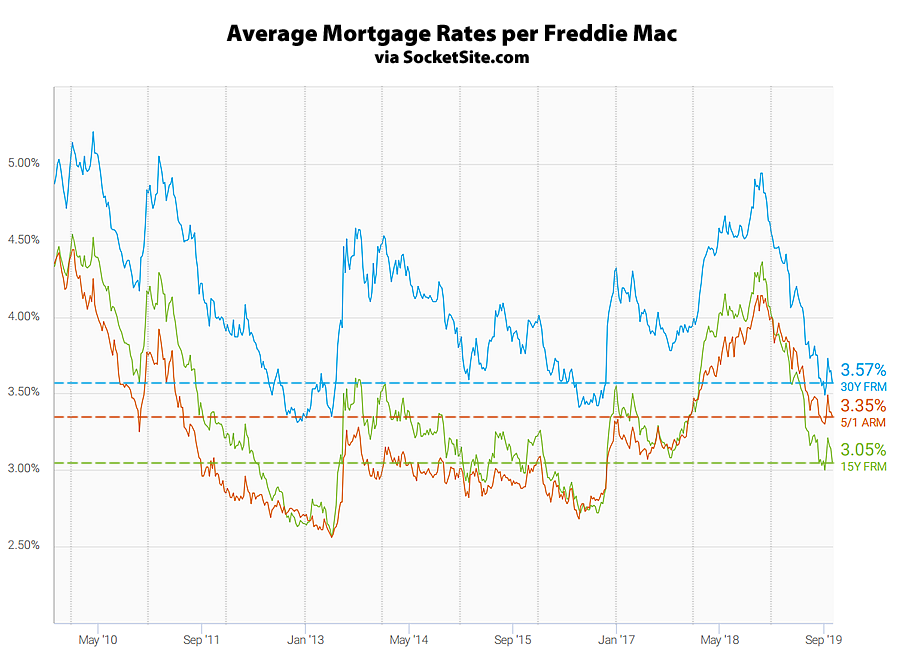 Having jumped 17 basis points in mid-September, the average rate for a 30-year mortgage has since shed 16 basis points and dropped back down to 3.57 percent, which is 133 basis points, 1.33 percentage points or 27 percent below its mark at the same time last year (and within 16 basis points of a three/six-year low).

And with respect to the odds of the Fed instituting a third rate cut by the end of the year, according to an analysis of the futures market, the probability has now jumped to 89 percent.

Landmark "Hacker" Church Back on the Market for $7.5M