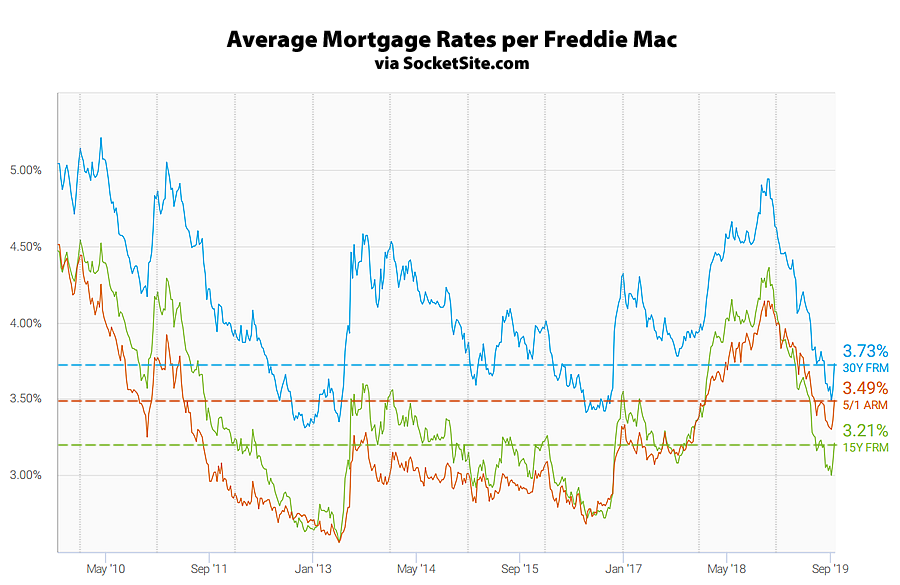 Having started to inch up last week, the average rate for a 30-year mortgage has since jumped another 17 basis to 3.73 percent but remains 92 basis points below its mark at the same time last year and within 32 basis points of a three/six-year low.

And while yesterday’s rate cut was effectively priced in, with the rate for the 10-year treasury actually inching up a few basis points following the Fed’s announcement and then dropping back this morning, there’s more uncertainty with respect to the Fed’s path forward, with the probability of a third rate cut by the end of the year currently running around 63 percent, according to an analysis of the futures market.

Keep in mind that the pace of home sales in San Francisco, as measured prior to the jump in rates over the past two weeks, has been down.

Pace of Existing Home Sales in the U.S. Ticks Up, Slips out West