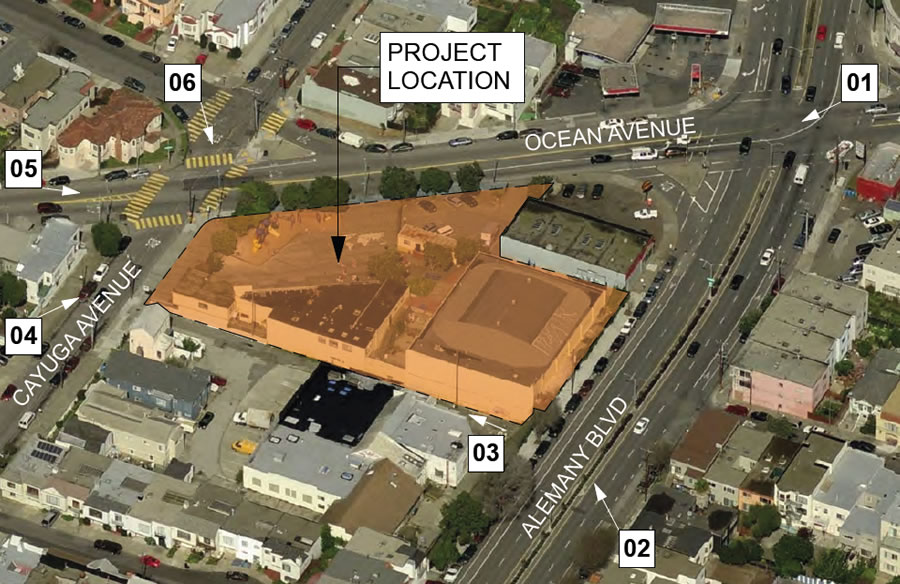 As we outlined two years ago, nearly to the day:

And as we first reported [back in 2016], the development team still isn’t planning to invoke the State Density Bonus Law to build above the 45-foot height limit for which the 65 Ocean Avenue parcel is effectively zoned but 20 percent of the units are expected to be offered at below market rates.

The proposed development, however, has since been redesigned. And while the project team still isn’t planning to invoke California’s Density Bonus Law, it is now seeking to leverage San Francisco’s HOME-SF program to build up to 55 feet in height upon the site and effectively triple the zoned density limits for the parcel as newly rendered below. 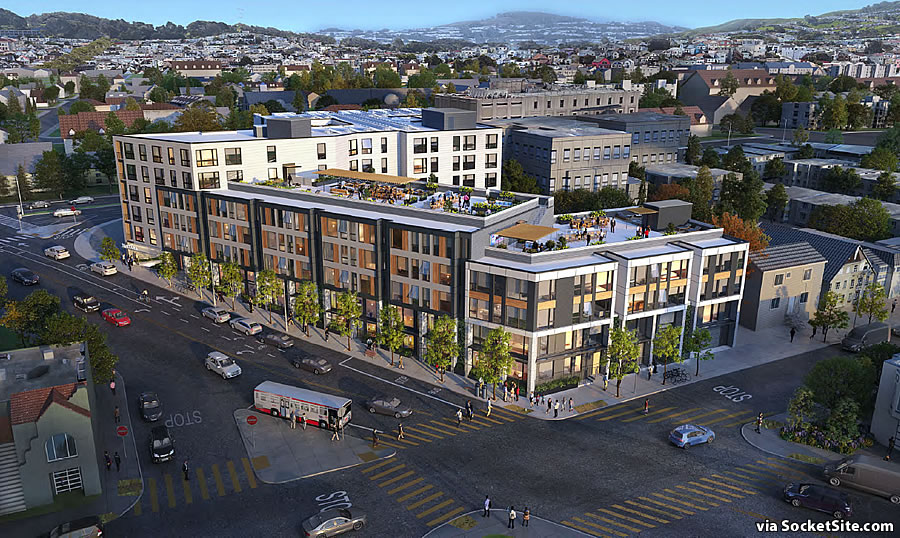 As such, the bigger plans for the development would now yield 193 residential units, 48 of which would be offered at below market rates (BMR), with a basement garage for 121 cars and 149 bikes, and a 5,900-square-foot child care facility on the building’s ground floor. 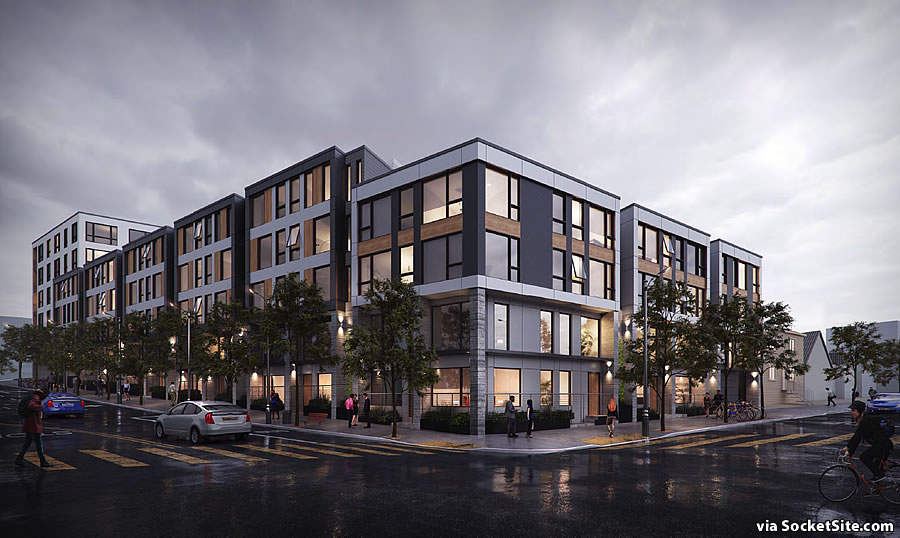 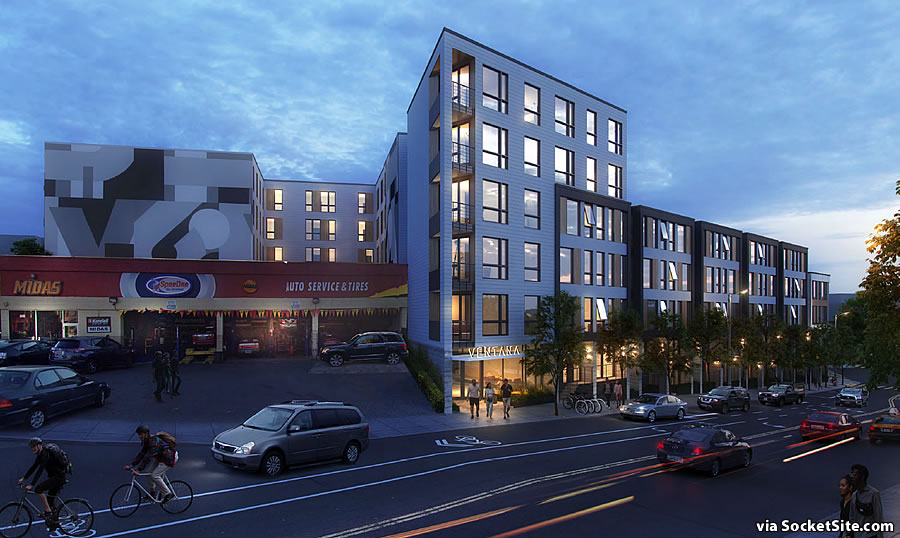 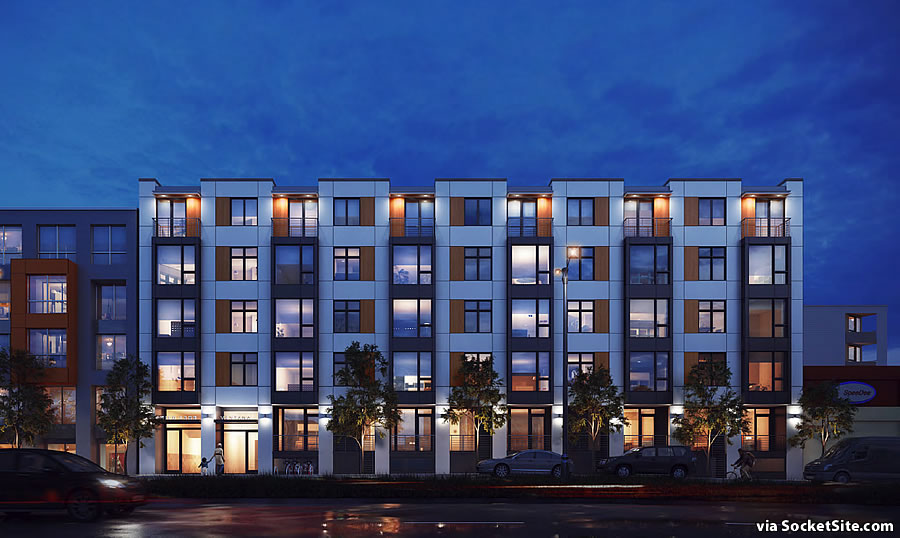 And if approved next week, as is being recommended by San Francisco’s Planning Department staff, the project team is aiming to break ground in the third quarter of 2020 and targeting a lease-up date in the fourth quarter of 2022.