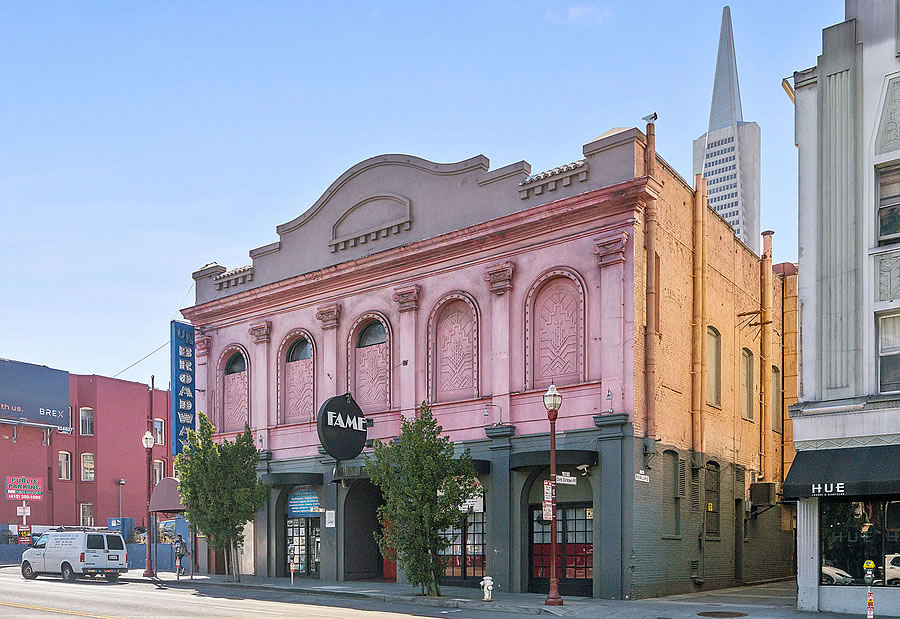 The roughly 12,000-square-foot building was sold to the Caballeros de Dimas-Alang, a Filipino fraternal organization, in 1945.  And in the early 1970’s, Ness Aquino opened Mabuhay Gardens, a Filipino restaurant and nightclub, on the building’s second floor.

In 1976, Ness inked agreements with promoters Dirk Dirksen and Jerry Paulsen to start booking punk rock and new wave bands into the venue.  And “The Fab Mab” was soon the venue of choice for the likes of the Dead Kennedys, Black Flag, Iggy Pop, the Ramones (with Robin Williams as their opener), Devo, Motorhead and Metallica (circa 1982).

The price for the entire building has been set at $9.75 million, which doesn’t include the liquor licenses for FAME and Broadway Studios, which are being sold as well, as the two establishments are currently operated by the owner of the property and are slated to “cease upon sale.”

The Grand Plan for Oakland's Downtown