The Grand Plan for Oakland’s Downtown 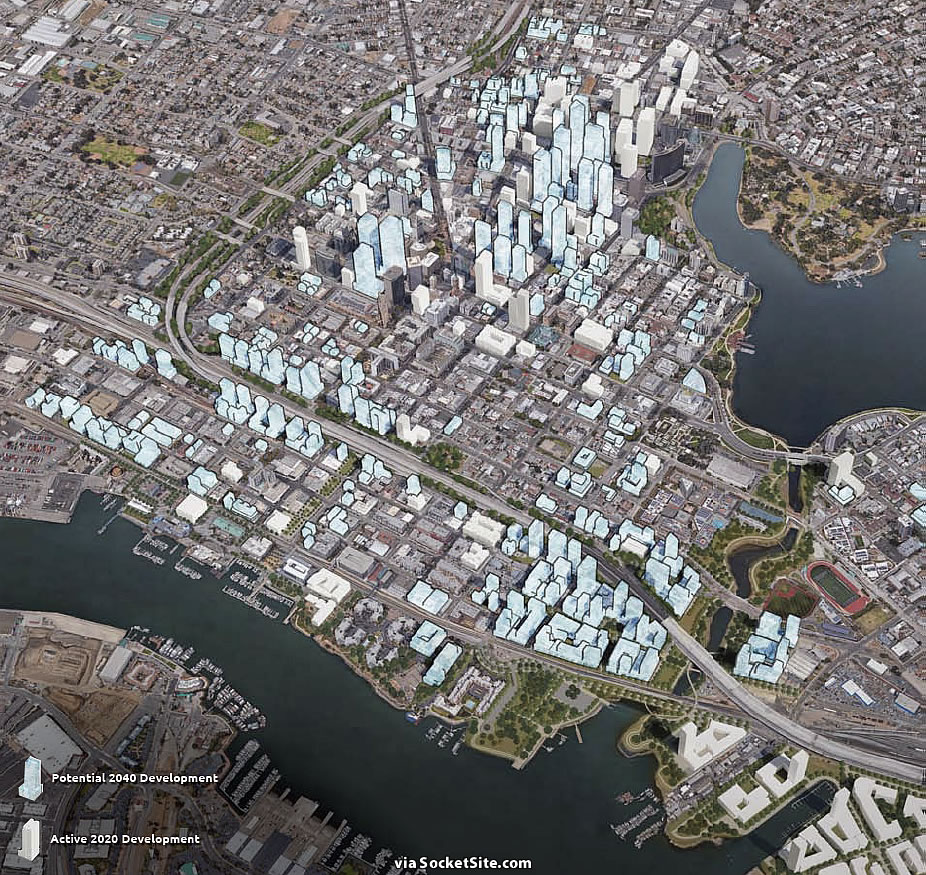 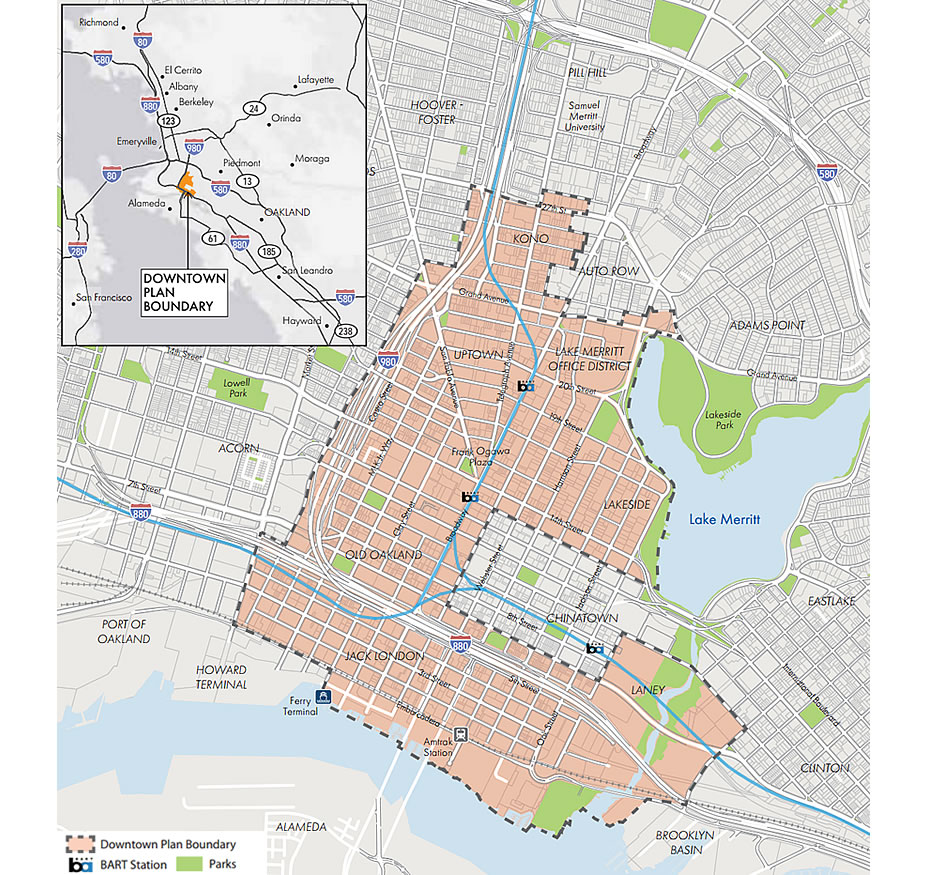 Having released a “preliminary draft” of its comprehensive plan to transform Downtown Oakland earlier this year, Oakland’s Planning Department will present its official Draft of the Downtown Oakland Specific Plan (DOSP) to the City’s Planning Commission this evening and solicit comments from the Commissioners and public.

If adopted, the DOSP would now allow for the development of up to 20 million square feet of new commercial space and over 29,000 new residential units over the next two decades, including up to 7,250 units of housing which could be offered at below market (affordable) rates, centered around BART and its connectors. 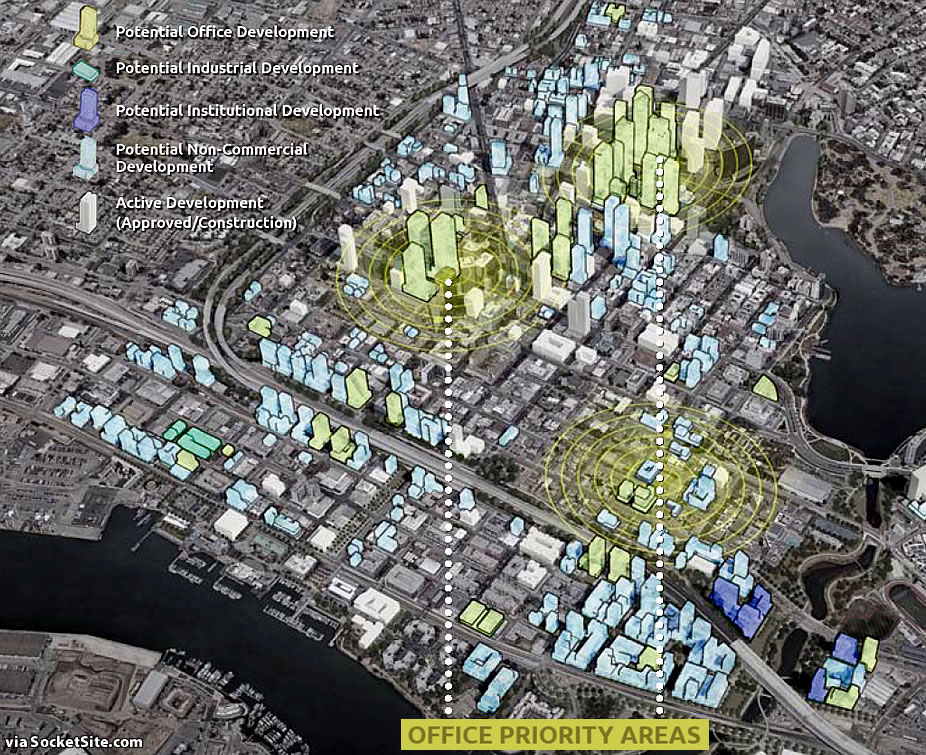 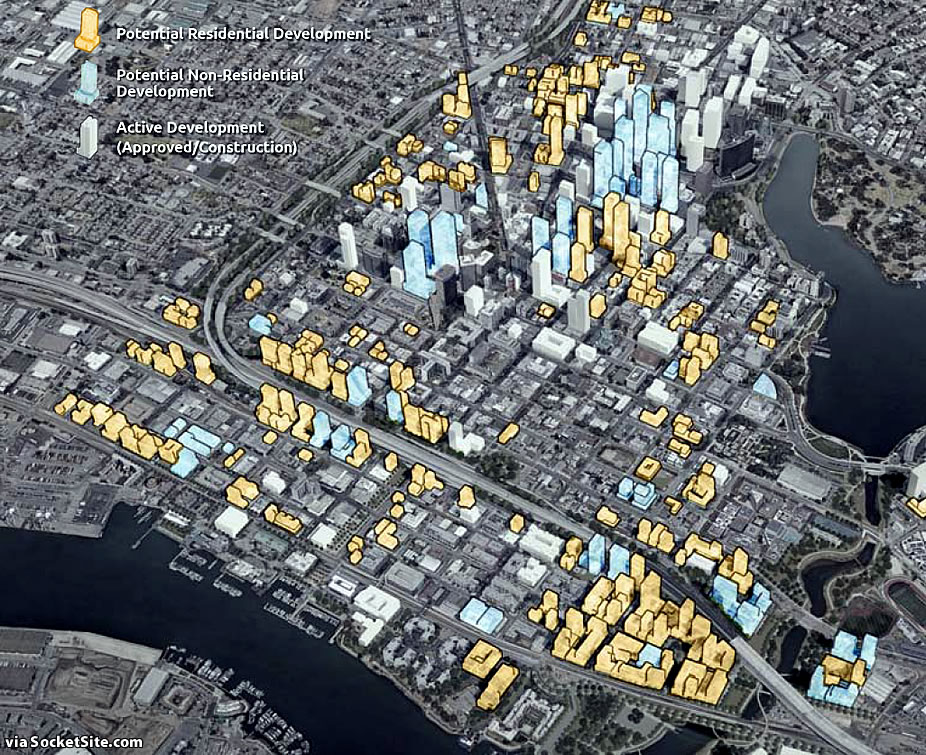 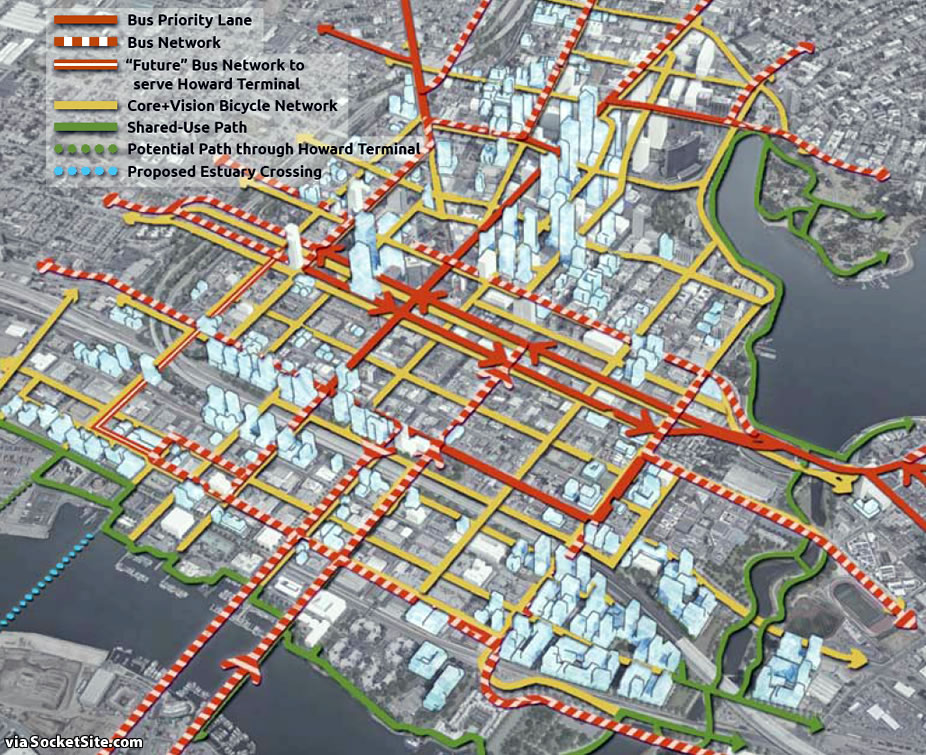 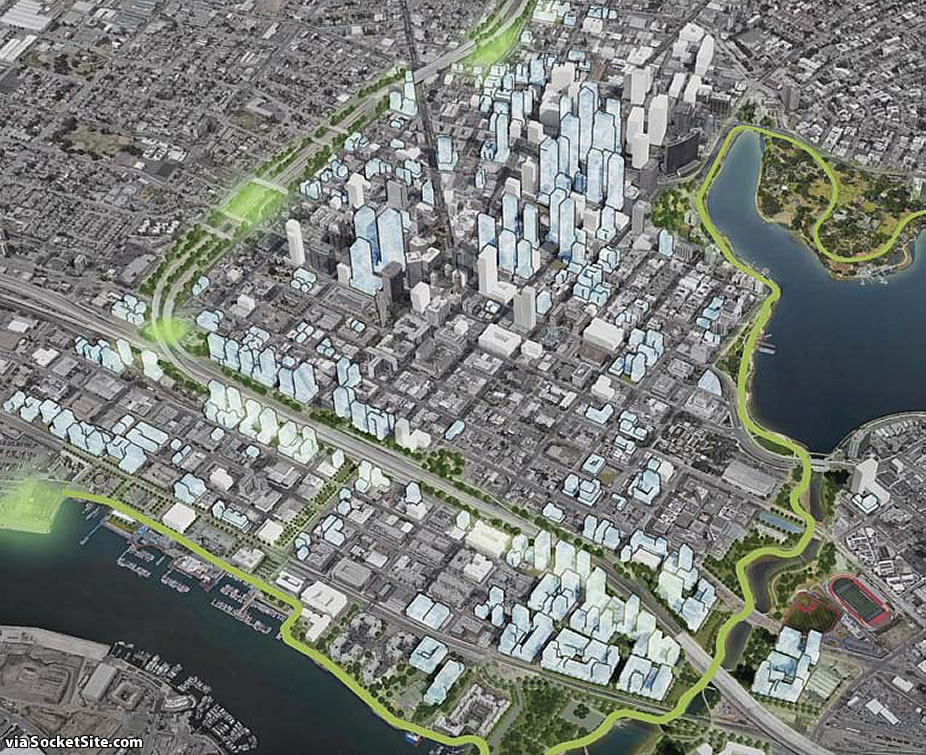 The adoption of special zoning and land use regulations would attempt to preserve existing cultural districts, including the Black Arts Movement District (BAMBD), while establishing a new “Maker District” around Jack London Square and solidifying a Chinatown Cultural Heritage District and Arts & Garage District in Koreatown/Northgate (KONO). 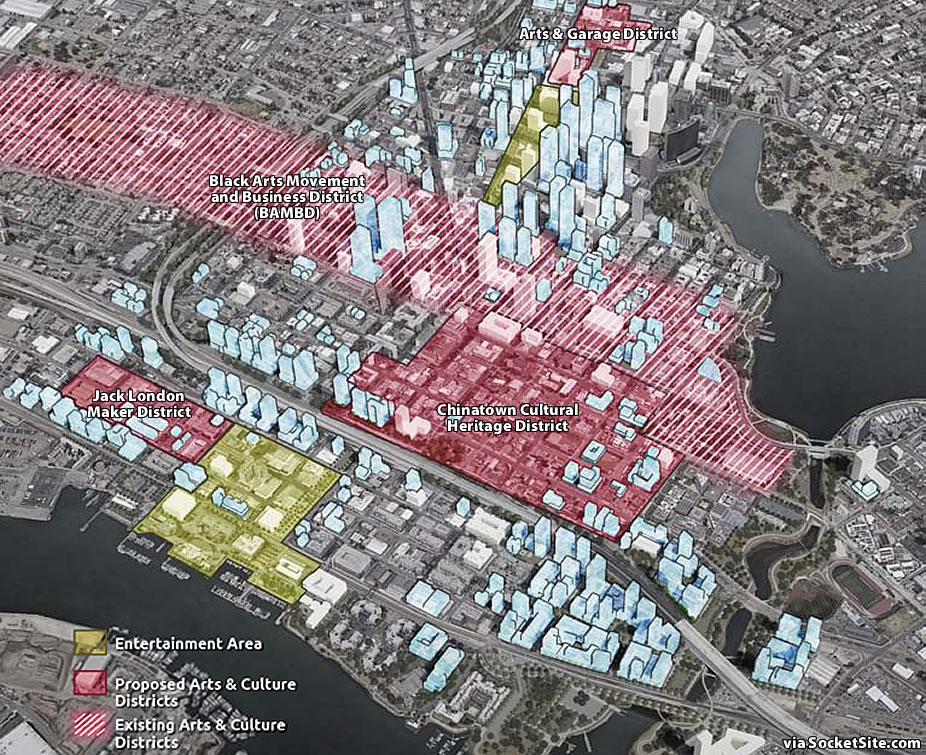 And in terms of timing, Oakland’s Planning Department is aiming to finalize the DOSP by the second quarter of next year and is positioning for its adoption next summer.