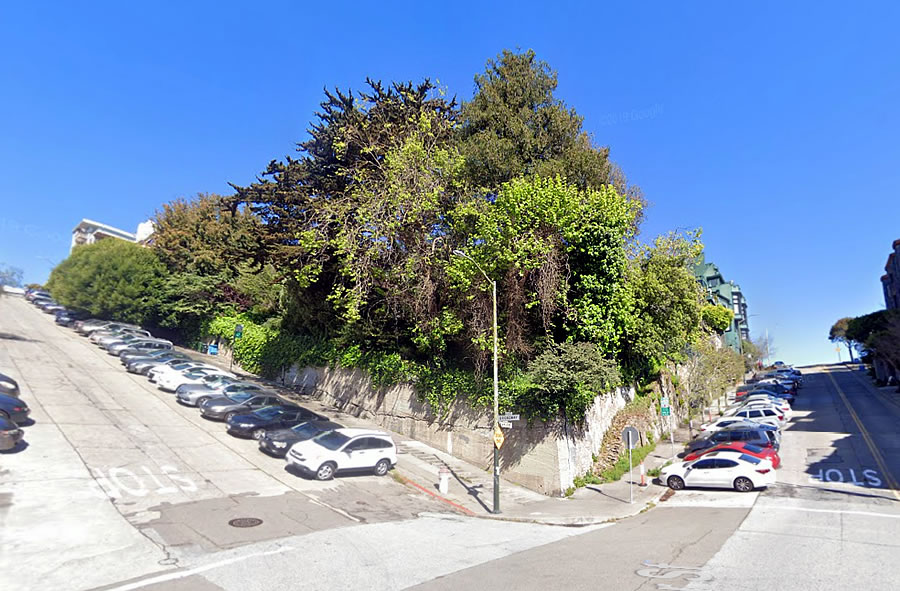 For the second time since 2012, the verdant Russian Hill parcel on the northwest corner of Broadway and Taylor, big plans for which have been drawn, has been taken back by the bank.

As we outlined earlier this week:

The opening bid for the parcel was subsequently set at $10.8 million. And with no bidders, the parcel at 1000 Broadway has been foreclosed upon anew and taken back by the bank.