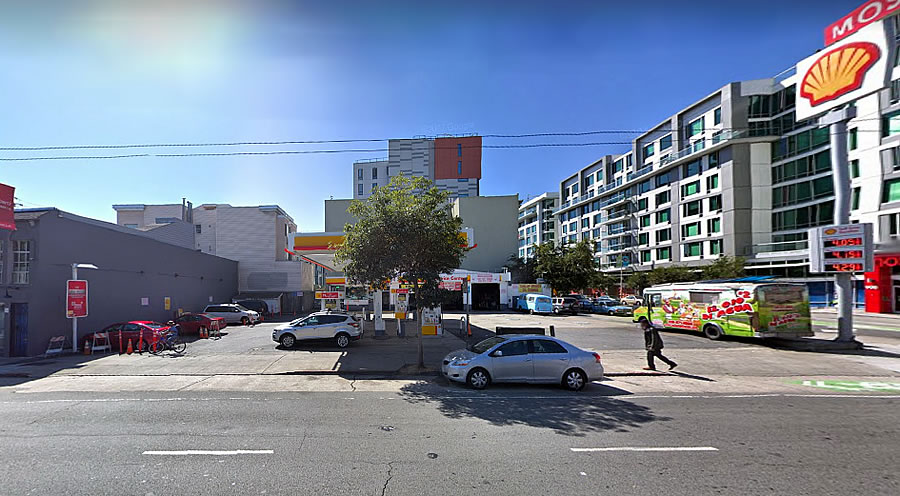 And as newly envisioned [and rendered below], a 16-story building would rise up to 160 feet in height on the 300 5th Street site, with 130 apartments over 1,000 square feet of ground floor retail space and a request to waive the site’s existing 85-foot height limit – which wasn’t changed per San Francisco’s Central SoMa Plan – based on California’s Density Bonus Law. 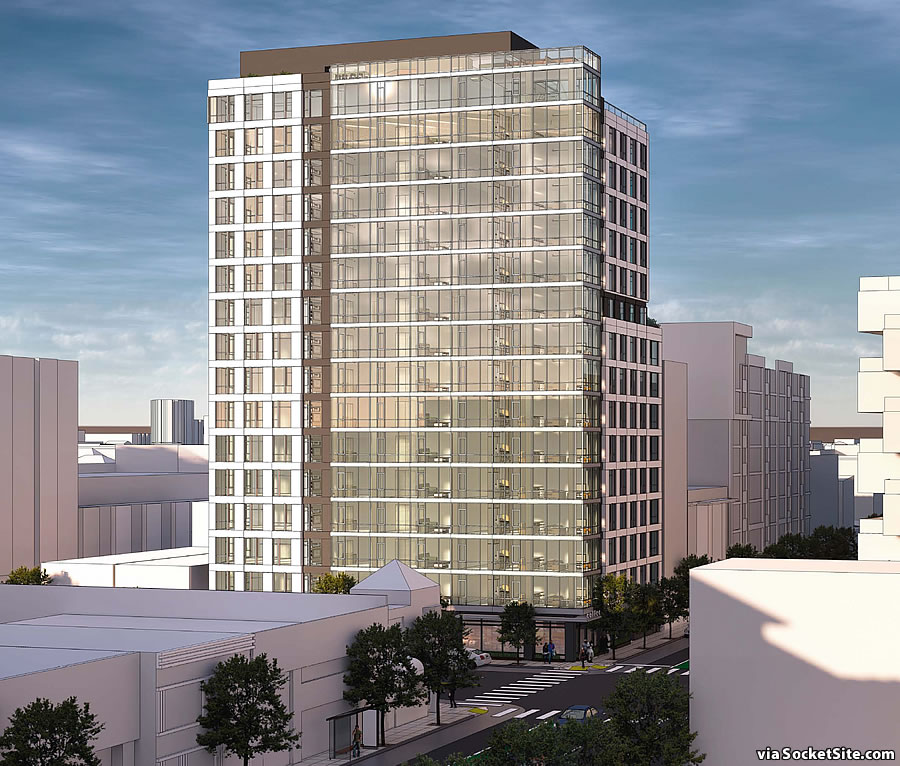 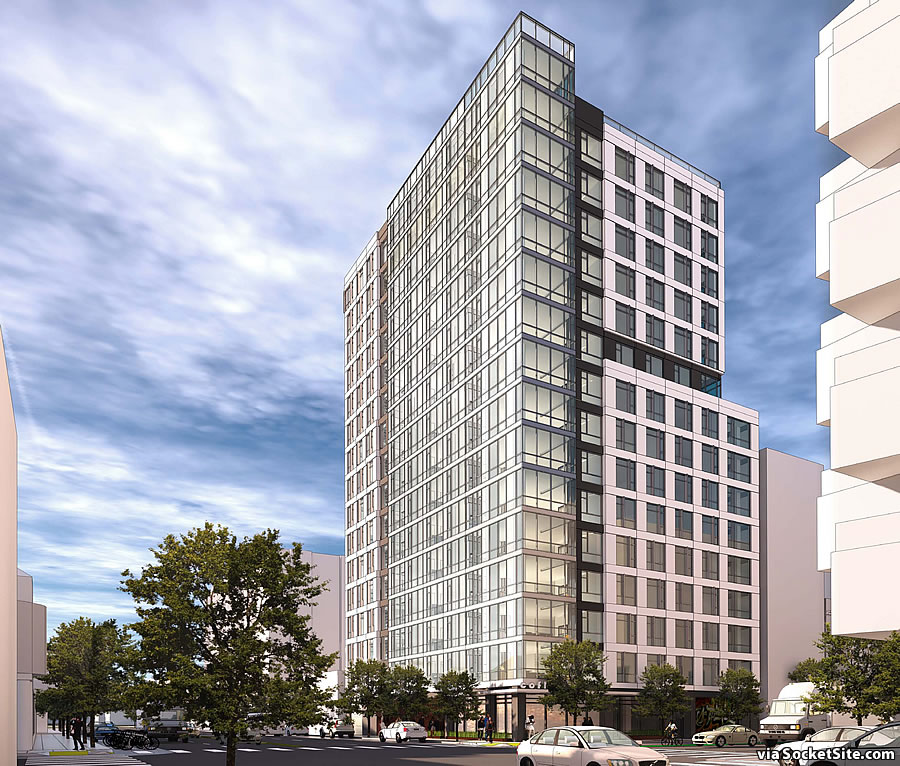 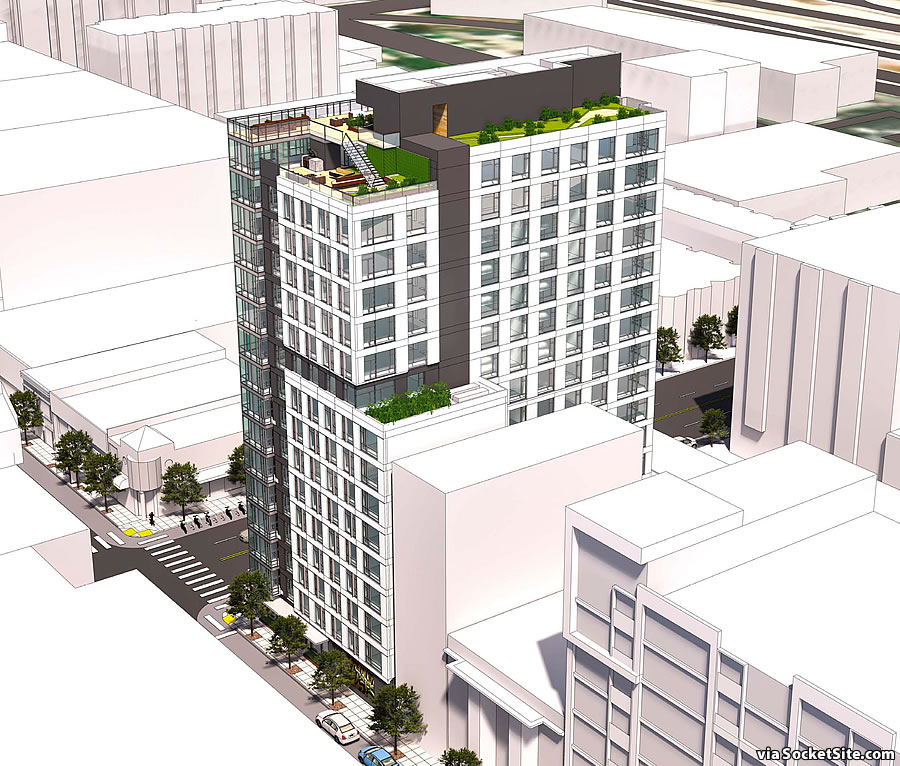 But as with the proposed tower to rise up to 294 feet in height on the northwest corner of Harrison and Hawthorne, Planning has challenged the project team’s calculation of the bonus allowed per the aforementioned bonus law and its application to the development as proposed.

At the heart of the looming battle is a legislative change attached to the City’s Central SoMa Plan, a Plan which allows for additional height and density within the neighborhood but also restricts full lot coverage developments, a restriction which affects the base calculation of a conforming development and its subsequent bonus potential.

And despite Planning’s preliminary feedback on the project as envisioned, and challenge, the project team proceeding with their plans for a 160-foot-tall project, formally responding: “The Project Sponsor does not support any legislative changes that reduce the allowable residential density proposed for this project or any others within the Central SoMa SUD” and is “not prepared [to reduce their calculation of the allowable density bonus] at this time.”