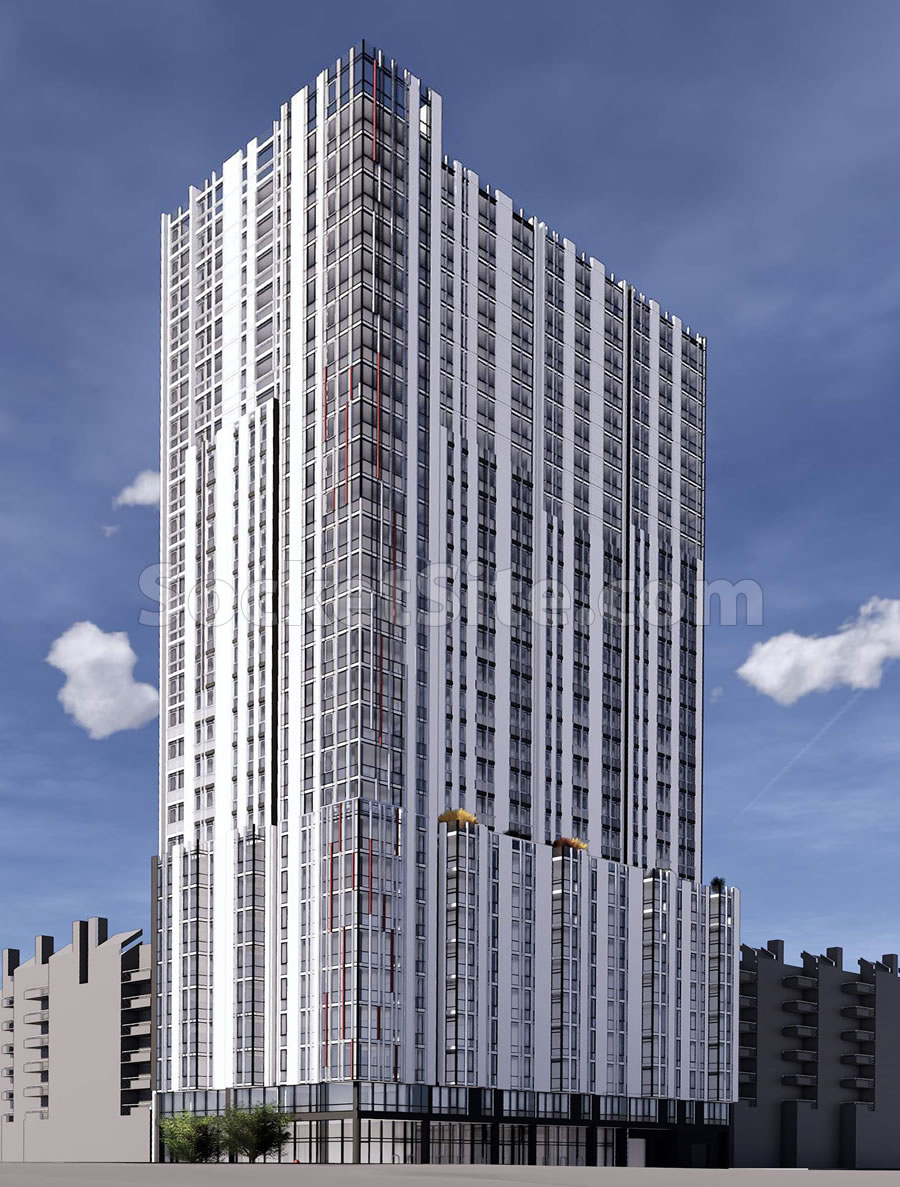 As we first revealed last month, bonus plans for a 245-unit residential building to rise up to 294 feet in height on the northwest corner of Harrison and Hawthorne have been drawn.  And in order to build up to 294 feet in height upon the 650 Harrison Street parcel, which was recently up-zoned for development up to 130 feet in height per San Francisco’s challenged Central SoMa Plan, the project team is planning to request a building height waiver based on California’s Density Bonus Program.

That being said, based on the City’s preliminary review of the proposed development, it would appear that the project team miscalculated the maximum number of units that could rise on the site, a miscalculation which could reduce the project’s allowable density by 20 percent.

In addition, while the State Density Program does allow for a waiver of existing height limits, “requested waivers may not exceed that which is necessary to accommodate the extra density, incentives, or concessions conferred by the Density Bonus program.” And based on Planning’s preliminary review, “the proposed project appears to not utilize allowable building envelope to accommodate the additional density in favor of increased height” (which is likely foreshadowing for another proposed development in the city as well).

Regardless, the project team could still seek to build up to 294 feet in height on the site as a requested concession/incentive per California’s Density Bonus program. But the project team would have to provide evidence that the requested concession/incentive would result in an “identifiable, financially sufficient, and actual cost reduction” versus another approach in order to be approved. And typically, building up is more expensive than building out.

Different Drivers Pushing Average Rents up in SF and Oakland