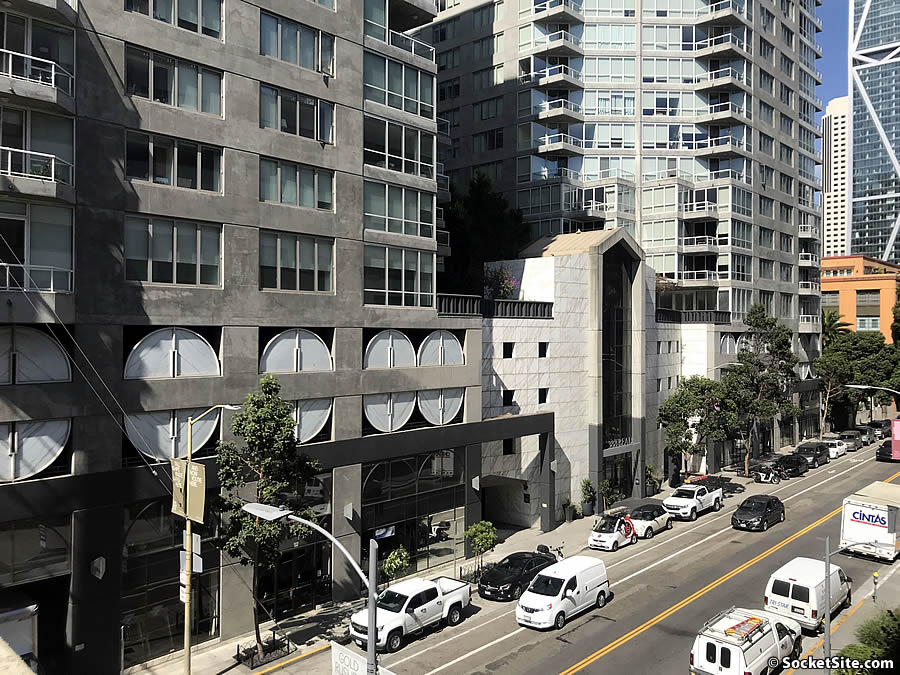 There are currently 228 parking spaces in the podium of the 227-unit Bay Towers building at 388 Beale Street, the majority of which are tucked away behind the vented semi-circles on the third and fourth floors of the 20-story building which was developed in 1999.

But plans to remove 44 of the Bay Tower’s parking spaces have been drafted.

And as envisioned by UDR and partially enabled by San Francisco’s Accessory Dwelling Unit (ADU) program, roughly 7,100 square feet of space in the building’s garage will be converted into 13 new dwelling units, a mix of 4 studios, 3 one-bedrooms, 4 twos and 2 threes fronting Beale.

In terms of aesthetics, the building’s third and fourth floor facades would be infilled. 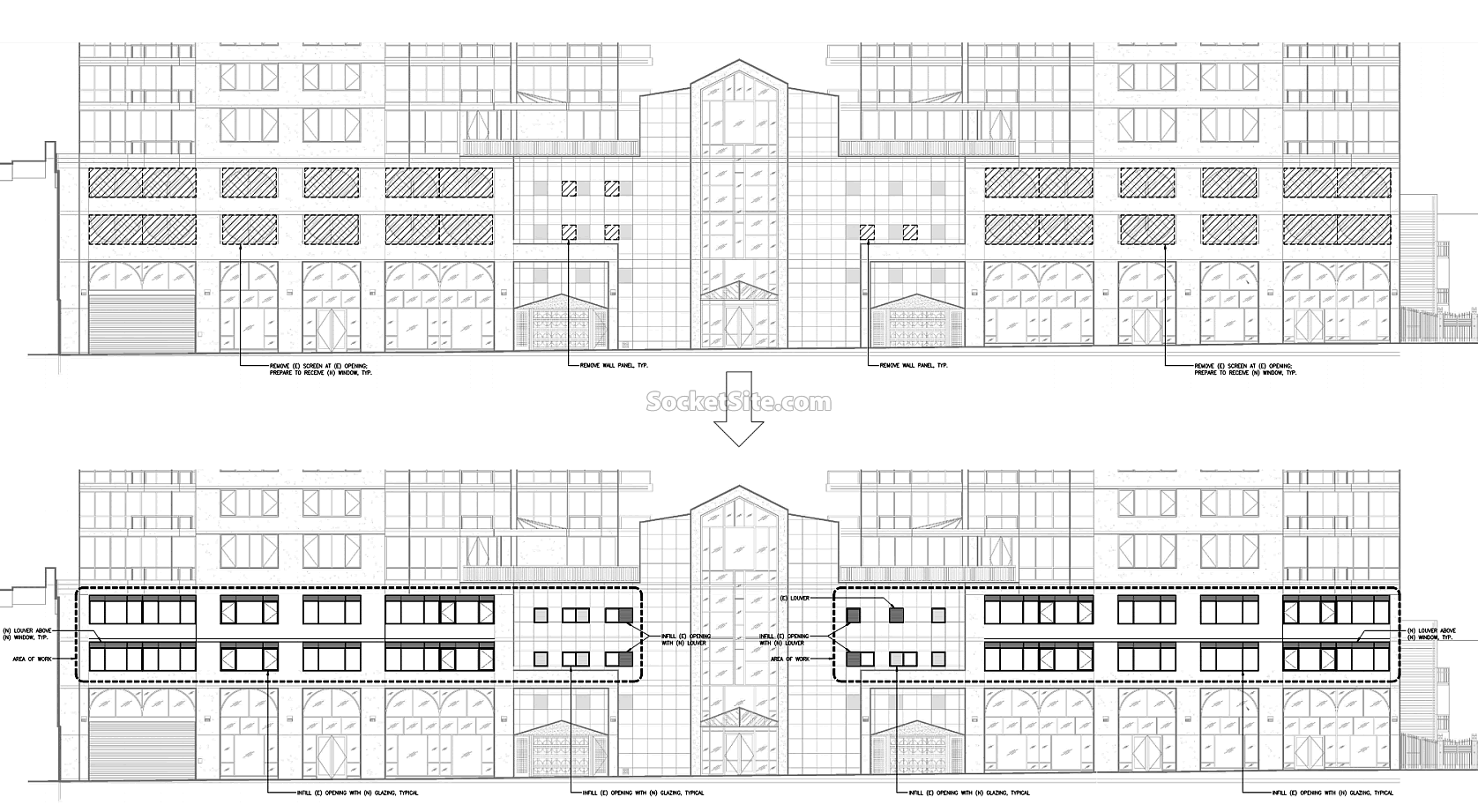 And in terms of the economics, keep in mind that the least expensive Bay Towers one-bedroom that’s currently available is listed for just under $4,300 per month, or a little over $5,000 for a two, with an estimated construction cost of around $3 million for the conversion (and versus a current market rate of around $350 a month for a reserved parking spot in the building).