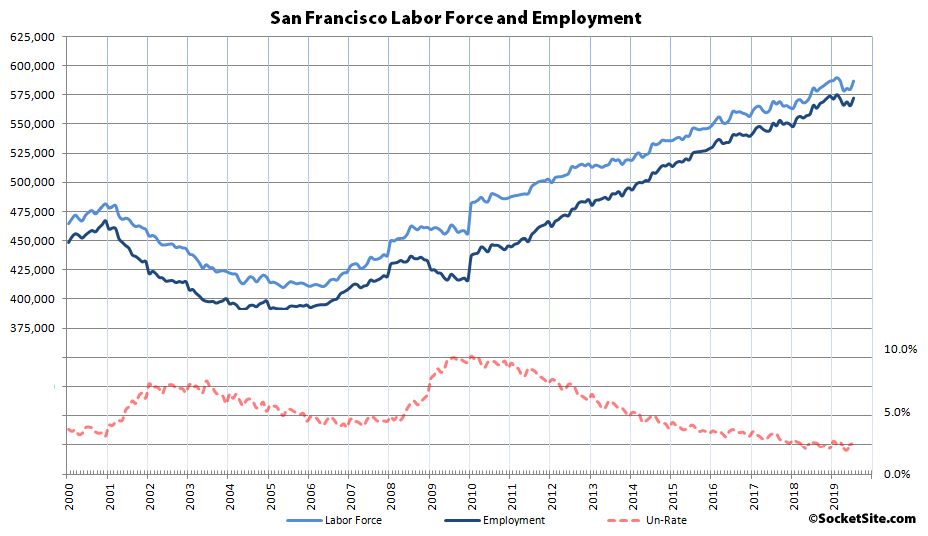 Having dropped to a record low of 1.9 percent in May, the unemployment rate in San Francisco has since inched up to 2.4 percent.

But with a seasonally driven bump in employment as well, the number of people living in the city with a paycheck is back up to 586,700, which is an increase of 7,200 from June, within 2,800 of February’s record high and still 6,300 more than at the same time last year, which is the smallest year-over-year gain since January of 2018.

In Alameda County, which includes the City of Oakland, the estimated number of people living in the county with a paycheck increased by a seasonal 6,500 over the past month to 825,700, which is effectively even (-500) with the same time last year and the second straight month without a year-over-year gain, which hadn’t previously occurred since January of 2010. 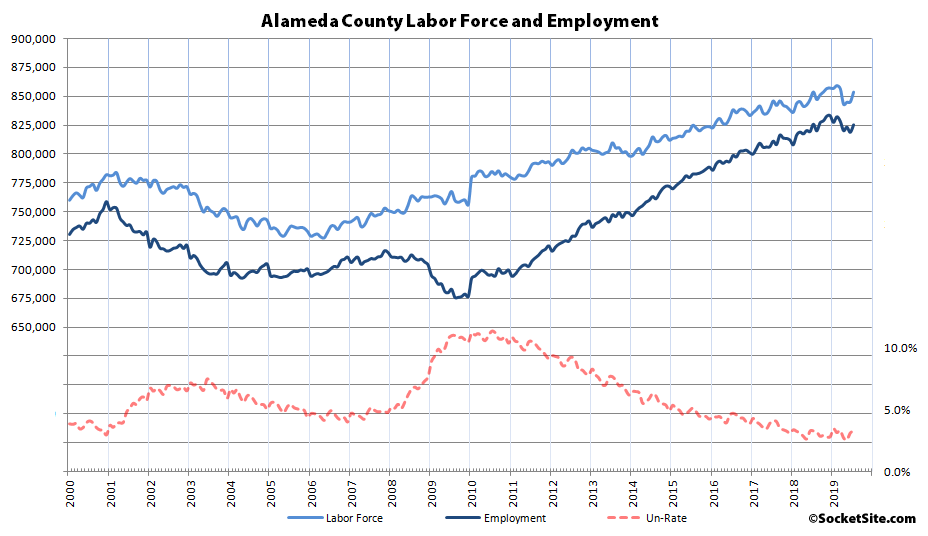 Across the greater East Bay, including Solano County, the unemployment rate inched up to 3.5 percent as total employment increased by a seasonally driven 11,500 to 1,572,800 but remains 4,900 below its mark at the same time last year, representing the second consecutive month of year-over-year declines, which is a first since 2010 as well.

Up in Marin, the number of employed residents increased by a seasonally driven 2,000 in July to 139,000 but remains down by 100 versus the same time last year and the unemployment rate has inched up to 2.6 percent.

As such, the unemployment rate for the Bay Area as a whole has inched up to 2.9 percent with a total of nearly 4,100,000 people employed, which is still 7,500 more than at the same time last year but the smallest year-over-year increase in Bay Area employment since the first quarter of 2010 and within 19,300 of February’s record high versus an increase of 65,500 from February to July of last year.