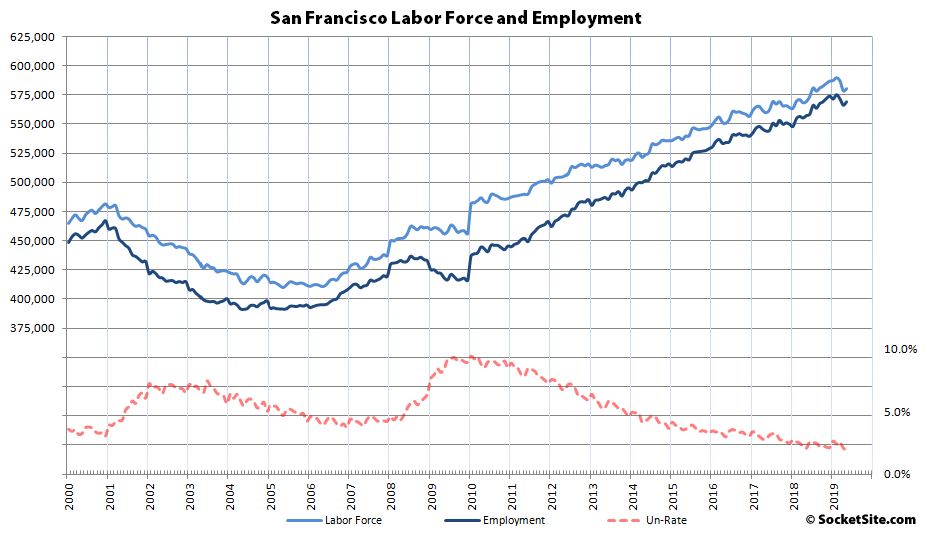 The unemployment rate in San Francisco has dropped to a record low of 1.9 percent, with the ranks of the employed having increased by 2,900 to 569,300 in May.

That being said, the ranks of the employed are still down by 6,100 from February’s record high and the rate of change in employment has been negative over the past quarter. But there are still 132,600 more people living in San Francisco with paychecks than there were at the start of 2010 and 11,900 more than at the same time last year.

In Alameda County, which includes the City of Oakland, the estimated number of people living in the county with a paycheck increased by 3,600 over the past month to 824,200, which is down by 8,500 over the past quarter and only 3,400 above its mark at the same time last year (representing the slightest year-over-year gain since the first quarter of 2011) and the unemployment rate has dropped to a record low of 2.5 percent with the labor force having decreased by 14,000 over the past three months. 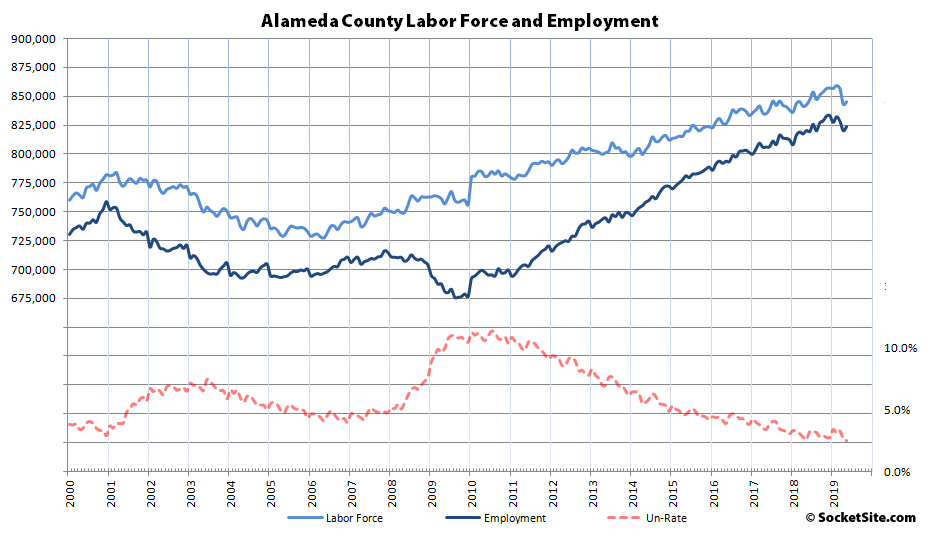 Across the greater East Bay, including Solano County, total employment now totals 1,571,100 (which is up by 6,400 over the past month but down by 15,700 over the past quarter) with an unemployment rate of 2.7 percent and 3,100 more people living in the greater East Bay with a paycheck than at the same time last year, representing the slightest year-over-year gain in employment since the first quarter of 2011 as well

Up in Marin, the number of employed residents increased by 400 in May to 137,500, representing a total gain of 400 over the past year, while the unemployment rate has dropped to 1.9 percent.

And as such, the unemployment rate for the Bay Area as a whole has dropped to record low of 2.3 percent with a total of 4,084,500 people employed, which 32,500 more people with paychecks living in the Bay Area than at the same time last year but 34,400 fewer than in February (versus an increase of 25,000 from February to May of last year).

Refined Plans for a 35-Story Oakland Tower (And More)