Getting Schooled in the Mission 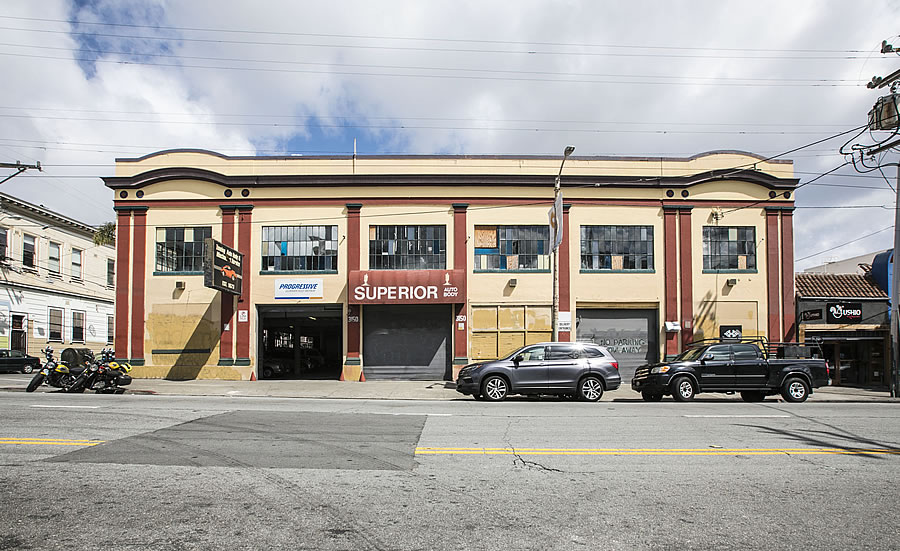 While plans to convert the Mission District garage at 3140-3150 16th Street into a massive 20,000-square-foot restaurant and event space dubbed “The Albion on 16th” have been drawn, the building is now back on the market as “an excellent opportunity for an investor to re-purpose the existing building,” but without any approvals having yet to be secured nor a set price.

Purchased for a record-setting $8.7 million back in 2013, at which point Mx3 Ventures was planning to develop a five-story building with up to 25 condos and 8,000 square feet of retail on the parcel, said plans were subsequently abandoned and downsized, which shouldn’t have caught any plugged-in readers by surprise. And the downsized plans were then downsized again.

Keep in mind that while the corner site between Valencia and Guerrero in the Mission is zoned for development up to 55 feet in height, the existing Superior Automotive shop building is considered a historic resource, having been identified as such back in 2004.

As we added last year, “having failed to secure a buyer, the owners, who were seeking $11 million for the “excellent opportunity,” are now seeking “a great long term tenant” for the “historic garage.”

And plans to convert the garage into a private K-8 Elementary School have now formally been submitted to Planning, championed by the Spanish Infusion School, which was formerly known as Marin Prep.