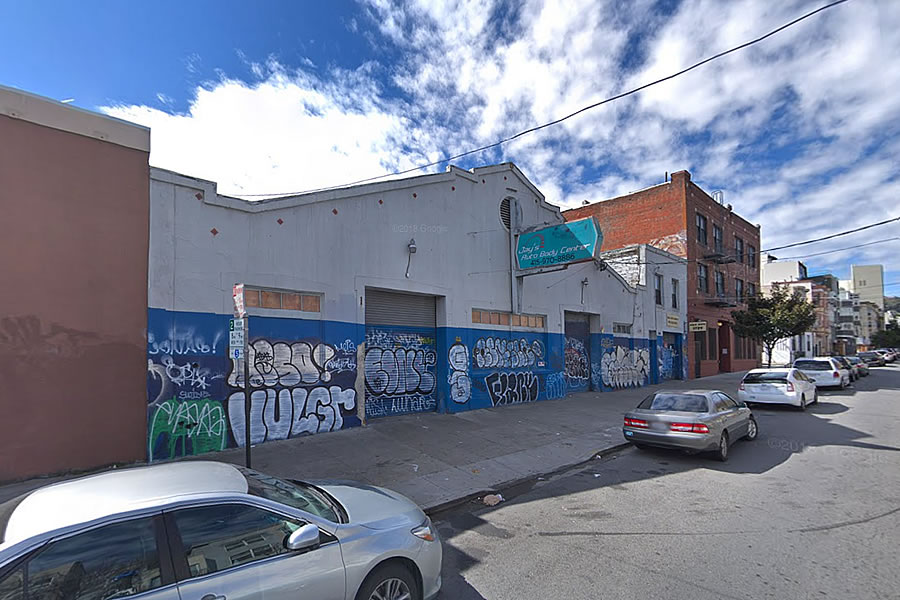 As we reported last year, the formal application to move forward with the demolition of the shuttered Mission District garage at 1721 15th Street (between Little Star Pizza and The Monastery, which is actually on market) and development of a modern five-story building upon its site has been submitted to Planning. 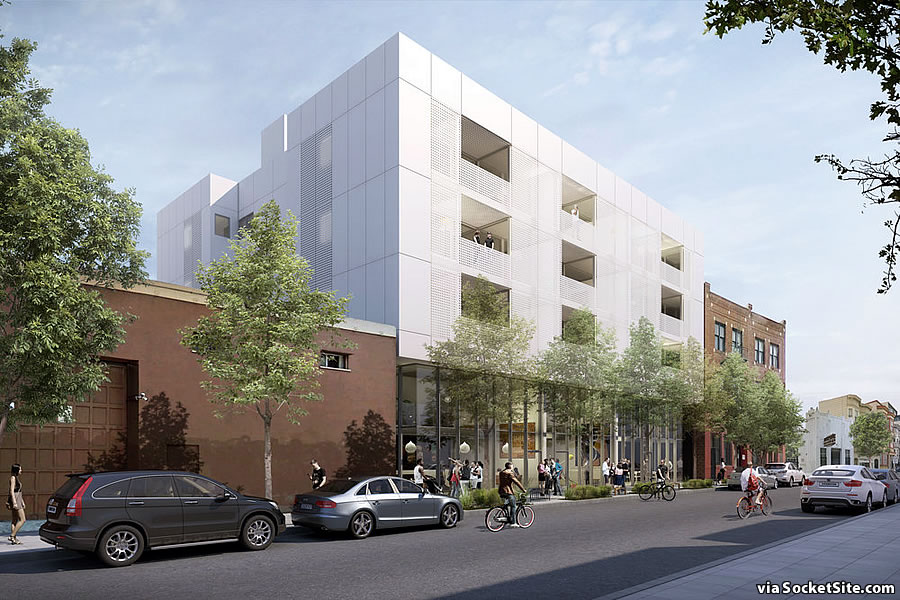 The project as proposed would yield 24 residential units (8 one bedrooms and 16 twos) over 2,700 square feet of retail space, with off-street parking for 24 bikes and zero (0) cars and a facade that’s finished with perforated Corian panels.

And while the existing 102-year-old garage had been tagged as a potential Historic Resource for the ‘Inner Mission Reconstruction Historic District’ when purchased by the project team in 2016, the group has secured a determination from Planning that there are “no historical resource(s) present” to impede its demolition and redevelopment.

But the processing of the formal application has been put on hold. And bigger plans for the site have since been drawn for the Dragonfly Investments Group, bonus plans which would yield a total of 41 residential units (over two retail spaces): 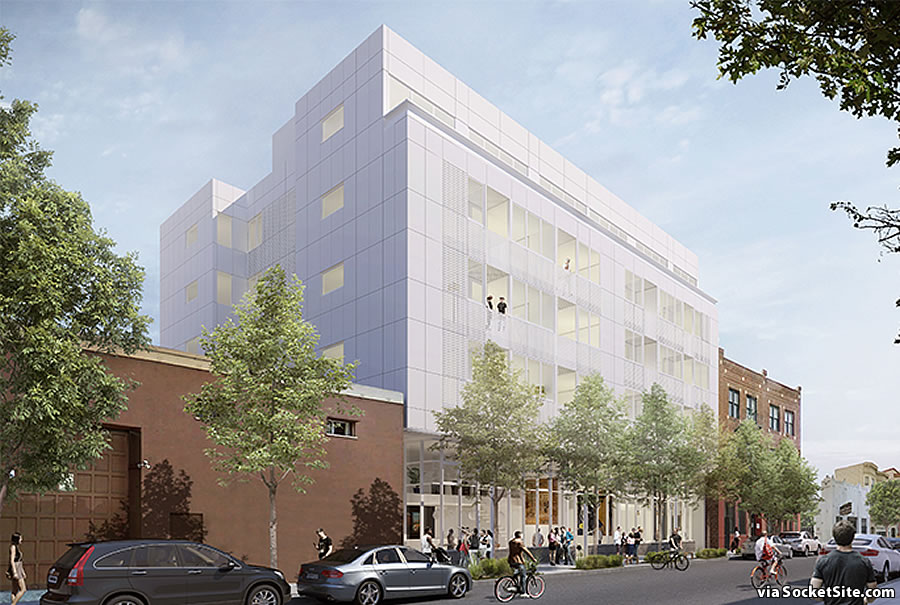