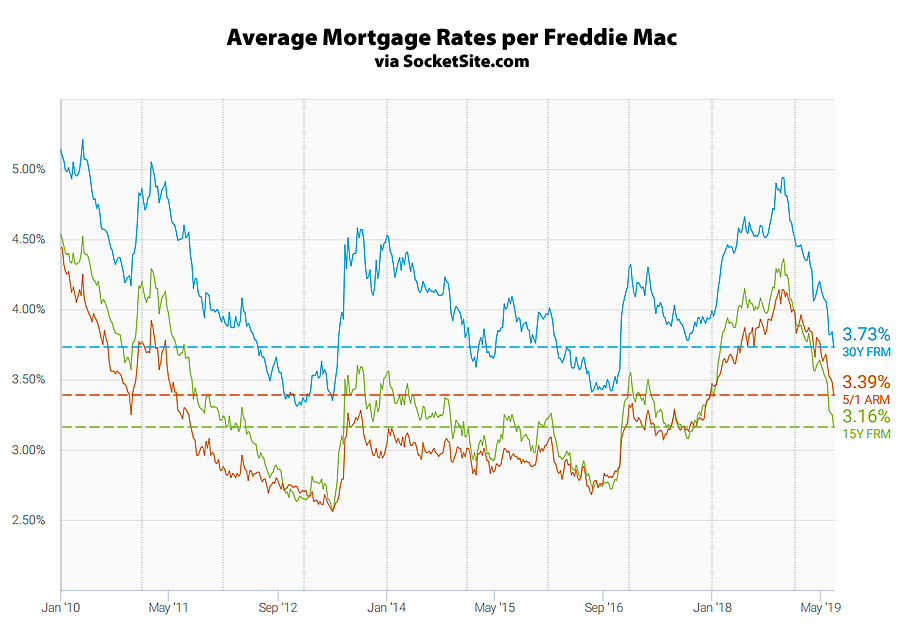 As foreshadowed, the average rate for a 30-year mortgage dropped 11 basis points over the past week to 3.73 percent, which is now down 121 basis points (1.21 percentage points) since the fourth quarter of last year and represents the lowest 30-year rate since November of 2016.

And the probability of a Fed easing rates by the end of the year is holding at 100 percent according to an analysis of the futures market and which shouldn’t catch any plugged-in readers by surprise.

Pending Home Sales Drop in the West but Tick Up Overall