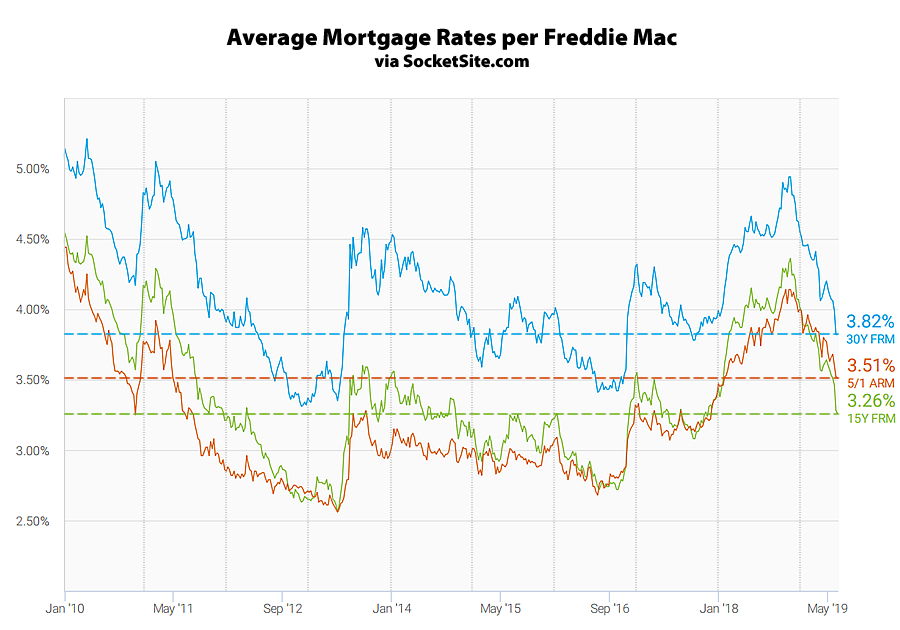 While the average rate for a 30-year mortgage was unchanged over the past week, holding near a two-year low of 3.82 percent, Freddie Mac’s latest Mortgage Market Survey was conducted prior to yesterday’s meeting of the Federal Reserve, after which the yield on the 10-year Treasury, which drives mortgage rates, dropped under 2 percent for the first time since the fourth quarter of 2016 and is down over one full percentage point since the fourth quarter of last year.

And while the Fed elected not to adopt an easing of rates yesterday, it set the stage for a future easing (or two) and the probability of the Fed acting by the end of this year has jumped to 100 percent according to an analysis of the futures market (and which shouldn’t catch any plugged-in readers by surprise).