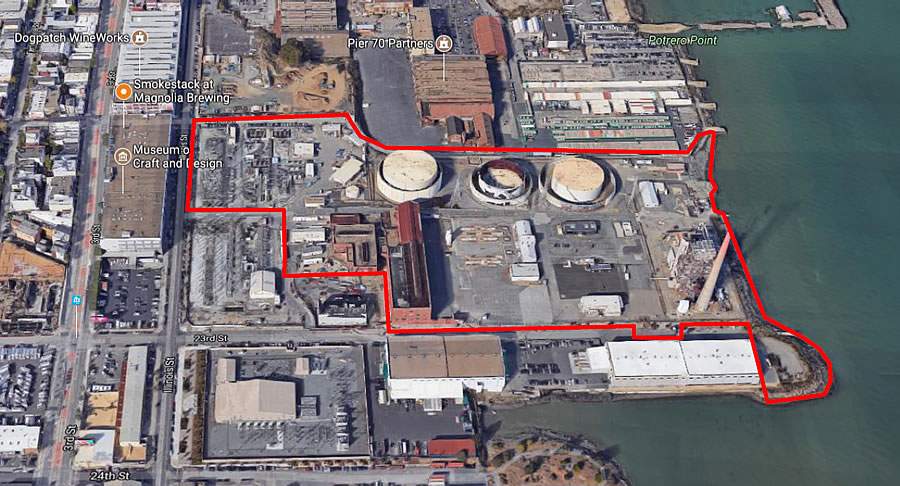 The Draft Environmental Impact Report (DEIR) for the proposed redevelopment of the 29-acre Potrero Power Plant site – which could yield nearly 2,700 units of housing; 1.6 million square feet of commercial space (including office, retail, research and industrial); a 220-room waterfront hotel; parking for around 2,600 cars and 1,950 bikes; and 6.2 acres of new open space/parks – has just been released (Volume 1, Volume 2) and a public hearing on the report has been scheduled for November 8. 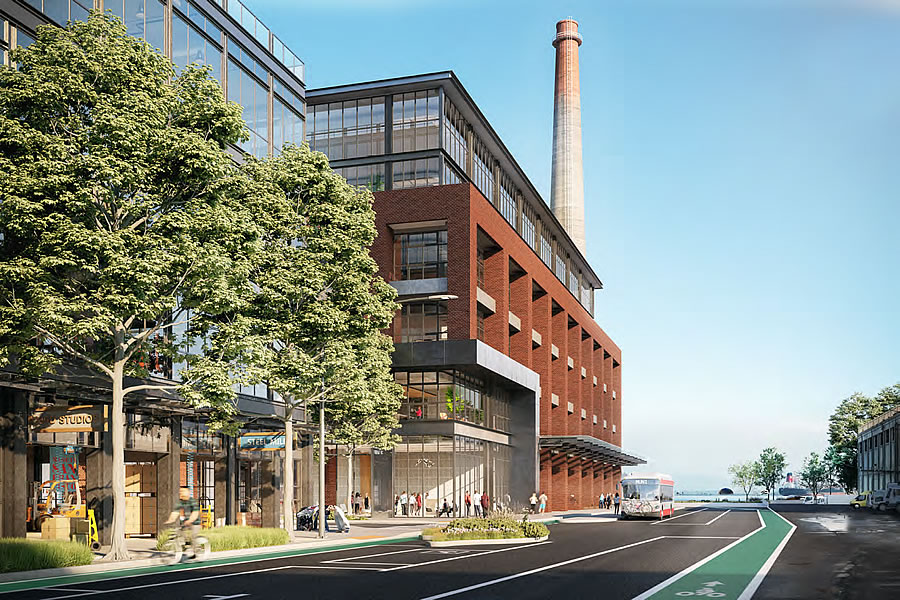 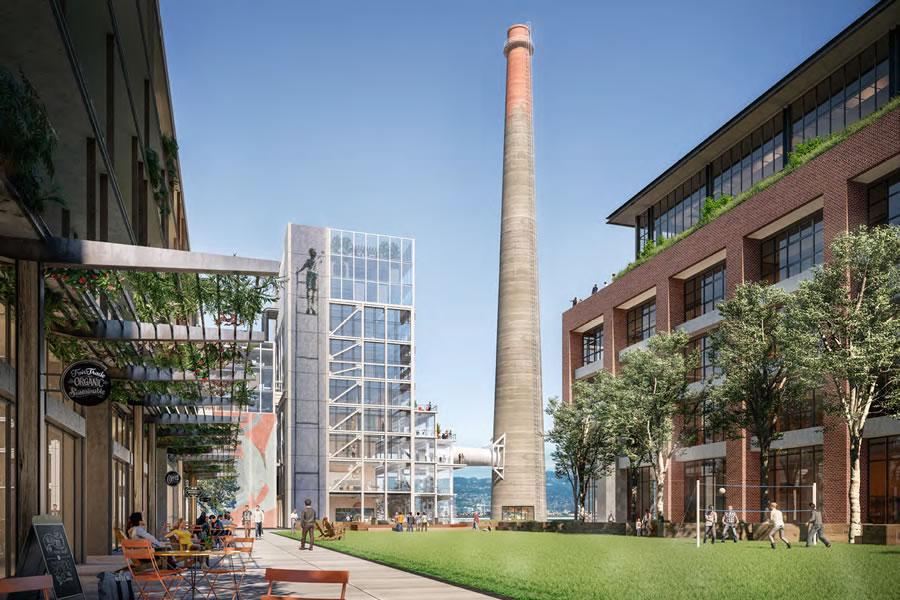 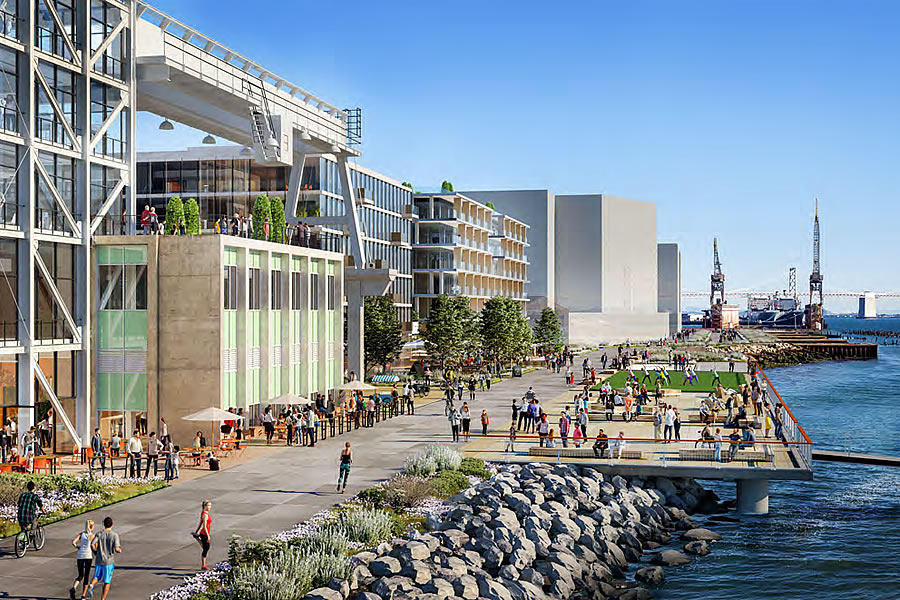 The five most “significant and unavoidable impacts” of the proposed development, according to the DEIR:

1. Historic architectural resources (impacts on individually significant buildings and the integrity of a historic district)
2. Transportation and circulation (with respect to transit capacity and operations)
3. Noise (in terms of both construction noise levels and operational noise increases from new traffic)
4. Air quality (emissions during construction and ongoing operations)
5. Wind (potential for hazardous wind conditions during construction and/or due to changes in the building layout and/or massing)

As we reported earlier this year, permission to demolish around 20 existing buildings on the site, including four historic resources (the plant’s Gate House, Meter House, Compressor House and Station A) which have been identified as contributors to San Francisco’s Third Street Industrial Historic District, will need to be granted in order for the project to proceed as proposed or the mass of the development will need to be reduced.

And once again, in order to build up to 300 feet in height, as proposed, the existing zoning for the site, which currently limits development to 65 feet, will need to modified as it was for the adjacent Pier 70 project. 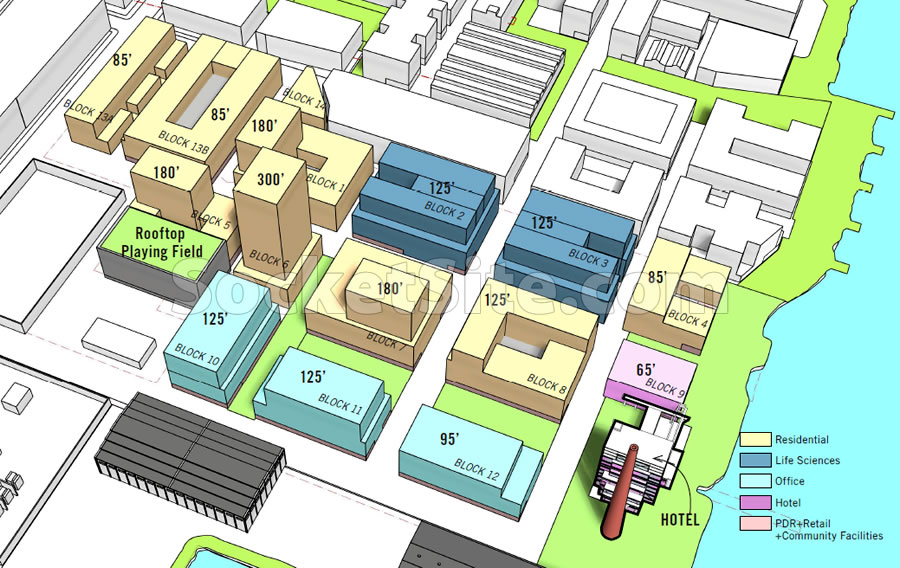 But if the impact report is certified and the project is subsequently approved and permitted, the project team, which includes Meg Whitman and Associate Capital, is positioning to break ground in 2020 and build in seven overlapping phases over the course of 15 years, potentially completing the development as early as 2034, “depending on market conditions and permitting requirements.” 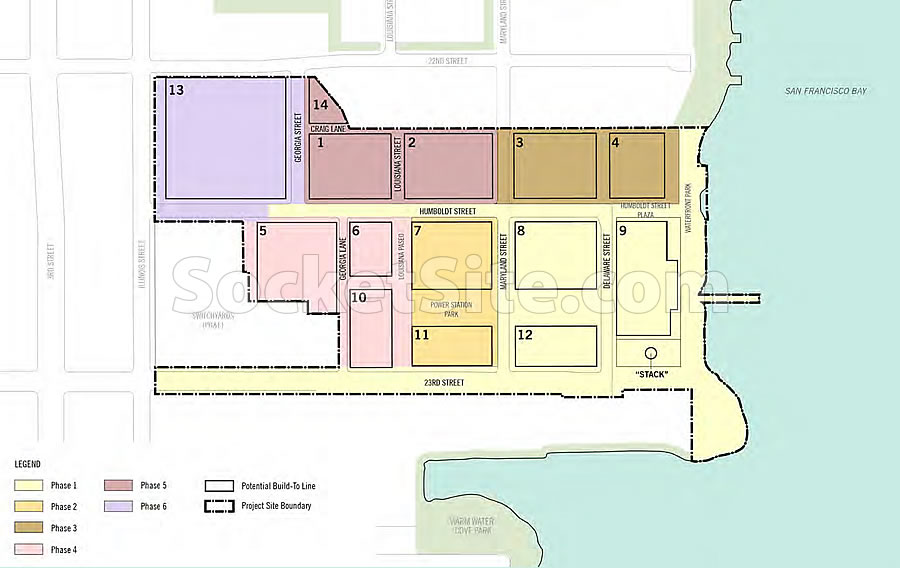 We’ll continue to keep you posted and plugged.